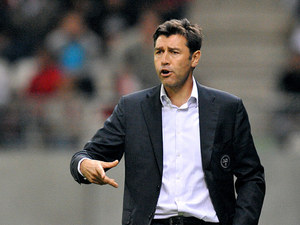 Lorient’s league form has improved lately, but they face a tough task this weekend as Lyon visit the Stade du Moustoir. The hosts have drawn with Montpellier and won away at Reims in their last two league games, keeping themselves four points clear of the bottom three as a result. Consistency has been a problem for Sylvain Ripoll’s side this season, having failed to put more than two consecutive league wins together all season.

Lyon, meanwhile, head into this match on the back of successive 1-1 draws with Monaco and fellow title contenders PSG. The visitors could have dropped down to third in the table by the time this match gets underway, so Hubert Fournier’s men will be under pressure to pick up all three points here and maintain the two point gap between themselves and Marseille and PSG.

– Lorient have won 15 points from a possible 36 at home this season.

– They are yet to win a home league match this season after conceding first.

– They have only conceded four goals during this unbeaten run, whilst scoring 21.

– In the reverse fixture in Week 7, Lyon thrashed Lorient 4-0 at the Stade de Gerland.