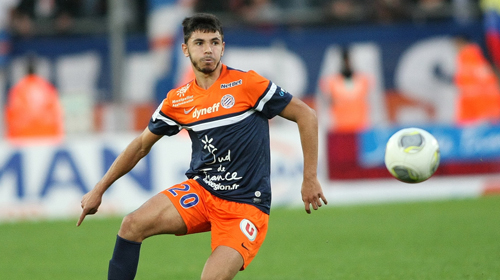 In-form Montpellier will be looking to extend their unbeaten run as they welcome Lille to the Stade de la Mosson. The hosts haven’t lost any of their last seven league games, winning four of them. This run of results has seen them rise 10th to sixth in the table and now manager Rolland Courbis will want his side to remain there for the rest of the campaign.

Lille, however, certainly wouldn’t be happy to end the season in their current position. The visitors are 13th in the league after an inconsistent campaign and will be hoping for their first win in four attempts. They held Nantes to a 1-1 draw last weekend, but manager Rene Girard knows his side need to start winning games if they are to return to the top half of the table.

– They have conceded just three goals in their last five league games.

– Lille have won just one away league match all season; against Caen in Week 2.

– They have lost all seven away league games this season in which they conceded first.

– In the reverse fixture in Week 6, these two teams played out a goalless draw at the Stade Pierre-Mauroy.