A 100+ Goals A Season Striker: The Creation Of A Monster

For around a decade now the great debate of who is better, Messi or Ronaldo, has rumbled on. For the most hardened Barcelona fans it’s no contest. Likewise for those die-hard Real Madrid and Manchester United fans. But what if the talents of both could be combined into one superpower?

That would bring together almost 900 goals in, 41 domestic trophies, and seven Ballon d’Ors and no doubt create the most skilful, most powerful, and most lethal striker football has ever seen.

Game Face, a fun face mash-up by Coral has merged the features of the two to see exactly how a mixture of the two legends would look if they were to put their lethal right and left feet together.

Not only does the interactive generator feature the world’s two best players but it also includes a plethora of other fantastic talents including Messi’s teammates Neymar and Suarez, Gareth Bale, Sergio Aguero, Andrea Pirlo, and Wayne Rooney. That means you can create a player with the jazzy hair of Neymar, the beard of Pirlo, and all the bite of controversial Uruguayan Luis Suarez.

You can choose the best facial features of each of the pros to create incredible players like Ney-ess-irl-ney and Sua-ess-Nal-lo, in what is a really fun generator which is rather addictive. It’s then shareable, so you can show off what your dream player will look like – although the players themselves may look closer to a nightmare!

We’ve created ours, why not give it a go? 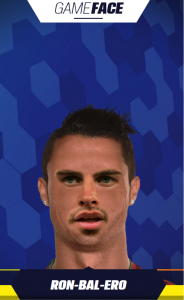 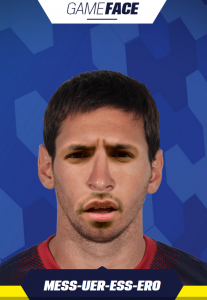 Fan incidents before Groningen vs Marseille