Can Griezmann and Lacazette fire France to glory at Euro 2016? 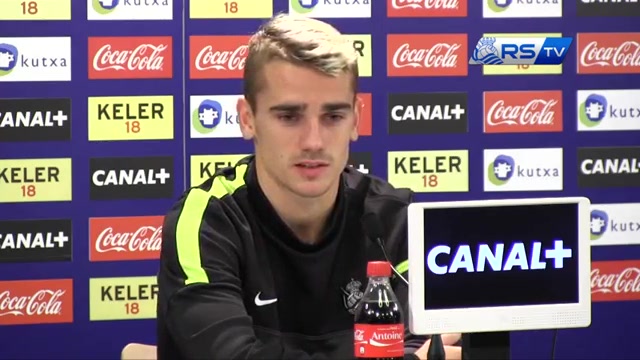 The French national team has enjoyed something of a renaissance in recent years, with much improved performances and team unity under Didier Deschamps pointing towards a much brighter future for Les Bleus. Reaching the Quarter-Finals of Euro 2012 and the 2014 World Cup was a significant step in the right direction following the well-publicised training ground bust-up and clear lack of harmony under Raymond Domenech in the largely forgettable World Cup campaign in South Africa.

Deschamps steered France through the muddy waters which ensued and continues to go from strength to strength, but fans may also point to the emergence of the new generation of players who could lead the country to major honours. While great things are expected from the likes of Raphael Varane, Kurt Zouma and Geoffrey Kondogbia, it is Antoine Griezmann and Alexandre Lacazette who has stolen the limelight for club and country as potential superstars who could have a big part to play in Euro 2016 in front of home support. Both players are expected to do well during a tournament where much is expected of France as hosts, and if recent international friendlies are anything to go by, then Griezmann and Lacazette could be a real threat to any defence.

A big-money move from Real Sociedad to defending La Liga champions Atletico Madrid was the big step-up that Griezmann has been waiting for, and he has more than delivered amidst the considerable pressure on his shoulders. Arriving as one of the replacements for star striker Diego Costa could have been a baptism of fire, but the weight of expectation to deliver the same impact in front of goal has not fazed Griezmann in what has been an excellent season for the Frenchman.

The 24-year-old has been a revelation at the Vincente Calderon, scoring 22 league goals in just 24 appearances and being a real menace in attack under Diego Simeone who has utilised his talent and ability to great effect. His pace, trickery and eye for goal has taken centre stage, with Griezmann’s fantastic form deservedly earning him a regular starting berth in the French national team. Deschamps has shown his trust in Griezmann to bring his club form onto the international stage, and although the talented striker has only two goals from the last eight friendlies since the World Cup in Brazil, his progression at Atletico Madrid could transform him into one of the best in Europe.

To say that Lacazette is making up for lost time after been criticised for failing to fulfil his undoubted potential would be an understatement, with the 23-year-old finally showing his true quality to become one of the highest scorers in Europe. 26 goals in just 30 Ligue 1 appearances for Lyon illustrate just how lethal Lacazette has been in 2014/2015, with a number of major European clubs taking a keen interest on a striker who has real pace, strength and ability to score every type of goal. His fantastic form for Lyon has merited a call-up from Deschamps, with his first international goal coming in the 2-0 victory against Denmark.

Lacazette progressed in the same Under 21 side as Griezmann, and if both players can further develop their strong understanding and telepathy, then the Lyon man could take the international stage by storm and fire France to glory on home soil in 2016.