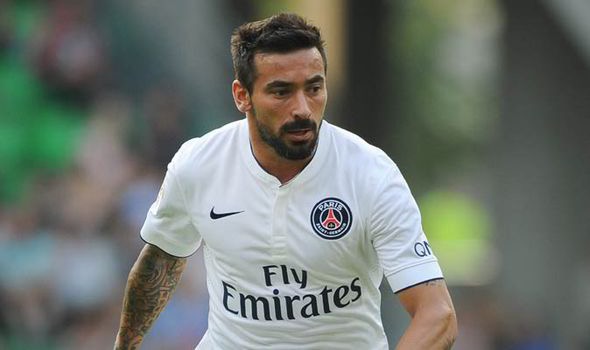 Josh Mart takes the opportunity to preview PSG’s away trip to Catalonia to face Barcelona in the Champions League quarter final second leg. The first game didn’t go at all to plan for Laurent Blanc and PSG, as Barcelona dominated and won the game 3-1 thanks largely to a stunning individual performance from Luis Suarez who scored twice. PSG were unable to get control of the game and what was tipped to be a difficult night for Barca, turned into being a fairly routine performance and victory.  A late Van der Wiel deflected strike gave Les Parisiens the smallest glimmer of hope for the second leg, but PSG will have to pull off something of a miracle if they are to reach the semi-final stage.

Barcelona faced Valencia at the Camp Nou at the weekend, and many predicted that they would suffer a ‘European hangover’ and struggle against an in form ‘Los Che’. Yet Luis Enrique’s men got the job done and won the game 2-0 with a goal in the first minute from Suarez, and a goal from who else but Leo Messi in the last. Messi’s goal was significant not just in wrapping up the points, but it was also his 400th goal for the club, an astonishing landmark for a 27 year old.

The victory means that Barca still remain top of La Liga, 2 points clear of Real Madrid with 6 to play. Barcelona are also in the Copa del Rey final, so they will be extremely keen to continue fighting on all fronts by advancing to the last 4 in the Champions League.

PSG faced a tricky trip to the Cote D’Azur to face Nice at the weekend, which they managed to navigate successfully as they ended up 3-1 winners. Pastore notched 2 goals and was instrumental in the victory. Saturday’s success was crucial for PSG as both Marseille and Lyon dropped points, Marseille lost at Nantes and Lyon drew in the Rhone derby with bitter rivals St Etienne. This means that PSG are now level on the points with OL, yet Laurent Blanc’s men have a game in hand. Like Barca, PSG are also in the French cup final, and challenging at the top of Ligue 1, so they will be equally determined to try and overturn last Wednesday’s disappointment in Barcelona tomorrow evening.

Unusually for Barca, they have no real injury concerns at this stage of the season, only the perennially injured Thomas Vermaelen is missing for this game. The Blaugrauna also welcome back Dani Alves after his suspension.

With this in mind I expect Barca to field a very similar team to the one that was victorious in Paris last week. Ter Stegenwill start between the posts, Alves will return to the right of the back four, alongside Pique, Mascherano and Jordi Alba. Rakitic Iniesta and Busquets are likely to be the midfield 3, but Luis Enrique could opt to start Xavi instead of Rakitic for this game. The only part of the team which picks itself (injuries aside) is the frighteningly talented trio of Messi, Suarez and Neymar who will be looking to add to last week’s 3-1 score line tomorrow night.

PSG welcome back Ibrahimovic and Verratti from suspension, but they will be without Thiago Silva who got injured during last week’s game, and Aurier who is suspended.

With this in mind, PSG are likely to alter things somewhat for this one. We at GFFN predict that Blanc will opt for a 4-2-3-1 formation as opposed to the normal 4-3-3 for the trip to Eastern Spain. Sirigu will start in goals and the back four in front of him is likely to consist of Van der Wiel, Marquinhos, David Luiz and former Barca man, Maxwell. David Luiz had a shocker last week when he came on, as Suarez nutmeggedhim twice before scoring his brace. Having Verratti back is a huge boost to PSG, as they missed his energy and ability last week. He is likely to start alongside Matuidi in the holding midfield positions. Lucas, Pastore and Lavezzi will hope to provide the creative spark for the returning Zlatan Ibrahimovic here. Cavani is tipped to drop to the bench.

Messi (Barca) – Despite not scoring in Paris last week, Messi played very well and set up Neymar’s opener, as well as hitting the post himself. Saturday’s milestone goal will only add to the little Argentine’s confidence and that is a huge worry for any team facing Barca. Expect him to score in this one.

Ibrahimovic (PSG) – Laurent Blanc has stated that PSG have ‘nothing to lose’ and that Ibra ‘loves that kind of game’. Zlatan will be keen to score at the Camp Nou once more and try and help PSG achieve the ‘impossible’. His finishing ability is fantastic and he does seem to thrive off this kind of game and atmosphere.

Despite PSG having key players returning, it is very difficult to tip them to win at the Camp Nou. I think that Barca have too much talent in forward areas, and the best attitude I have seen from them since the Guardiola era. They seem hungry to win this competition, and this spells trouble for PSG. It is very unfortunate for Laurent Blanc that PSG keep drawing Barcain the latter stages of the competition, but if you want to be the best, you have to beat the best. Im afraid this may have to wait until next season though.