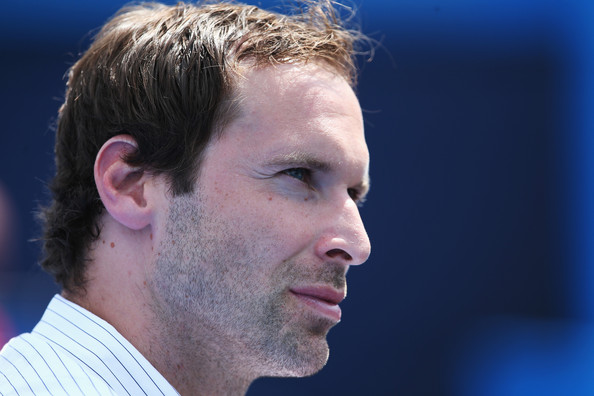 Speaking as a guest on RMC radio show Luis Attaque last night, Chelsea’s goalkeeping coach Christophe Lollichon spoke about Petr Cech’s future and the futures of other goalkeepers in the market: extracts below.

“We couldn’t have two magnificent goalkeepers like Courtois and Cech with us at the club for the several seasons. It could not last. A guy like Petr Cech sitting on the bench, it is not easy. I think that everyone knows the value of Petr Cech as a goalkeeper and I think now after the season just gone people know the value of him as a man. He never said anything despite his situation, he always defended the club.”

“I think that Petr at 33 years of age still has at least 3 or 4 excellent seasons in him. Whichever top club, all the clubs in the Champions League, he has the level, the experience to play for any of these clubs. A guy like Petr Cech adds value, whether it is Manchester United, Real Madrid all the clubs. Each time he played this season, he played 15 times, he was absolutely remarkable. His professionalism, he loves football, he’s an enthusiast, he is a perfectionist and the club where he goes will have a great opportunity ahead of them.”

“I know that it is talked about a lot (Cech to PSG), I am far from France but I keep up to date via internet. It is obvious that Petr Cech has added value, not that Sirigu is a poor goalkeeper, but I think that Cech is even better than him. Petr knows Ligue 1 well, the problem is when you come from the English league, with all the pressure that comes with it, the quality, the aggressiveness and the rigour that comes with this league, without criticising the French league, but it is true that the competition in France is a little lighter compared to the English league.”

“He wants to be in England more. However at the age of 33, you also have to look at the value of the contracts that are offered. The advantage of a club like Arsenal is that it is a club at a very high level. With a style of play that Petr likes, it is also in London, don’t forget that. And finally it is a club with big ambitions for the forthcoming seasons.”

“Does Tottenham have the same ambitions that a club like Arsenal has? Petr has three main aims. To enjoy himself, to win titles and to beat the all time Premier League clean sheet record, he is three away from that. To win titles, I think Arsenal are better placed than Tottenham. The Champions League, I think it is more Arsenal than Tottenham no?”

“It is not easy to leave a club (as a goalkeeper). After that all depends on, the aims that you have and on the league where you want to be. I have always said that the English league is the hardest for goalkeepers, but that doesn’t mean that every goalkeeper in the English league is good. Hugo Lloris has shown that he has the qualities to play in England, even if I think I still have some reservations over his ability to deal with aerial situations. I have heard that Steve wants to come to play in England. There are places that could become available. I don’t know what exactly is going on at Manchester United, but I think they’re drawing closer to Ajax goalkeeper Jasper Cillessen, the Dutchman, but there was also this desire to take Lloris, because he is quite similar to De Gea. I don’t think anything is done, I know Crystal Palace are also looking for a goalkeeper so there are doors that could open for goalkeepers.”