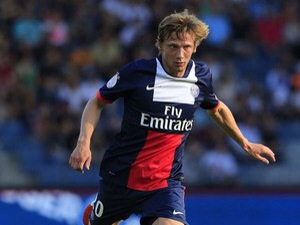 According to our colleagues at Sud-Ouest, Bordeaux have set a deadline today for the transfer of PSG central midfielder Clément Chantôme.

All of a sudden, the signing of a central midfielder is not as urgent with the earlier than expected return of Andre Biyogo-Poko from the African Cup of Nations, with Gabon being knocked out.

Bordeaux have reached an agreement in principle to sign Chantôme on a 3.5 year deal, but the fee agreement has not been reached.

Unfortunately, last night they had still not received the final go ahead from PSG, who cannot sell Chantôme until they receive assurances that Rabiot won’t be exercising his option to leave the club on loan this month and/or they sign another midfielder, possible Manchester United’s Andreas Pereira. Today is a decisive day in the window with 5 days remaining.

Moussa Sissoko to leave Newcastle in the summer, according to L’Équipe