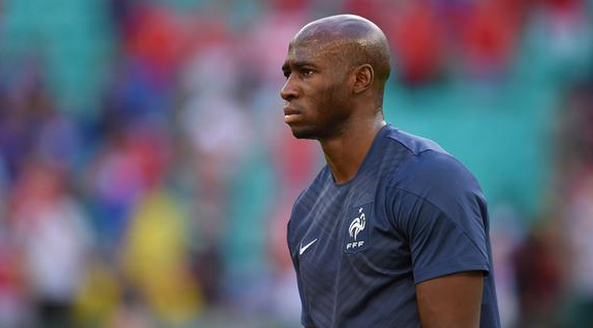 In an exclusive interview with L’Équipe, Manchester City central defender Eliaquim Mangala looks back on his testing first season in the Premier League and his subsequent transformation. The majority of the interview below.

After a difficult first season with Manchester City, are you in a Renaissance period?

Like the phoenix (laughs). No, I don’t think so. I was not lost, I was not dead. It is my process, quite simply. For some it goes quicker. For me, it took me a season to adapt. Now, it is underway and I believe that I will keep getting better. This is only the beginning.

What has changed compared to last year?

I have a year’s more experience in the Premier League, at my club. I needed to learn what the English league was about. At the beginning, you can think that you have an idea about what it is going to be like, but until you experience it, you do not realise what it is like. This year, I was also able to have a complete pre-season. Physically, I feel really good.

When you arrived at Manchester City did you think it would be easier?

I did not expect to see such intensity in each match. In the other leagues, there are big games where it is intense and smaller ones where you can allow yourself to deal with them differently. In the Premier League, if you are not physically ready, you can not deal with it.

How was that testing period for you?

It was not difficult. When I arrived at Porto, I had a similar situation. I was able to use that prior experience to know that no, there is no problem. I just needed to be patient, to continue to work, to get myself back to the required level.

It cannot have been easy with all the criticism that you were receiving?

I have an ability to be above all that. Criticism is part of the job. If you are not prepared to face that, you cannot be in the middle of it all, especially when you play in a big club. I know who I am, I know how I work. It do not go as well as I would have wanted but I still played 30 matches, more than at Porto in my first season. I told myself that my record was not that bad, and that I was going to use that to perform consistently.

Manchester City wanted to loan you to Valencia. How do you remain strong when there doubts about you emanating from inside the club?

That can happen in football. In my head, I was clear: I wanted to stay because I had not done anything yet. I am also not someone who subscribes to the style of leaving when you have yet to prove anything. Aside from that, the fact that the club has bought another defender, there is nothing illogical about that. We needed to reinforce ourselves because last season we won nothing.

By going against the wishes of the club’s representatives, were you not worried that you might be frozen out?

Not at all. I am someone who always thinks positively. I told myself that they will have to count on me. When you see all the competitions that we are going to be playing, I knew that I would play. I just had to stay mentally strong…

Today, have you taken revenge against those who doubted you?

Revenge… People on the outside, the media and maybe even some of the club representatives might tell themselves that, but me, I do not feel that way. Last year was difficult for the whole team. We focused on me because I had just arrived and because of my price… This year, I am simply trying to do more, to eradicate what wasn’t there (last year).