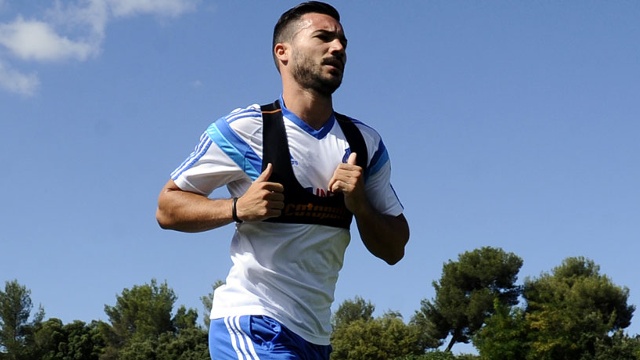 Shane Burns takes a look at the test lying in wait for Marseille in their Europa League opener against FC Groningen.

Following their impressive form in Ligue 1 since the appointment of Michel, Marseille’s season’s ambitions have increased as they look to continue their winning run when they commence their Europa League campaign against Dutch side, FC Groningen.

The south-coast side come into this tie on the back of a comprehensive 4-1 at home to Bastia on Sunday evening and will aim to push towards the submit of Ligue 1 following the shock early season departure of head-coach, Marcelo Bielsa.

Groningen’s start in Eredivisie has taken shape in similar fashion to that of their visitors. A 3-1 victory over Heerenveen last weekend emblematic of the club’s mixed start to the season continue as they fight to challenge for Champions League places in their domestic league.

Marseille go into the tie with a full strength squad to choose from. Michel’s only injury concern is whether Brice Dja Djedje will shake off a knock to be included. Karim Rekik could start in his home country but Michel is likely to make some changes to the side that dominated Bastia only five days previously, including a club debut for Mauricio Isla.

FC Groningen head-coach Edwin van de Looi may decide to keep to the side that successfully dominated Heerenveen at the weekend. Van de Looi goes into the clash with no fresh injury concerns and hopeful his side can achieve back-to-back home wins for the first time this season.

Romain Alessandrini (Olympique De Marseille) – The French winger has been the highlight of Marseille’s season so far, as the 26-year-old winger has been the catalyst of Marseille’s attacking strengths this season and contributed with three goals in five Ligue 1 games this season. His breath-taking pace, deadly finishing and playmaking ability will have the Dutch side contemplating man-marking the in-form midfielder.

Mimoun Mahi (FC Groningen) – One of the shining lights in the Eredivisie this season, 21 year-old Mahi has scored three goals in just 88 minutes of play this season domestically. Despite appearances from the bench, Mahi has proved that he will be FC Groningen’s greatest attacking threat to the Marseille defence along with former Manchester City youth and KNVB cup final hero, Albert Rusnak.

By the end of the match, Marseille will travel back to France in the hope of obtaining three points from their opening game and it is difficult to see that not happening. The Ligue 1 outfit’s squad is far superior to their Dutch counterparts despite the mass sale of the majority of last season’s first team. A two-goal victory and a clean sheet for Michel’s Les Phocéens is the most probable scoreline, much to the joy of the Marseille supporters.