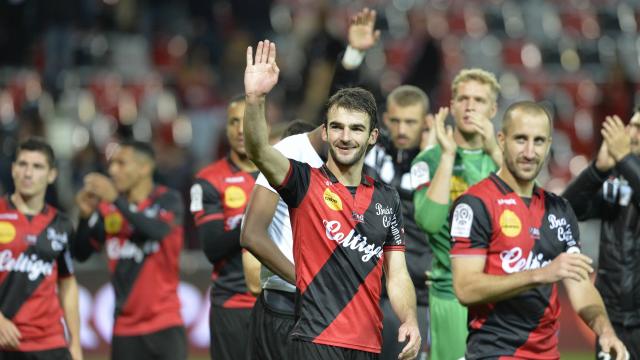 The Europa League returns today with the first of the knockout rounds – the round of 32. Ligue 1 side Guingamp, against the odds, are the only French side to have made it past the group stages, and have been rewarded with a tie against Ukrainian side Dynamo Kiev. The first leg will be played at the Stade du Roudourou, and, with Guingamp on a good run of form, they will fancy their chances to cash in on their home advantage.

Guingamp go into the game in fantastic form domestically. They have only lost 2 of their last 16 games in all competitions, winning 12 of them. That run includes wins over both PSG and Monaco, which shows that EAG are not afraid to step up their game against the top teams, which is what will likely be required against Kiev on Thursday. They now sit an impressive 8th in the Ligue 1 table, having been rock bottom of the league in early December following a series of heavy defeats. Their success, whilst of course a team effort, is largely down to the form of their star striker – Claudio Beauvue. He has 8 goals and 4 assists in his last 9 Ligue 1 games, and is deemed so important to Guingamp’s chances when they face Kiev that he was rested in their last game – a 2-0 victory over Ligue 1’s bottom side Metz on the weekend. Even without Beauvue, Guingamp managed to continue their fantastic form, as goals from Mandanne and Pied sealed a 2-0 win away from home. With EAG in such good form, backed by a vociferous home crowd and possessing one of the hottest strikers in French football at the moment, they will fancy their chances to fashion a win against Kiev at the Roudourou to give themselves a fighting chance when they visit Ukraine in a couple of weeks time.

EAG might also feel confident because their opponents, Dynamo Kiev, have not played a competitive game for over 2 months, with their last competitive game coming in the Europa League group stages – a 2-0 win away against Steaua Bucharest. However, the Ukranian side have been playing plenty of friendly matches in their break from competitive action, and have only lost 1 of their 11 friendlies – a 3-2 loss to Basel at home. Their form in those friendlies will give them confidence ahead of their clash against Guingamp, despite their lack of competitive action for a couple of months. In addition, their league form was second to none before their winter break, as they won 11 and drew 3 of their 14 games in an unbeaten run that saw them top the table, ahead of the likes of Shakhtar Donetsk, who qualified from the Champions League Group Stages. Whilst Kiev could have done without such a long break in competitive action, their form in the friendlies and their league form before the winter break will be a reminder that they are a top team.

Guingamp will be welcoming back star man Claudio Beauvue back into their starting line-up, having been rested against Metz on the weekend ahead of this game. He is expected to partner Christophe Mandanne in a front two who are very much in form at the moment. Guingamp will likely run their structured 4-4-2 system, which has been very effective for them in recent games. Jonas Lossl in goal has become more and more reliable over the course of the season, with Jacobsen, Sorbon, Leveque and Kerbrat a solid back four. Guingamp have plenty of options in midfield, with Sankhare and Mathis having started the last game in that position. Giresse and the returning Marveaux could start on the wings.

Given that Kiev have not played a competitive game for over 2 months, their line-up is somewhat hard to predict. However, looking back at their Europa League Group Stage matches, they favoured a fluid 4-3-2-1 system, with plenty of attacking threat in the form of the likes of Yarmolenko and ex-Montpellier man Belhanda, who will be very familiar to those who follow French football. Having kept hold of those two key players in the transfer window, expect them to line up once again against Guingamp.

What is there to say that I have not already said? I return to his run of form in Ligue 1, in which he has 8 goals and 4 assists in 9 games. With Lacazette currently injured, he is the most in-form striker in all of Ligue 1. His pace in behind is always going to cause problems for any defence, and you would be a fool to underestimate his ariel prowess. The Guingamp faithful do not call him ‘Air Beauvue’ for no reason – his jumping ability is something to be reckoned with. Expect him to cause Kiev’s defence all sorts of problems.

One of the most courted players in Europe, Andriy Yarmolenko is a real force to be reckoned with for Dynamo Kiev, and Guingamp should focus a lot of their defensive attention on containing him. The 25 year old won the 2014 Ukranian Player of the Year award in a landslide victory, in which he receive 4 times as many votes as anybody else. He can do it all, and EAG will do very well to contain him…

Despite Guingamp’s brilliant form, Dynamo Kiev are a very, very strong side, and will expect to come to France and get a result. I think it will be an exciting game, with both sides sporting some top attacking talent, but I am going to go for a draw: