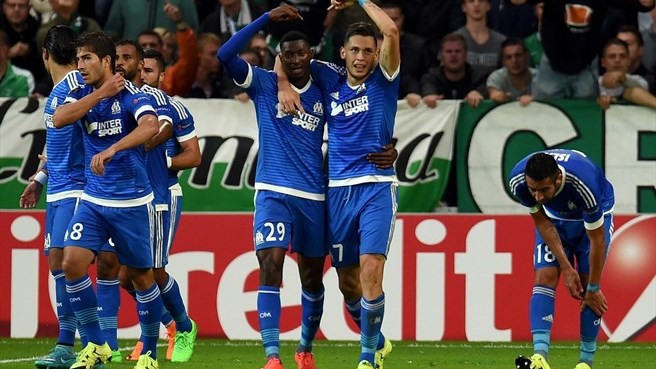 Shane Burns has examined Marseille’s second Europa League match of the season and the Ligue 1 side’s opposition at the Stade Velodrome on Thursday night.

Game-week one in the Europa League saw last season’s fourth placed Ligue 1 side, Marseille, end a ten-game winless run in European competitions after a comprehensive 3-0 away victory in The Netherlands over FC Groningen. Marseille will remain hopeful of cementing back-to-back victories in the competition, enhancing the Ligue 1 side’s chances of qualification to the next round.

Thursday’s meeting between the two sides will be the first competitive match featuring the two teams, but a victory over the Czech outfit will see Marseille end a five-game win less streak at the Velodrome in European competitions.

The Czech outfit have started the season in style with just two defeats in all competitions including Europa League qualification which saw them fail to concede in both away legs. Liberec remain third in their domestic league and are currently just two points off leaders Sparta Prague.

Fortunately for Marseille head-coach Michel, the south-coast side’s only injury concern is the calf injury Abou Diaby is battling but the midfielder is hopeful of a swift return after commencing training once again. The powerful midfielder aims to be involved in first-team action within the coming weeks.

Sunday’s home defeat to newly-promoted Angers was the club’s first loss in six games after such a disappointing start to the Ligue 1 season. Marseille’s eight games against Czech sides have ended with four victories, a draw and three defeats. Three of the four victories over side’s from the Czech Republic have resulted in clean sheets and Marseille goalkeeper Steve Mandanda will be desperate for this run to continue.

Slovan Liberec will go into the match against Marseille with minimal selection concerns as head-coach Jindřich Trpišovský will look to avoid a second straight defeat after losing 2-1 to Viktoria Plzen last weekend.

Slovan Liberec is the first, first team job for coach Tripisovsky whose methods resemble those of former Borussia Dortmund manager, Jurgen Klopp. His 4-2-3-1 approach has proven rather successful to a side who have had five managers in twelve months and managed to achieve relative success.

Michy Batshuayi (Olympique De Marseille) – The Belgian forward turns twenty-two on Friday and is currently Marseille’s top goalscorer this season. In his eight games played this season, the young Belgian forward has contributed to seven goals domestically, scoring five. His impressive performances have seen interest come from some of Europe’s biggest club, who are have rumoured to have scouted the young striker.

Marek Bakos (Slovan Liberec) – The Slovakian forward has been crucial in his side’s impressive start to the season. Now in his second season with the club, he has already scored five goals domestically in just eight games. Bakos has struggled with consistency throughout his career but have seemingly settled into life in Liberec with relative ease and will no doubt be keen to continue his impressive goal-scoring return to the season.

Despite such a difficult start to the season domestically, Marseille go into the game as overwhelming favourites against their Czech rivals. The form of Batshuayi could prove a too much for the Czech side’s defence and I feel he will be the difference between the teams. Liberec’s journey to Marseille is a 1,100km coach trip and it may add to the fatigue of the side. The depth in Marseille’s squad is far superior to their visitors and head-coach Michel will remain determined to record back-to-back European victories to try and ensure qualification to the next round.