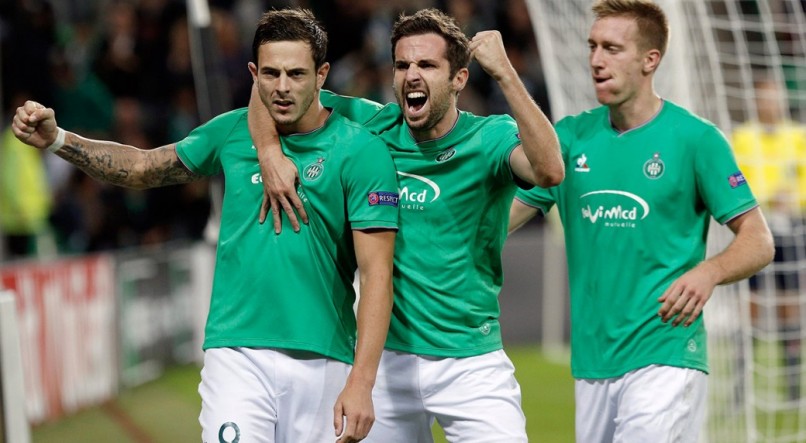 Christophe Galtier’s side have given themselves a wonderful opportunity to progress to the Knockout stages of the Europa League after back to back wins again Dnipro. Lee Davey previews their fifth group stage match.

Although Galtier’s men will be looking for maximum points in Norway on Thursday night, a point could be good enough for Les Verts to secure qualification. St Étienne are coming into the game off the back of a disappointing 2-0 home defeat against Marseille on Sunday night, and will be looking to get back to winning ways at the Lerkendal Stadion.

On the European stage, St Étienne have seemingly learned their lessons from last season’s campaign when a lack of goals ultimately put paid to their European hopes. Les Verts have scored seven goals in their four group games so far compared to just two in six group games last season.

Strangely, it was the defeat at Lazio on match day two that sparked St Étienne’s Europa League campaign into life after an opening day draw at home to Rosenborg. Since the reverse at the Stadio Olimpico, Les Verts have gone from strength to strength and are now on the brink of the knockout round.

Rosenborg are the 2015 Norwegian champions and their league season finished prior to the International break. They went on to claim a tenth Norwegian Cup on Sunday with a 2-0 victory over Sarpsborg.

Whilst St Étienne will be favourites on the night, the conditions will suit the home side with sub-zero temperatures expected in Trondheim by kick off. With Rosenborg all but eliminated and with their domestic season over, it remains to be seen what kind of team head coach Kare Ingebrigtsen puts out and what frame of mind his players will be in for the game.

With one foot in the next round, Les Verts can ill-afford any complacency and must aim to finish the job on Thursday night.

Christophe Galtier’s men have had to face away trips to champions Paris Saint-Germain and local rivals Lyon following their previous two Europa League ties which has influenced Galtier’s selections. With a home game against Guingamp next weekend, Galtier may opt to send out his strongest available side to secure qualification.

With the exception of Long-term injury absentee Robert Beric, Christophe Galtier will have a strong squad to choose from for this decisive group game. Galtier may opt to go with a similar team to the one that started against Marseille on Sunday night but with three games in a week, he is likely to freshen up his starting eleven which may include starts for some of his fringe players.

Rosenborg head coach Kare Ingebrigtsen may also look to make changes following the end of the Norwegian league season. With the Norwegian champions all but out of this season’s competition, Ingebrigtsen will almost certainly make wholesale changes to his line up for this game.

Rosenborg’s danger man will once again be striker Alexander Toft Soderlund who has found the next 29 times in all competitions so far this season. The Norwegian International has been the stand out player in the Norwegian League this season and always carries a goal threat in the attacking third.

Attacking midfielder Pal Andre Helland will provide another threat for the Norwegian Champions and St Étienne will need to look out for him. The Norwegian has found the target no less than 14 times this term including the winner in Sunday’s Norwegian cup final and will no doubt want to add to that total before the season draws to a close.

St Étienne can call upon the services of their gifted attacker Romain Hamouma. The Frenchman has been in excellent form so far this season chipping in with five goals in the Europa League so far and another two in Ligue 1.

The former SM Caen man has impressed this term with some eye catching performances for Les Verts and struck up a good relationship with Robert Beric prior to the Slovenian’s season-ending injury. Rosenborg will have to keep a close eye on the 28-year-old who will once again provide a threat in attacking areas.

With St Étienne coming into the game in good form in this competition and with qualification in their own hands, Les Verts will be expected to secure their passage into the next round in Norway. With both sides full of attacking intent, goals will be expected at both ends just as there were between the sides on match day one. With more at stake for the Ligue 1 side, I’m going for an away win.