Exclusive Interview: Moussa Dembélé: “It is a state of mind that we call beast mode.” 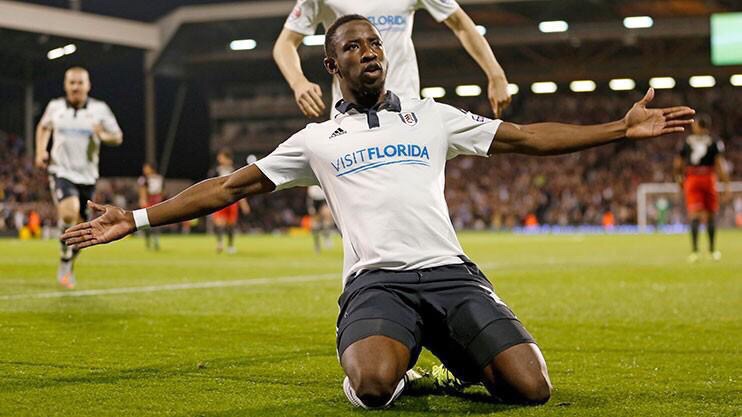 Fulham’s 19 year old striker Moussa Dembélé gave an exclusive interview to Get French Football News, during which he spoke about his ambitions to play for the top French national team, Muhammad Ali, his future at Fulham and breast cancer awareness.

You are currently with the France U20s who play a pair of matches against England this week. You started the first one and were unfortunate not to score. Do you think that this week is a good opportunity for you to show that you deserve a place with the France U21s? Or are you happy for now playing with the U20s?

I am first and foremost proud and happy to represent my country. It does not matter if I am playing for the U20s or the U21s, the amount of pride is the same. I keep my focus on what I have to do, which is scoring goals and playing good football. My target is the first team, the top national team, not just the U21s. It will come in time, there is no rush.

I am a competitor by nature. It is an objective like many others, but first we need to qualify.

You have been a very good form in this early part of the season, scoring 8 goals for Fulham so far. Do you think the main reason for this is because you have been receiving much more regular playing time?

In order to be able to score and to show the full extent of what you can do, you have to play regularly. I finally got the opportunity to show what I can do so far. I knew how to score, but at the professional level it is different.

The secret to my success is my state of mind and my agents played a huge part in that. We are very close and we talk all the time. They motivate me to make sure things are working in the way that they should be.

We often talk about great players like Van Basten or Henry and the ways in which Muhammad Ali and Mike Tyson focused on their fights for example. It is a state of mind that we call “beast mode”. I work hard everyday, I do extra training sessions and I have a personal coach as well. It is down to a combination of several factors.

Ross McCormack is a man who knows how to succeed in the Championship, having performed incredibly well for Leeds before coming to Fulham. Has he tried to help you improve and what have you learnt from him?

Yes he does. He knows his stuff and often advises me, as does Scott Parker. He is also a top player who helps me improve my game.

Last summer, there was a lot of speculation about your future, but in the end you stayed at Fulham. Were you however happy to receive interest from some big names in European football?

Every week the media is sending me to different clubs. It is funny and flattering but on a serious note I am focusing on Fulham and promotion to the Premier League. All the other things do not affect me that much. I don’t deceive. I give 100% everytime I wear the shirt. For the rest, my agents are dealing with it.

You recently wore pink laces to show your support for Breast Cancer Awareness Month. Does this cause have a personal importance for you?

I watch the NFL and I saw the players were wearing pink accessories so I did some research and found out that it was for breast cancer awareness. I got myself some laces from the United States and then wore them. It is a noble cause to support and I thought why not I do it too.

Finally, what is your ultimate football dream? The World Cup? The Ballon D’Or?

Why not both? In life you have to be ambitious, work hard and make sacrifices to get what you want. I will do my best to reach every single one of my goals.

Jordan Amavi out for the season