Exclusive | Yaw Yeboah: “I really want to be the best player in Africa.” 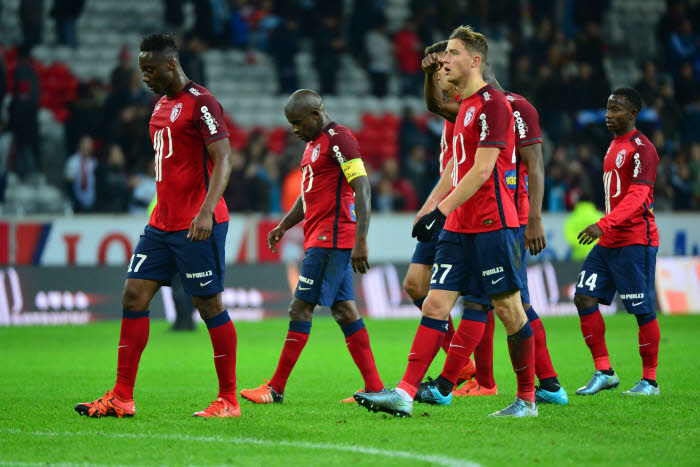 Lille loanee and Manchester City starlet Yaw Yeboah sat down for an exclusive interview with Get French Football News. At just 18 years of age, the versatile Ghanaian midfielder-come-attacker is on the cusp of nailing down a starting spot for Lille, in Ligue 1, in one of the top five leagues in Europe.

How did you feel when you found out that you were going to be starting your first Ligue 1 match against SC Bastia?

It has not been for a long time that I have been playing in this type of competition. I haven’t played in a top league before. When the coach told me that I was going to start the game. I was happy. With the four games that I had played in, Marseille but also against Nice, it had built my confidence.

So, when he told me that I was going to play, I mean there was no pressure on me though, but my confidence was high and I was happy. It was my first professional start in a top league, Ligue 1. We will see what comes from this. So, I went in, I was able to perform. The first half went really good, the second half it got a bit difficult.

How important has Hervé Renard been for you since your arrival at Lille?

When I first came in the club he was the one who came to me and told me that I really have to wake up. He said: if you are really good and you show that you want to play, you will play. It does not matter if you are young or if you have experience. At the end of the day, if you are good enough, you will play. So when he said that I realised that he had given me the confidence already.

It is up to me to show my talent and to work really hard to show that I really want to play. I did so, but he was important. Any time, he would come to and say: How are you? How is the family? That made me feel more comfortable. And it made me feel as if he believed in me. If you work hard, he likes you.

Were you surprised by Hervé Renard’s departure?

Yes, but this is common in football I think. He believed in me and was very supportive and I am grateful to him for that. He has been there for me, like a father. But now, I have to build a new relationship with a new coach, which I will do in the same way.

Have there been any specific players in the first team at Lille who have really helped you settle in?

Yes, Vincent Enyeama, as he is from Nigeria, he speaks good English. He would say to me work hard everyday, but that is the job you know. You come and train for just two hours, some people work at the office for like 16 hours a day. And then they by the end they might not really earn much. Maybe you earn something small, more than them, but you have to come here for just two hours so you have to give your heart.

And then, Renato (Civelli), I like him, because he always pushes me as well. “Go this side, go that side, go, go, stay, stay”. He is actually making me fit into the team really well because then I know what to do and what not to do, to help them at the back.

We talk a lot together all the time. And then the captain Mavuba too has been advising me to work really hard. I like all the players, they are all fine with me, we are together, and we do everything together.

Even though I am young, they are pushing me and I am happy because they are telling me what is good and what not to do. I really appreciate that from them. So I hope it is going to continue. And I think that will make me improve more.

At such a young age, how have you found the transition period, adapting to your new surroundings at Lille?

I don’t speak French. My agent really helped me; he worked with the club to help to push everything faster to help me settle in really well. When I came for the first two months, I kept the ball simple, simple, to get used to the environment and the players and for the players to trust me as well to be on the ball.

In football, you need the players around you to trust you. After that, even the coach said to me: “Hey, your holidays are over.” I was like: “What holidays?” He said: “Right now you are keeping the ball simple; this is not how I know you. I have seen your games, how you play. You just have to do whatever you are good at. So that is the reason you are here.”

He asked me to play, so then I had to wake up and do my best and run with the ball and to do whatever I like doing. My agent, Manchester City and the club: everybody really helped me settle in so fast and I think that has really helped me now.

And what about Lille the town, do you like it, is it a bit cold?

Yes, when I came it was fine, but now it is getting a bit colder. I don’t really go out. I go to training and come back home and then stay at home, cook something. But the town is really nice. The food has been mainly pasta though.

And how is your French?

In your latest game for Lille, against SC Bastia, you were playing in an advanced, right-sided attacking midfield role. Where do you want to play?

Perhaps not at the back, but even there I think I could but it is a bit more difficult, I would have to do more defending work. I don’t mind playing anywhere. But everybody knows that I am number 8 or 10. I love to play number 10.

It is early doors, but if Lille asked you to stay for another season after this one, just as a feeling, would you like to do that?

For now, I don’t really know but I really appreciate that I am getting time to play here. I settled in early and this is one of the biggest leagues in the world. I don’t mind. The decision will not be on me alone, it will be on Manchester City as well and my agent.

For me, this is one of the biggest leagues in the world. At 18 years old, playing at this level, it is not something bad, in fact it is really good. It has got my confidence up because I know that if I can do one really good season here, then I can play in any league in the world. I am not thinking about it, I am just playing.

You were arguably Ghana’s outstanding player in the U20 World Cup. Were you disappointed not to progress further than the Round of 16 and what did you learn from that experience?

I was disappointed because they were expecting Ghana to progress further because we beat Argentina. Nobody was expecting us to do that and then we did it. So after beating them everybody had the confidence that these boys were going to go far.

Not only was I disappointed because most people thought that myself and a few others were going to carry the team forward and the fact that that did not happen… I wanted us to go far, from Africa, we did a really good job in the African Cup and we really wanted to show that it was not just luck in the African Cup… It is football you know, it can happen. You just have to be focused and then see what will happen next.

What is your big football dream?

I really want to be the best player in Africa and also the world’s best I think. That is every footballer’s dream, but you know that. I am more focused on the African Best Player, to get to the top. And also to play in the top teams in the world as well.

That is what I am waiting on now, that is my dream. Win the Champions League, the World Cup and my league as well.

How much of a role model is Yaya Touré for you in that regard?

He is absolutely outstanding, all the time. He is always performing really well. For the national team, for his club. He is somebody that I have been looking up to.

Is a first international cap with the top Ghanaian national team an aim for you this season?

I think everyone is saying that I am performing well but I think that I also have more to do. And now I am focusing on my club. But if the chance comes and they call me up, I will be so happy. My mum and dad, they are always looking to see what I’m doing with the national team. It would make them happy as well.

But now, you know I am 18. If I get the chance then I will be happy. Rooney, Messi and all those players started playing for the national team when they were young and that made them what they are now. It gave them a different experience at an early stage. I am always ready. Now, I am focusing progressing well with my club and I want to keep doing that.

What are your personal aims with Lille this season?

By Christmas, I want two goals and three assists. I have made one assist so far in the Cup. I haven’t scored yet, but I am still working on it. I want to achieve my goal. We will see. I have got one and a half months more. I have been working really hard on my shooting and if I get the chance again, I will just take it and make it happen.

The Game They Cannot Stop – A Note from the Editor