Exclusive: Romain Saiss: “The star is the team” 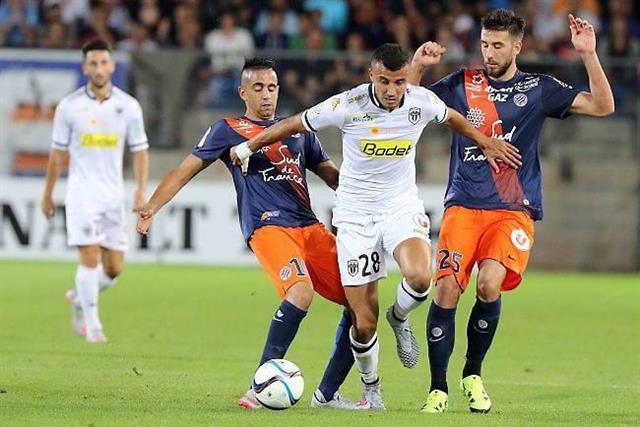 What do you take away from your two years with Le Havre?

Overall, I think it was quite positive because I think I progressed over there. I continued my progression compared with what I had been able to do at Clermont. I think that I could have done even better if we had not experienced this “difficult” year with everything that went on around the club.

Everything did not go as we wanted, myself included. That said, I am not disappointed with my time at Le Havre, I will take some good memories with me and I am leaving with the feeling that it is thanks to these two years at Le Havre that I have been able to ascend to Ligue 1, with Angers.

Do you think that the eventually unsuccessful arrival of Maillol as Le Havre president destabilised the club and the players?

In a certain way, it destabilised things yes. If there is someone who wants to buy the club, that is one thing, but that he does certain things with certain players behind others’ backs who are never aware of what is going on, that is something else. He decided to freeze certain players out even though he was not yet president. It was all a bit complicated.

A lot of things were not understood by the players and that played on the players mentally. When your future is so uncertain even though you had previously joined a project when you felt fully integrated and then, all of a sudden, you are rapidly ejected from the project. The fact that certain individuals were in the waiting room so to speak certainly had an impact on the squad. What he did and his manager Mr Thouvenel at the time seriously played on the morale of the players.

Was this a contributing factor to your decision to leave the club?

Certainly the club was in complete uncertainty when we arrived at the end of the season because there was no buyer, the club had no money and important players were set to depart. We didn’t really know where we were headed, the project was not clear. A team like Le Havre should be playing for promotion each season and that was going to be a bit difficult because of the financials of the club.

At the start, I was not against the idea of staying but I needed something concrete for the future, this is what Angers were able to offer me.

What convinced you about Angers?

They had an ambition to win promotion to Ligue 1 in five years and I think that they achieved that within 2-3 years, that is already something very good. I was told a lot of things about the club, there were a good amount of signings made. It is a user-friendly club with an interesting project, one which I wanted to sign up to for a long period of time.

I spoke to the Sporting Director and the general manager on the phone as well as the coach Stépahne Moulin who all called me to declare their desire for me to join Angers. It is always flattering and it proves that they have a certain belief in me. It played in their favour and that made me sign here.

What exactly, in terms of a project, did they propose to you?

You have been our radar since you first started at Clermont, where you rapidly became an important player in that team. You had the opportunity to go to Ligue 1, but you decided to opt for Le Havre and several seasons in Ligue 2 to complete your formative years so to speak. Today, do you feel ready for Ligue 1?

I remember that at the time I was hesitating over whether to join a Ligue 1 side or even a first division side abroad. Finally, looking back, I think I made the right decision. If I had quit Clermont immediately for Ligue 1, I would have certainly missed some stages of development. The time I spent at Le Havre was a supremely good thing.

Today, I am 25 years old, I have just got out of four years in Ligue 2, over 100 competitive matches, and I find that I have done the rounds so to speak and that it was time to take another step forward. The opportunity that Angers offered me came at the right time and I will finally be able to rub shoulders with those at the highest level and I hope to stay there for as long as possible.

Was it important for you to continue your progression in France rather than abroad?

Yes, since the start of my career I have never skipped out stages, I have taken slow, forward steps and up until now it makes me smile because I have continued to progress. This new project will help me progress even more but I hope above all to have a good season, and to help my new team in the best possible way so that we can do something good together.

What role will you be playing at Angers?

In all clubs, when you arrive, there are not necessarily any starting players or substitutes that have been specifically defined yet. In the squad, very few players have experience of Ligue 1, so we will all be a little bit in a discovery phase. We are all here to win our place, I will be the first to admit that.

It is up to me to prove myself to show that I deserve to play, which can be done through good preparation, good training session and serious hard-work when it comes to the work I do, good performances in friendly matches, to continue to work throughout the year and at one moment or another, that should pay off.

Not really because whether you are playing in Ligue 1 or Ligue 2, to be honest it is the same. We are not going to change the way we do things. It is not because this year we are going to play PSG and other big teams that things change. Maybe last year we played against teams that, on paper, were weaker but at the end of the day it is the same.

We are all professionals, if we want to progress we are going to have to approach each game seriously, whether that is in Ligue 2 or Ligue 1. There are no big changes, we just have to be as professional as possible and know that this year will be much harder than last year. It is up to us to do what we need to do.

Do you have the feeling that this is the year where you need to confirm your own place in Ligue 1?

That is my aim. It will also happen as a team. Before we talk about individuals, we must be strong collectively. Today, I have one foot in Ligue 1 and really hope that we have a good season, to stay up, like that we will have as much chance as possible to stay in Ligue 1. Individual performances will come naturally if, as a team, we do good things.

What are your first impressions at Angers?

They are very good. I am happy to be back on the pitch again and to play against an opposition if it was during friendly matches. We have done good things in our opening matches, we have hit full form just before the league starts we are starting to know each other better because a lot of us have only just arrived an we are try to acclimatise ourselves.

We are trying to increase the rapport between us. I feel that is better since the start of the season and I am quite confident for the start of the league campaign. Personally, I arrived in the middle of pre-season so I had not yet even had time to speak to the manager but that came before the league started. We know what he expects from all of us, that is essential if we want to go in right direction.