FEATURE: What is next for Toulouse? 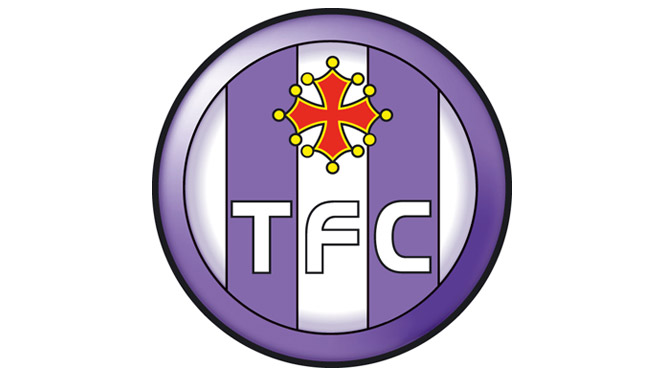 Do you know what Toulouse and Paris Saint-Germain have in common? They were established in the same year (1970). This may cause you to question what was going on in two of France’s biggest cities beforehand but never fear football was very much alive. PSG were formed following the merger of Saint-Germain and Paris FC while the former Toulouse club (also called Toulouse Football Club) “merged” with Red Star (now in National, France’s 3rd tier) which was more of an acquisition as TFC packed up their bags to play in Northern Paris in 1967, leaving Toulouse without a football club for three years.

Today, Toulouse are 17th in Ligue 1, they haven’t won in 6 games (scoring just 2 goals in those 6 games), are out of both domestic cups (knocked out on the 2 occurrences by neighbours Bordeaux) and are starting to find the long-term plan of being a consistent mid-table side a bit of a chore. Toulouse have that status now (they’ve finished in the top half for the last 4 seasons) but the club doesn’t seem to know which way to turn. Does it invest heavily to make Europe a possibility or does it stick to its rather uninspiring strategy?

Now, Toulouse are no strangers to France’s lower divisions. Formed in 1970, Toulouse had to wait for over a decade to get their first taste of top tier football in 1981. The 80s was a good-bad era for TFC. Finishing as high as 3rd in the top-flight at one point, but more often than not languishing in the middle of the pack. Their finest hour was of course knocking out Diego Maradona’s Napoli on penalties in the 1986 UEFA Cup, arguably the greatest single achievement of their short history.

However, the 1990s start poorly, with the worsening on-pitch performances colliding with a more competitive top flight causing some heart-stopping moments at times for the Toulouse faithful In 1991, Toulouse actually finished in the relegation zone but were given a get out of jail card when Bordeaux were forced to quit the division, bankrupt. Toulouse were saved by the financial inattentiveness of a rival and this near disaster served as a wake-up call for the club that decided to deploy a new strategy of investing heavily in its academy. The move paid dividends as players such as Fabien Barthez or Michel Pavon (who spent most of his playing career at… Bordeaux) were formed in Toulouse’s new setup. If the club’s internal structure was improving, its results were not. Relegation came in 1994 and the club took a solid three years to get back in the top flight under Alain Giresse. Their subsequent stay amongst France’s finest was however to be short-lived and the club’s third relegation occurred, aggravated by serious financial issues. The now infamous DNCG (who made it almost impossible for Lens to get promoted to Ligue 1 this summer and effectively destroyed Luzenac, a neighbouring club of Toulouse, ran by Fabien Barthez) relegated Toulouse to the 3rd tier for the first and only time in the club’s existence.

Times of great hardship often most accurately show a player’s and indeed a club’s true qualities and this was certainly the case in the southwest of France. This was when the club showed its strength of character. A new chairman was elected, Olivier Sadran, who took advantage of the potential and undervalued market price (mainly due to the relative unpopularity of football, with rugby being the town’s sport of choice) that buying the club offered and set about convincing charismatic, established players to stick by Toulouse despite their relegation. Toulouse consequently gain another promotion to the top flight in 2003. That is where they have stayed ever since.

Fast forward to 2015 and Toulouse have been in Ligue 1 for over 10 years, played a Champions’ League tie (lost to Liverpool 0-1; 0-4), had equally short experiences in the UEFA Cup (group stage exits on two occasions) and are all too rarely equipped to tackle the big boys when it comes to Europe.

Which brings us back to the original point: where do Toulouse go from here? The goal of being an established Ligue 1 side has already been attained but the club has not pushed on to greater things. Granted the budget that Sadran allocates every year means that TFC are simply unable to compete with PSG but you do sense that the club’s inactivity in the market last summer has caused them to miss the chance to get in and amongst Ligue 1’s top eight this season.

The academy also seems to have taken a turn for the worse: Toulouse have sold their youngsters, but not to European powerhouses so the return on their initial investment was minimal. Moussa Sissoko and Etienne Capoue, the club’s most promising prospects, have left to play in England while other academy products such as Franck Tabanou and Cheick M’Bengue have left for clubs of the same size as Toulouse’s (Saint-Etienne for the former, Rennes for the latter) which means that they have strengthened a competitor for European places. Currently Rennes are 10th while Saint-Etienne are in the running for a Champions’ League berth, compared to Toulouse’s lowly 17th placement.

The club currently appears to lack direction, with a peculiar recruitment policy which involves them attempting to exploit the competitive prices of players on the Easter European market, with Uros Spajic, Alexsandar Pesic and Dragos Grigore all failing to make the impact that manager Alain Casanova might have hoped for. Their aforementioned, relative naivety when it comes to selling their best players, points to a lack of competent negotiators which has seen Toulouse receive bad deals on major sales, limiting their reinvestment capabilities. Toulouse must be wary of dismissing their current position as simply bad luck and be diligent not to develop a frame of mind whereby they thing they are simply to big to go down. The threat of relegation is real until Wissam Ben Yedder can find his scoring form again and Alain Casanova can find a settled defensive unit without individuals who are error-prone.

This being said, relegation would not kill the club financially this time. President Sadran is the chairman of Newrest, which is an international catering company that is continuing to succeed, especially in the European market. Still it is not too late to avoid this rather unwanted fate and start thinking about a new, improved strategy other than accepting mid-table mediocrity. Maybe it is time to be bold and make some wholesale changes to this club, Mr` Sadran.

Gael Danic has completed a move to SC Bastia

A GFFN 100 Profile: What you need to know about Pape Souaré