Franck Tabanou: “Why did they buy me?” 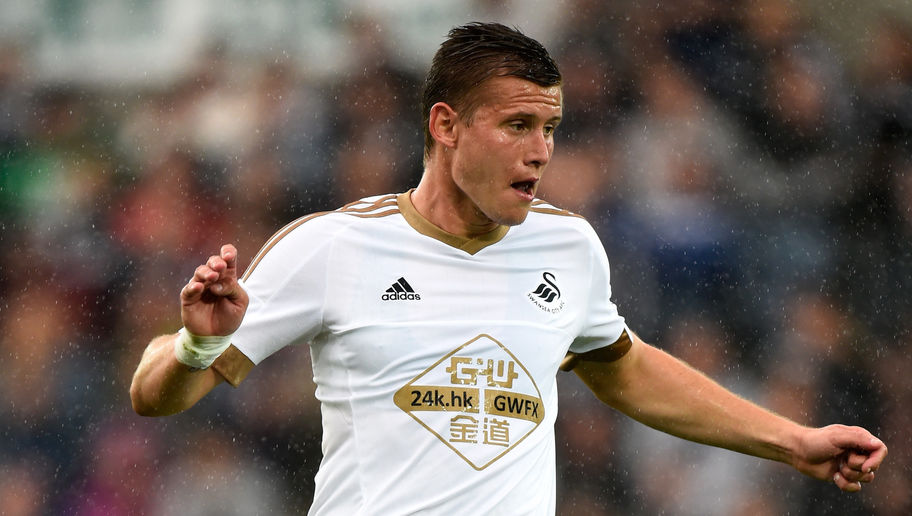 French left-sided player Franck Tabanou has given an interview to L’Équipe where he explains his incomprehension as to why Premier League side Swansea bought him the summer, having played very little so far. Extracts.

You moved to Swansea in July and have played just twice for the first team, how would you sum up your start here?

It was not at all what I was expecting. Me, when I chose the club, it was with the idea to reach the next level in my career. When Swansea came for me, I had the impression that they wanted to value me. I even told my agent to shut down all the other options, whether it was Dynamo Kiev, Sevilla or other clubs. Swansea is a very good club to progress in. I had a good pre-season, things went well. I was playing half of the matches, the other left-back the other half. Since then, nothing.

Do you think you have been fooled about the nature of the project here then?

Fooled, I don’t know because I think that the coach likes me. But I do not know why I am not being played. At the start of September, he spoke to me, he explained to me that I needed to adapt to English football, that I needed to change the way I defend by being harder, closer to my defender (central). I am a player who works in anticipation. I am trying to make these changes, to evolve that. Maybe I am not 1.95m but I know how to defend.

How are you dealing with the situation?

I am disappointed. I know that even in periods like this, you learn. But I have never been used to this. The hardest thing, is to see that there is not even competition. I am not even in the squad! The only times that I was in it were because of injuries or a birth concerning a team-mate… I do not understand. I am not 17, I am not a youngster starting out. And I am not 30 with my career already done. I am here, I repeat, to reach the next level. I do not have any time to lose. I am not saying that I have done everything in the world of football but I have played 250 professional matches. I ask myself: but why have they bought me?

You must have asked yourself if you were good enough. Do you feel inferior?

At the start, I have to say, I arrived “a la française”. At training, I was not cutting it. I am not a guy who is going to put maximum intensity during sessions. Maybe physically, I was under what was required. But now, that is not at all the case. In the tests, I am one of the best. In no case, even if there is a lot of intensity, am I at all inferior.

You have come out of a full season with St Étienne where you were consistently being singled out for praise, do you feel like you have taken a step backwards?

Will you look to leave?

I cannot stay like this. If this continues, we will make a decision in December. But, me, I am just asking for my chance. It is a club who has been following for more than a year. They made a considerable financial offer for me, they must have discovered my abilities.

7 hospitalised in post-match violence after SC Bastia vs PSG