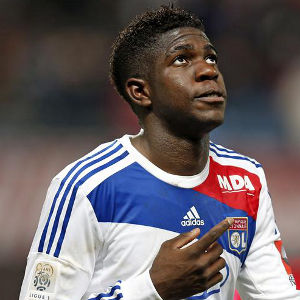 According to our colleagues at Foot Mercato, a host of Premier League sides have earmarked Lyon’s promising central defender Samuel Umtiti as a long-term target to continue tracking.

Manchester City, Arsenal, Tottenham, Southampton and Everton have sent representatives this season to watch central defender Umtiti and Bundesliga side Wolfsburg remain very interested in the player, according to journalist Khaled Karouri. The German outfit are believed to have contacted the player’s entourage.

The report also claims that several Spanish sides, notably Real Madrid, are following the player. Umtiti will certainly be receiving calls this summer, even if he might decide to remain with OL for another season.