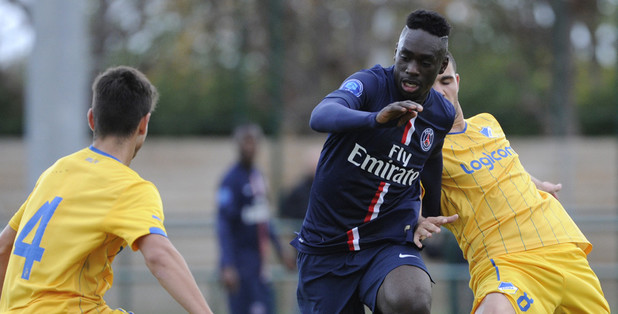 PSG have announced on their official club website that 17 year old Jean-Kevin Augustin has signed his first professional contract with the club, with the contract running until the summer of 2018. Augustin is very highly rated in France, and was linked to signing for Premier League sides West Ham United and Arsenal before signing his contract with PSG.

This is what Augustin had to say on PSG’s website: ‘Paris Saint-Germain is the ideal club for me. Being born in Paris, it is of course the club of my heart, and this is the perfect club to learn how to become a professional player. I’m going to progress alongside great players and become part of this very ambitious project.’

PSG President Nasser Al-Khelaifi added: ‘It is natural that we put our confidence in young talent from our academy. We are very pleased that Jean-Kevin Augustine chose to sign his first professional contract with us because he represents the future of Paris Saint-Germain.’

Ferreira-Carrasco remains coy about his future

Moussa Sissoko: “I want to play in the big competitions”