Jimmy Briand: A New Lease of Life at Guingamp 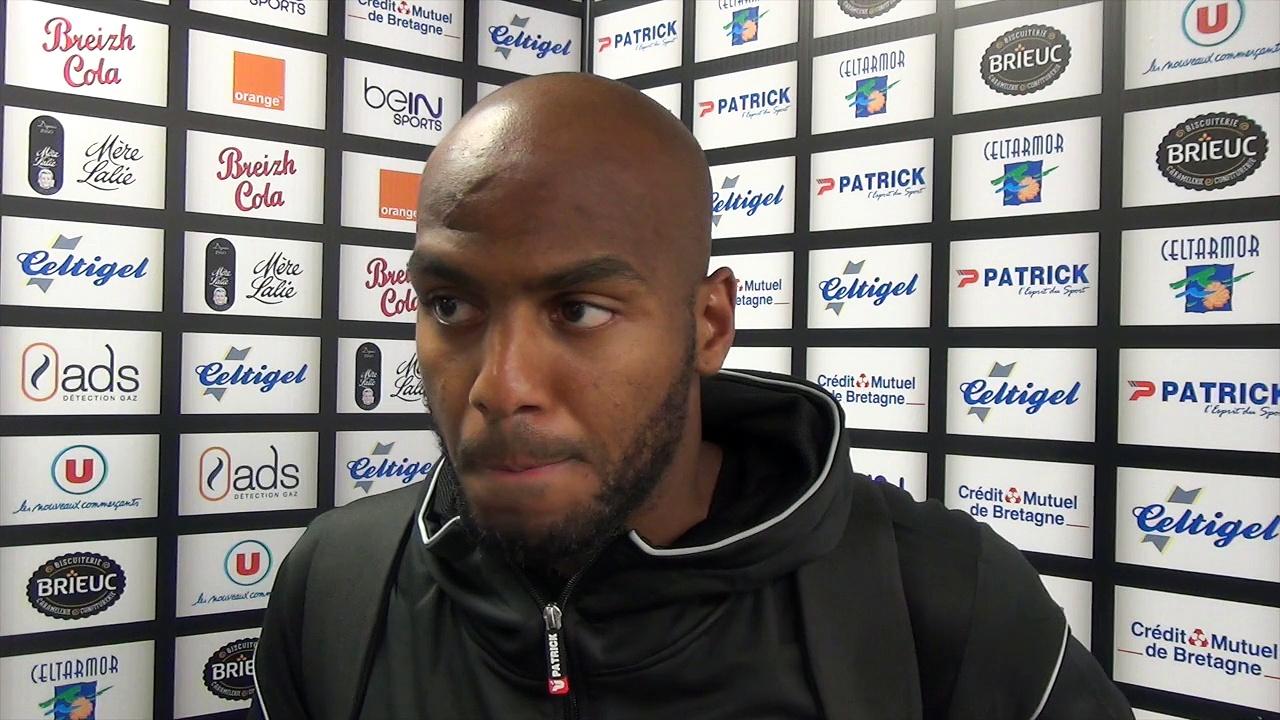 Eric Devin has a look at the return of French attacker Jimmy Briand to Ligue 1 with Guingamp and whether or not this might be a match made in heaven.

While it is still early in the season for En Avant Guingamp as they seek to recover from the losses of Christophe Mandanne and Claudio Beauvue, their two leading scorers last season, things may not be quite as dismal as previously thought in Brittany.

After starting the season with three consecutive losses, failing to score in any of them, things had looked dismal, especially with other sides tipped for relegation getting off to strong starts. Despite falling to leaders Paris Saint-Germain yesterday by an unflattering 3-0 scoreline, signs of hope have arrived in the form of the strike partnership meant to replace Mandanne and Beauvue, Jimmy Briand and Sloan Privat.

Privat, signed on loan from Belgian side Gent, has plenty of Ligue 1 experience, including several seasons at Sochaux and a loan spell last season at Caen. Whilst never the most eye-catching of talents, his bulk and power have still enabled him to produce a more than respectable goals-to-minutes ratio, making him an effective weapon off the bench, or a physical target man.

While Privat’s arrival at the Roudourou was hardly cheered to the rafters, his grit and determination are of the level necessary to battle for survival in Ligue 1. Despite not getting off the bench against the champions, as Jocelyn Gourvennec’s much-changed side seemed to indicate the club taking a pass on getting any sort of result, Privat has already notched two goals in five appearances, both the sort of instinctive, one-touch finishes that are exactly what EAG have needed to boost their confidence.

As much as Privat has brought to the team in the form of being a solid, if unspectacular target man, the real find of the season for Guingamp might just be his strike partner. The Ligue 1 leader in assists with three, (including both of Privat’s goals) as well chipping in with a goal of his own, a spectacular overhead kick against Ajaccio at the weekend, Briand has been involved in all but one of Guingamp’s goals thus far, a remarkable rate.

Despite his failure to affect the match against PSG, the former French international looks to have every chance of being the catalyst if Guingamp are to achieve another against-the-odds midtable finish.

Briand first made his name as a pacy winger/striker at Rennes in the latter part of the 2000s, never scoring much but being the type of speed merchant that could drag defenders out of position. With the likes of John Utaka, Moussa Sow and Mickael Pagis occupying the central roles, Briand was never afforded much of an opportunity to occupy a central role.

He did notch eight assists in 2009-10, good for fourth in the league, and with Lyon on a buying splurge that summer in the wake of their Champions’ League success, Briand was easily lured by a fatter wage packet and European football.

Things never went exactly to plan, though, as Briand and fellow summer signing Yoann Gourcuff endured a rocky start to their Lyon career, the club crashing out to Real Madrid in the Round of 16 in the Champions’ League and barely scraping third place that season.

The next summer started the club’s mass exodus, as Miralem Pjanic and Jeremy Toulalan, important midfield cogs departed and the club failed to qualify for the Champions’ League for the first time in over a decade. More departures followed, with Briand becoming increasingly marginalised and injury-hit, it was no surprise that he bolted for greener pastures when his contract expired.

His move to Hannover 96 came with more playing time, but despite a decent performance on Briand’s part, the club flirted with relegation for much of the season, and he was still denied the chance to operate centrally. Willing to take a wage cut and move on a free to play in Ligue 1 once again, his return to Brittany smacked of a club taking a flyer on a past-his-prime veteran, a one-dimensional player whose limitations had been found out at the highest level.

And really, Briand had given those who would say that little evidence to refute any such assertion, having never been the effervescent presence of his Rennes days at either of his subsequent stops.

On the evidence of the previous three matches, however, there may yet be something left beyond a player desperate to continue his career in a top league, even if it means taking a step down from his heady days at Lyon.

While his touch has never been his strongest suit, the freedom of movement that Briand has been finding playing centrally off of a more traditional striker in Gourvennec’s 4-4-2 is tremendous.

Using his pace to take up dangerous positions and slipping the ball through to an onrushing midfielder or a poaching striker in the box, the dynamism and unpredictability on offer from the former Lyon man has been a huge asset to the club.

Last season, Guingamp’s method of attack was brutally predictable, if effective, looking for the heads of Beauvue and Mandanne.

Now, although the likes of Privat and youngster Marcus Coco mean that route one football is still an option, the raw creativity of Briand adds a real wild card to the mix. Finally given his chance to be the primary attacking conduit through his link-up play, Briand seems to be embracing the chance eagerly.

While his defensive contributions and first touch are still lacking, those were never his best assets to begin with, and rather than hand-wringing over those deficiencies, Gourvennec is surely excited to see his team demonstrate some level of threat going forward. It is clear at this point that Briand will never, at 30, be back to the flying winger that saw him earn several caps for France.

That said, rather than wishing for a return to his past glories, we can laud him for being willing to take a step down to play in a situation that suits his style and talents, something that seemed very far away indeed during his time at Lyon.

Nicolas N’Koulou unsure about his future

Yoann Gourcuff out until 2016