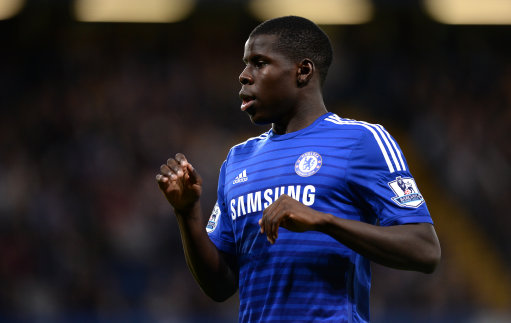 Speaking to Canal +, Chelsea central defender Kurt Zouma admitted that he dreams of the Ballon D’Or.

Zouma had the following to say on the TV channel’s flagship football show Canal Football Club on Sunday evening:

“I think about it. It is a dream for me. I am somebody who dreams,” he said about the Ballon D’Or.

Zouma was then asked Chelsea and another French defender who made his name for himself there, Marcel Desailly:

“I am often compared with Marcel Desailly, but he, he made a great career. He is a football legend. He did a lot of big games. I have only just arrived on the scene and I have a lot to prove.”

Zouma was also asked if he regretted making a move to such a big club at such an early stage of his career:

“I do not regret it at all, because it is the club that I always liked. I did not play a lot at the start but now, it is starting to go better and I am very happy.”

The topic of him playing in a defensive midfield role also came up in the interview, to which he replied,

“It is beneficial for me. I am learning, because in this position you do not have very long to make a decision.”