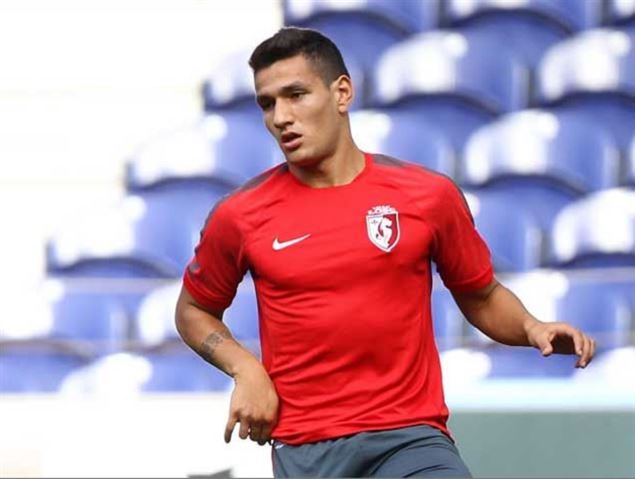 1) Lopes the difference for Lille again

Much like Thorgan Hazard at Borussia Monchengladbach, Rony Lopes’ time at Lille has been a fine example of the potential benefits of British-based players going on loan to foreign clubs in order to gain considerable top flight exposure. Rather than getting knocked about in the lower reaches of the English league, fighting for their place with Premier League rejects or never-weres, a foreign loan affords the player to experience more advanced tactics, play against a variety of international talent, and in the cases of Hazard and Lopes, even gain match experience in European competition.

With Financial Fair Play looming ever larger for Europe’s biggest clubs, Ligue 1 should continue to be a loan destination for players on the books of these titans, as it offers just the right balance of physicality, pace and tactical variability to be the ideal proving ground for youngsters to show themselves ready for the Premier League.

In Lopes’ particular case, he was brought in by Dogues manager Rene Girard to facilitate the attack, re-focusing an offence that had been overly reliant on Salomon Kalou last year. The Manchester City academy product would facilitate the move from a negative 4-3-3 to a more positive 4-2-3-1 (ideally) or 4-3-1-2, depending on personnel, acting as a trequartista behind a physical forward or two.

The move to two holding midfielders from three allows not only more creativity going forward, but also allows for more rotation among Florent Balmont (34), Rio Mavuba (30) and Idrissa Gueye, something which has been especially important with the demands of Europe, which added a further ten matches to Lille’s fixture list before the turn of the year.

Lopes struggled through much of the autumn with injury, but as he has returned to full fitness, his performances have improved, becoming one of the first names on the team sheet and dragging the club away from the relegation places by manufacturing narrow wins.

While Lille are still essentially a defensively sound counterattacking side, what the young Portuguese allows is a versatility in attack that is down to his combination of physical presence and passing intelligence. Able to take on a shot with a mix of power and technique while remaining a passing threat by holding the ball up, to involve either onrushing midfielders or physical forwards, Lopes’ dual threat makes him exceptionally difficult to defend against.

His two most recent matches, this weekend’s win over Guingamp and last weekend’s victory over leaders Lyon were perfect examples of this. The Portuguese was involved in all three of his side’s goals, setting up Nolan Roux for the match’s solitary tally at the Roudourou and scoring and assisting Gueye as Les Dogues completed a surprise 2-1 victory against the Ligue 1 leaders.

Lille will never fill the net in the manner of the top three, but with Lopes at the helm and Simon Kjaer and company still delivering fine defensive performances, their attack can provide enough going forward to rack up the points necessary to not only avoid relegation but potentially challenge for European places, if not this season, then next.