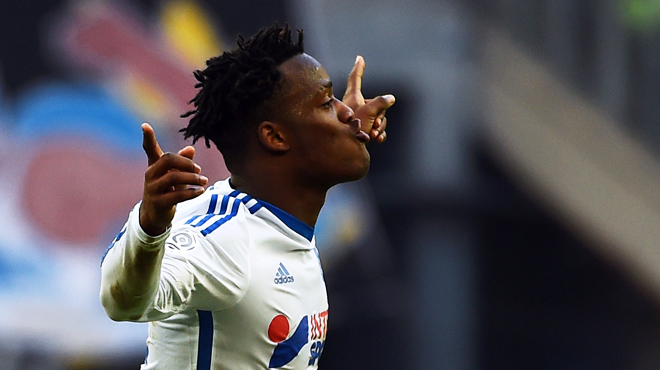 Simon Scutt takes you through this week’s Get French Football News Ligue 1 Team of the Week.

Reims welcomed Metz to the Auguste Delaune with neither side in particularly good form. Neither side had won in 2015 and the teams played out a fairly closed match in which both sides had a half in which they were the dominant force. Agassa in the Reims goal kept his side in the match making seven saves to ensure they did not succumb to their neighbours.

Bordeaux continued their decent recent run at Rennes on satruday night. Bordeaux eqaulised through a penalty that looked far from beign certain. Bordeaux are now unbeaten in five matches since Nice won at the Chaban-Delmas. The Rennes goal was the first goal that Bordeaux had conceded away from this calendar year.

With the draw away to Reims Metz scored their second point away from home in 2015. Hardly a match that will stay long in the memory of the 12,575 spectators in Reims. Nevertheless a point is a point and there are still almost a third of the championship to play. Metz will need to pull off a mighty set of results to see themselves playing in Ligue 1 next season.

Lyon knew that they if they wanted to reclaim top spot then they had to defeat Nantes at home on Sunday afternoon. They dominated the match from first to last but could not break down the visitors, chances went a begging before a Nabil Fekir flick trickled over the line to give Lyon the win and they stayed top of the league.

Friday night’s clash on the south east coast saw a teams for whom goals have not exactly been abundant of late. Nice were the most attacking of the two sides as they sought to capitalise on their numerical superiority . But the away team would take all three points late on in the match. Nice’s twenty year old left back stood out again even in a losing cause.

Caen’s veteran midfielder Julien Feret keeps rolling back the years in 2015. Five goals in his last six outings for the Normandy side. He has also laid on three goals in that same set of matches. He opened the scoring for Caen from the penalty spot against Lens on Saturday displaying good levels of sang-froid before he set up Sala for Caen’s fourth.

Having thrown away two points in the dying seconds at home to Caen the previous week victory was imperative this week for the champions. Without a number of players through injury it was down to local lad Adrien Rabiot to be the difference between the two sides. His first goal saw him curl the ball home following Zlatan’s lay-off before poking home after good work from Javier Pastore for the second in the second half.

Montpellier were able to capitalise on their opponents’ tiredness after Guingamp’s Europa League exploits on Thursday night.  From the second minute they were in the lead, Morgan Sanson passed the ball into the net from the edge of the box to give his side the lead. Guingamp dominated the possession statistic but the away side were by the more efficient doubling the lead in the second half.

Bastia’s resurgence continues with a good win over Lille on Saturday, the turnaround in fortunes sees the coriscans climb into the top half of the table. Gael Danic arrived from Lyon during January and was at the heart of this win. He set up both goals for his team-mates chipping the ball onto Giovanni Sio’s head for the first goal before setting Floyd Ayité free for the winner.

Caen are on the crest of a wave right now and this continued into Saturday’s six pointer with Lens. Caen reshuffled their attacking option during the winter window when they brought in Emiliano Sala from Bordeaux. After a shaky start Sala has been on top form in the last few games. On Saturday he was involved in nearly everything Caen did. He won the penalty for the first goal before his stunning long range strike doubled the lead. Then it was him again who finished with the outside of his foot to make it 4-1. Caen have taken more points in 2015 than they did in the whole of the first half of the season.

A game marked by its substitutions the draw that did not help either side in Sunday’s show-down between Saint Etienne and Marseille. After the home side opened the scoring on 54 minutes, Bielsa made a triple substitution around the hour mark and it paid dividends almost immediately when Belgian striker Batshuayi scored a double within five minutes of taking the field. Both goals came from close range showing off his good foot-work and composure.