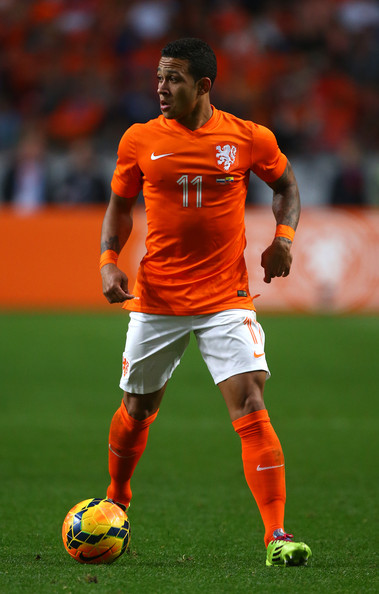 With PSG’s attacking force not quite firing on all cylinders, and the potential exits of some of their forward players, reports have emerged that the Ligue 1 side are thinking of making a move for Dutch winger Memphis Depay.

Depay, still 20 years of age, had an impressive World Cup with the national side last summer, and has scored 16 goals in just 21 games for his current side PSV in all competitions this season.

According to a source of Footmercato close to PSV, PSG are ‘very interested’ in signing the winger, and ‘Memphis appreciates Paris, and would be very happy to join such a club.’ However, Depay is reportedly also courted by a lot of other clubs, including top clubs in Germany and England.