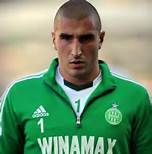 According to L’Equipe, AS Roma and Borussia Dortmund have confirmed their interest in Saint-Étienne goalkeeper Ruffier for the summer.

Stéphane Ruffier (28) has played over 100 games for the two Ligue 1 sides AS Monaco and Saint-Étienne in his ten year career and was captain of the former team.

GFFN can confirm that his current club, St Étienne, would want at least €12m for one of the club’s most experienced players and important figures.