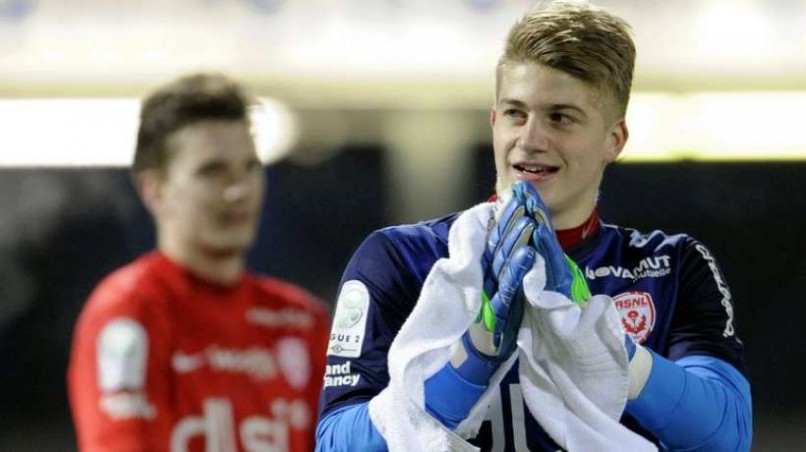 Get French Football News understands that Ligue 1 side SC Bastia are interested in signing AS Monaco goalkeeper Paul Nardi, most likely on a loan deal, for next season.

Nardi was loaned back to AS Nancy last summer by AS Monaco after tying the player down to a long term contract. In recent days, AS Nancy have approached AS Monaco representatives over extending that loan for another season, but ASM are believed to want to loan the player to a Ligue 1 side if possible for the next campaign. As a result, SC Bastia are understood to have tentatively approached Monaco over a loan deal.

According to sources contacted by GFFN, SC Bastia representatives are anticipating an eventual rejection from PSG over extending the loan of Alphonse Areola for another season in Corsica. With the departure of Claude Makélélé and the non-playing time of Hervin Ongenda this season, the relationship between the two clubs is not what it was last August..

Should SC Bastia confirm their position in Ligue 1 for next season, there is no doubt that the goalkeeping situation will be animated in terms of transfer window speculation, as it is an important position to recruit well in.