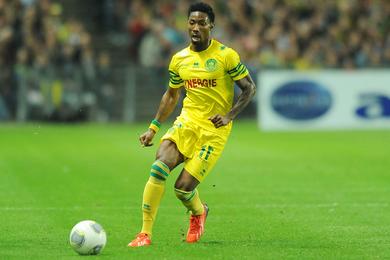 According to the Nantes edition of the French daily newspaper 20 minutes, Nantes striker Serge Gakpe could be on the move by the end of this transfer window. Serie A side Torino have historically been interested in the player, along with other clubs from Spain and England.

The paper also suggests that Nantes are not against letting Gakpé leave this winter. With his contract running out at the end of the season, it would probably make sense financially for Nantes to agree a deal when they can.

There are also reports that Serie A side Genoa, who are 7th in the Italian league, are interested in his signature, with a potential 3 year deal on the table once his contract runs down in June.