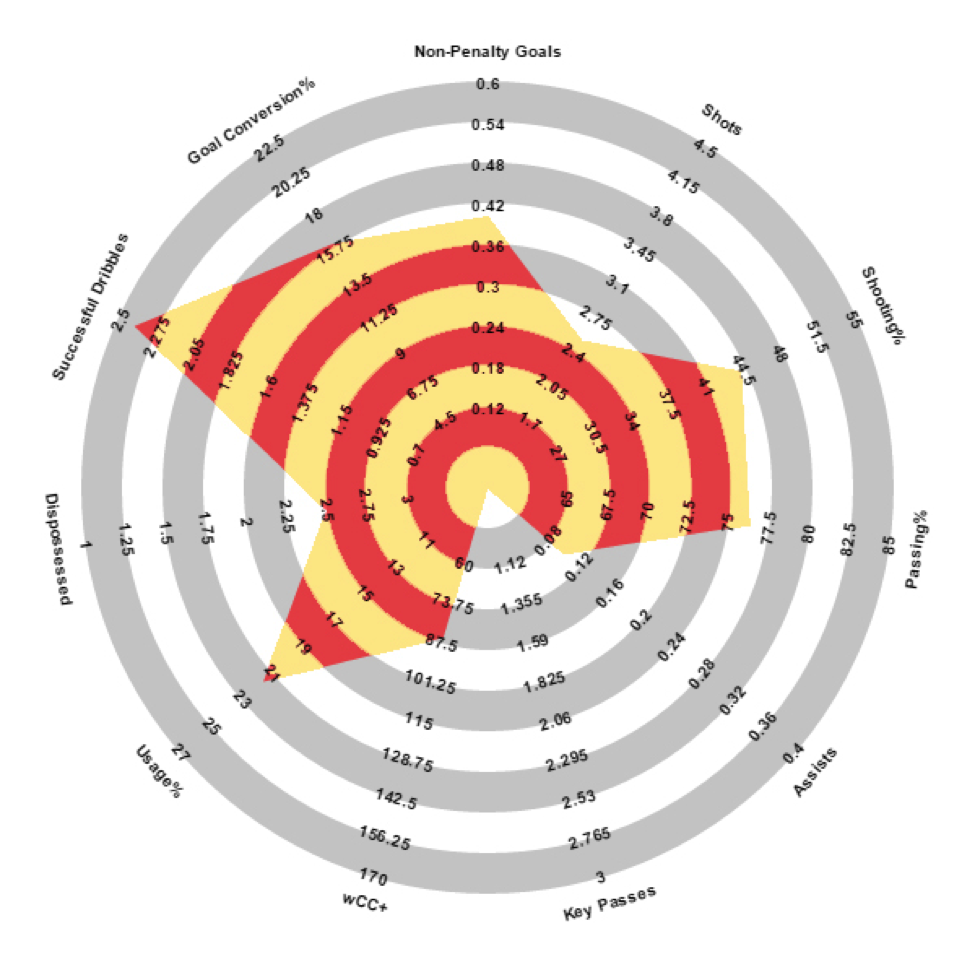 It is funny to think about it now but if a couple of things had played out differently, Olympique Lyonnais could currently have the attacking trio of Anthony Martial, Nabil Fekir and Alexandre Lacazette to hang their hat on.

For a club like Lyon and where they are economically, this would have been seen as further evidence for the success of their recent policy of emphasising on youth, to have their front three all coming from the academy system.

It has been very impressive to see how quickly Anthony Martial has grown over the past couple of years. He was sold for €5 million in the summer of 2013 in an effort for Lyon to balance the books, offloading some of their veteran talent.

Even then, it was a pretty high price tag for a player who only had a few sub appearances on his résumé at the time. This was the heyday of Lyon’s financial ruins when their gamble for overpaying established talent in the hope of a Champions League trophy did not work out as planned, and players like Anthony Martial were caught in the crosshairs.

Monaco went on to reap the rewards of that purchase as Martial as he steadily blossomed into a potential star striker for them, before becoming the most expensive Frenchman of all time by sealing a move to Manchester United on transfer deadline day.

Martial in previous years was more deployed as a winger on either side but last season got the chance to play as a central forward in a remade Monaco side that salvaged what once looked like a lost season.

He is following the playbook previously set by the likes of Alexandre Lacazette and most famously Thierry Henry; one time wingers who found massive success playing centrally.

Leonardo Jardim eventually found a efficient counter attacking scheme that revolved around the pace of Martial and Yannick Ferreira Carrasco, and the intelligence of Bernardo Silva.

It was there that the years during which Martial had previously played as a winger paid dividends as Monaco found a nice offensive rhythm with that front three in place. For a 19 year old, Martial is already strong upper body wise and his dribbling abilities mean that he can be a handful to dispossess, especially on the counter attack.

Martial’s passing abilities are fairly ordinary but since he has now been playing the majority of his time as a CF, that is not so much of a hindrance now.

One way to illustrate the season Martial had last year is via something called radar charts. Ted Knutson & Co. over at StatsBomb helped create public Radars for people to use. The basic premise is this: the more area covered in the radar, the more statistical production that player is generating.

I altered the radar and added two stats to it: wCC+ and Usage%. Usage% is the percentage of touches/possessions that a forward has used compared to the team’s total output. wCC+ is an acronym for Weighted Chance Created Plus. It’s a take on from the baseball version Weighted Runs Created Plus (wRC+).

Just like baseball, it’s a barometer used to see how well a player is contributing to a teams’ attack during the season.

100 is normalised as the league average. So if a player has a wCC+ of 112, he has contributed 12% more offensively than a league average player would at that same position.

Anthony Martial’s radar can be seen above.

For regular Ligue 1 viewers, the makeup of this radar would not shock anyone. Martial is a very direct player who has the ball at his feet a lot, as evidence by his fairly high usage%.

At a very young age he is already displaying an ability to get his shots on target. 42 of Martial’s 51 shots last season were inside the penalty area.

Even though his wCC+ (contribution to a team’s attack) is around 15% below the normalised league average for attacking players, there are reasons why this should not concern the Red Devils.

For one, last season was Martial’s first real campaign in Ligue 1 as a regular starter. 18-19 year olds in a rather defensive league like Ligue 1 are not going to post spectacular wCC+ numbers.

Perhaps the largest reason to feel at ease as a Manchester United fan is that despite that figure, Monaco were not a prolific attacking team last season even though they finished tied for 5th in goals scored.

For long stretches last season, Monaco were an eyesore to watch going forward as there did not seem to have much of an attacking impetus at all.

That eventually went away as Monaco found their niche and started to find a rhythm in attack, but it was only towards the very latter stages of the season.

With the attacking talent in place around him at Monaco, Anthony Martial could have had a very good season for the principality.

His performance in the first leg versus Valencia served the world notice of just how good Martial can be in a couple of seasons, as he terrorized Valencia’s defense repeatedly.

Anthony Martial has a very bright future and could be France’s undisputed number one striker in a few years time.

He has been called up to the senior squad for the international friendly’s in September, a feather in the cap for him and his quick progression over the last 12 months. At just 19 years old, Anthony Martial has many years in front of him at a high level, at Manchester United and beyond.