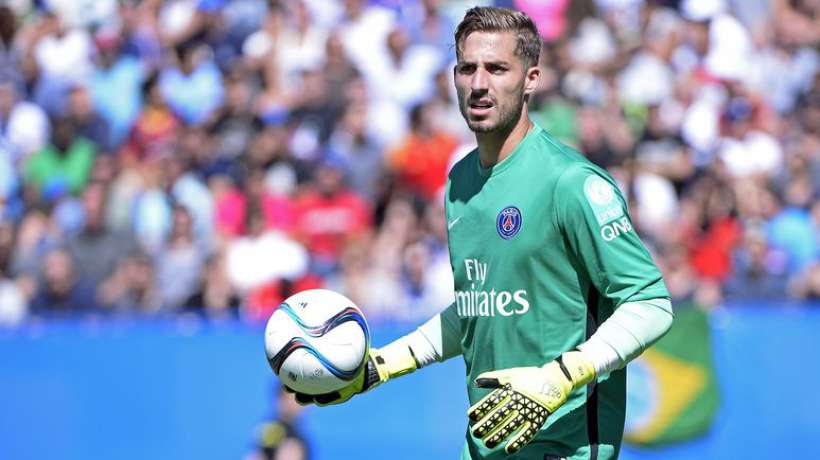 Trapp had been largely untested in the previous four league games as PSG swept aside their opponents on their way to achieving a 100% record in Ligue 1, before their Friday night clash with Bordeaux.

In truth, the German’s evening should have been a fairly routine one and although he produced some good saves on the night, there was no prior indication that Trapp was going to commit the disastrous howlers that unfolded.

Trapp’s poor reflexes and handling made him at fault for the first Bordeaux goal when a corner whipped in from the left was headed on by Henri Saivet and Trapp fumbled the ball into his own net at his near post.

If the first error could be forgiven, the second would take a little more redemption as 10-man Bordeaux claimed a gift from Trapp. Poor awareness, concentration and a heavy touch contributed to Wahbi Khazri robbing the German and slotting into an empty net causing PSG to drop their first points of the season.

Inevitably, the TV cameras switched between the frustrated face of Trapp to the forlorn stare of last season’s number one Salvatore Sirigu on the PSG bench causing immediate questions to be asked of whether Sirigu should have been dislodged from his position as first choice in the first place.

While it may be too early for PSG supporters to panic or lose their faith in the German so soon, it does provide cause for concern especially with PSG’s assault on the Champions League kicking off on Tuesday evening.

The signing of Trapp this summer caught many by surprise, especially considering for how long experienced names such as Petr Cech and Hugo Lloris were being branded about in the rumour mill. Laurent Blanc had apparently lost patience with Salvatore Sirigu and obviously and quite rightly did not feel that second choice goalkeeper Nicolas Douchez was capable of putting pressure on the Italian for the number one shirt.

A number of unforced errors and poor decision-making from Sirigu over the course of last season were masked by PSG’s success on the field but whilst Blanc had previously strengthened all areas of the pitch in his two years at the helm, the goalkeeper’s position was left unchanged from the Ancelotti era.

Whilst Sirigu had seldom felt any threat to his position, there was evidence last term that the Italian international may have let complacency creep into his game with some unconvincing performances domestically and in Europe including his own-goal at Lille last December, costing the champions two valuable points.

The purchase of Trapp as Blanc’s new first choice goalkeeper poses the question of why PSG have replaced their mainstay with a relatively unknown goalkeeper with considerably less experience.

The season objectives are clear for PSG, considering their continued huge investment in the team, domestic domination and progression past the quarter finals of the Champions League are imperative for the capital club.

Moreover, if Trapp is going to cement his place as the first choice goalkeeper then mistakes such as the ones committed on Friday night must cease immediately with a considerably higher calibre of opponent waiting in line for the champions during the autumn months.

Tuesday’s game with Malmo cannot come quick enough for the German but it remains to be seen whether or not Blanc will keep faith with his summer signing or take him out of the firing line as PSG look to start their Champions League campaign on the front foot.

Blanc has a tough decision to make as taking Trapp out of the team could also be viewed as a loss of faith in his goalkeeper at the first hurdle. If Trapp remains between the posts then Salvatore Sirigu may feel hard done by and deserving of his chance. Either way, neither PSG keeper is in the best frame of mind heading into this week’s fixture.

Sirigu, turned down a loan move to OGC Nice in the summer transfer window in order to act as Kevin Trapp’s back-up, however, it now seems that the Italian has a glimmer of hope of retaining his place in the starting line-up.

Trapp needs the support of his team mates and his coach and more so the unforgiving PSG supporters, as Benjamin Stambouli has recently found out. The influence and guidance of captain Thiago Silva could be a vital keg should the PSG number 16 start on Tuesday and a clean sheet could be all it takes to put Friday night’s disaster behind him.

Whilst it makes sense to keep faith with Trapp for Tuesday’s game, clearly this is Trapp’s biggest test of his career to date bearing in mind the magnitude of the step he has taken in joining PSG. The German can ill-afford another mishap anytime soon with a frustrated and eager Salvatore Sirigu waiting and anticipating the call to resurrect his PSG career.

Yoann Gourcuff to be unveiled as Rennes player tomorrow