Valbuena in, N’Jie out? Why Lyon must alter their tactical approach in attack (Talking Points: Week 1) 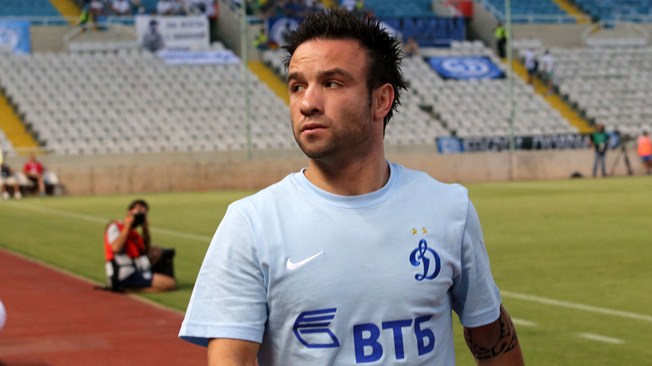 With the extent of Alexandre Lacazette’s back injury unknown, and Clinton N’Jie’s proposed move to Tottenham Hotspur continuing to gain traction, Olympique Lyonnais may soon be forced into a temporary shuffling of the pack as regards their attack. Last year, Lacazette missed three league games due to injury, and a further two to suspension, with Lyon looking sluggish in all of them, even if they did earn important draws against Paris Saint-Germain and Monaco during the period of Lacazette’s injury.

What little joy they did have during those matches was down to N’Jie, the only player to have scored in the matches which Lacazette missed. While Lacazette’s injury may amount to nothing, and N’Jie may stay, (remember the certainty that Bafetimbi Gomis would depart in the summer of 2013?) a look at how Lyon might set themselves up in the absence of both is nonetheless instructive, particularly as squad rotation will be a consideration given OL’s Champions League involvement.

While the arrivals of Claudio Beauvue from Guingamp and Mathieu Valbuena from Dynamo Moscow would in theory give Lyon a stronger attack, the departures of N’Jie and Mohamed Yattara, as well as Yoann Gourcuff, mean that in the absence of Lacazette, some positional shifts must take place. Key to this, is the positional versatility of Nabil Fekir. In those five matches which Lacazette missed, in all but one, Fekir shifted to be one of the front two, (the team never deviated from their diamond 4-4-2) with Gourcuff occupying the no 10 role. He never scored without Lacazette in the side, but as his thirteen goals in Ligue 1 last season demonstrated, he is certainly capable of doing so when called upon.

With Fekir played as part of a front two, Lyon’s attack lost much of its dynamism, for talented as Gourcuff is, his approach to the no 10 role in Hubert Fournier’s system was to be relatively static and spread the ball out wide, allowing Fekir and Lacazette to cut inside. Compared to Fekir, whose short, stocky frame and excellent close control mean that running at defenders and drawing fouls are his strengths, it was almost as if Lyon were two different teams depending on the identity of their attacking midfielder.

Granted, Gourcuff did figure in some of Lyon’s more rampant performances, including both of their 5-1 victories over Montpellier and a 3-0 spanking of Lille, but especially in a squad with many younger players, the adaptation to slightly different roles could often be problematic, especially as the former Bordeaux man’s ability to contribute in terms of goals from midfield was somewhat limited in such a pace-driven attack.

Enter Lyon’s latest acquisition in an off-season that has once again seen the club be a relative buying force in Ligue 1 ahead of their participation in the Champions’ League. Mathieu Valbuena, “Le Petit Velo” and tireless attacking dynamo is, in many ways a similar player to Fekir, and when rumors first started to swirl about his arrival, many, including this writer, expressed doubt over Valbuena’s willingness to fit into a squad focused on Fekir, especially with what may be the former Marseille man’s final international tournament looming. However, with N’Jie now likely on the move, the acquisition gives Fournier a greater ability to not only rotate his squad but to give it a bit of a re-shape.

Even with Lacazette missing, the potential of a front two of Fekir and Beauvue ahead of Valbuena is considerable given the ability of all three to win free kicks, and Beauvue’s aerial ability at the resultant set pieces. Add in Valbuena’s vaunted deliveries (one of the team’s poorest phases against Lorient on Sunday) and one can see a more cohesive attack for Lyon even in the absence of their talisman.

Of course, for Lacazette to return quickly would be optimal, but with Maxime Gonalons back from his suspension, Corentin Tolisso will shift to his natural role as a right-sided midfielder, likewise reinforcing the attack. Even with a healthy Lacazette, Valbuena would still probably start most matches, Fekir’s deft passing supplanting that of N’Jie, (7 assists) with the former OM man able to not only play the ball along the ground, but also over the top, a tactic which OL rarely used last year.

Thus, despite initially seeming to a be poor fit when first mentioned, the versatility that Valbuena offers mean he may be the kind of canny veteran acquisition, much as Christophe Jallet last summer and Henri Bedimo in 2013, that can be integral to Lyon’s success.