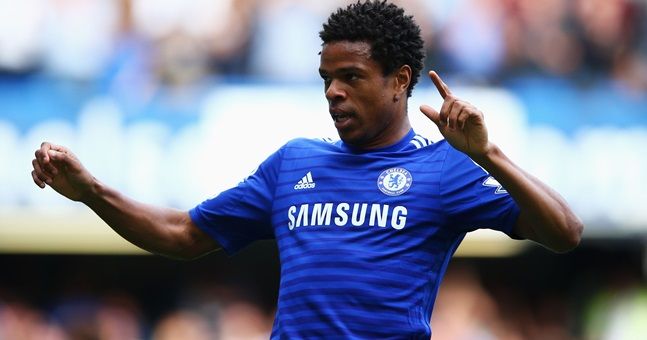 Jeffrey Gamby Boulger assesses whether or not Chelsea’s growing list of problems might be reduced if they showed a little more faith in one of their French attacking options.

As understatements go, to say this season has started less than impressively for José Mourinho and his team would be a fairly kind assessment of their season thus far. A fractured pre-season, players unable to travel, poor results and delayed preparations have ensured the London side have made a dismal start to their title defence.

And not unusually with Mourinho at the helm, matters off the pitch have been as relevant on it this season, contributing to their woeful campaign. So far the Blues have felt injustice in the form of poor refereeing decisions, injuries, and the seemingly chronic loss of form and confidence for many of the key players who performed so admirably last season.

If one also includes the scandal involving the dismissal of team doctor Eva Carneiro, whom Mourinho branded ‘naïve’ for their treatment of Eden Hazard on the first game of the season, plus Mourinho himself being charged on numerous occasions with improper conduct, it is not hard to see how such a combination of factors has had such a negative cumulative effect on a team that performed so consistently for so long last season.

And despite receiving public backing from Chelsea owner Roman Abramovich, the only man’s opinion that really counts in these matters, Mourinho was handed a one-game stadium ban after a half-time altercation with the referee during their recent defeat to West Ham. Regardless of his public support for such an unquestionably gifted manager who is so revered by fans and neutrals alike, these continual setbacks will almost certainly give the Russian Oligarch further cause for concern.

And as the reasoning for Mourinho’s stadium ban was made public, it was revealed the Portuguese had a heated half time argument with the match officials, swearing: “You f***ing referees are weak. Arsene Wenger was right about you – you are f***ing weak”. Such outbursts do not portray a man in complete control or enjoying a run of fine form. Indeed, such apparent injustice feels that much keener when you are losing games.

However, despite their calamitous start to the Premier League this season such frustration is perhaps understandable. For instance, one cannot legitimately argue that such outbursts and post-match comments from any other manager would necessarily have received the same punishments.

For instance, earlier this season Arsène Wenger described Referee Mike Dean’s performance as ‘weak and naïve’ as his side lost controversially to Chelsea and he escaped punishment, further adding fuel to Chelsea’s ire. Although it must be said, the track record of both managers must be taken into consideration, as it undoubtedly would have been.

But ignoring any perceived feelings of injustice and the loss of form for many of their players, the simple statistics of this season so far make for brutal reading. After 12 games played in the Barclays Premier league, Chelsea are 16th, a point above Newcastle in a position unthinkable before the first game. And while off the field issues will have had a notable impact, it is also on the pitch where the Blues have come up short in their title defence.

John Terry, revitalised in Mourinho’s second coming was a definition of consistency last season, his perennial quality helping Chelsea boast one of the tightest defences in the country. Thibaut Courtois enjoyed his breakthrough campaign in England. Nemanja Matić became one of the league’s most effective and admired defensive shields, working in perfect tandem alongside the creative spark of Cesc Fàbregas, all complimented by Belgium superstar Eden Hazard providing the genuine world class garnish to a formidable line-up.

Spearheaded by impressive debutant Diego Costa, who started his Chelsea career with a record seven goals in his first four Premier League matches, one can easily see how they not only won the league at a canter last term, but also how far their results, and in some cases performances, have fallen this campaign.

Terry has been dropped by Mourinho for the first time in his Chelsea career as he started the season, like many others admittedly, in uncharacteristically poor form. Matić looks a shadow of the player he was, Fàbregas has just one goal so far and Diego Costa looks unfit, out of form and lacking match sharpness with only 3 goals to his name.

However, league position aside, Costa’s personal failings at this point give rise to an interesting conundrum for José Mourinho. With Radamel Falcao’s career as a top level striker all but over, and his loan signing from AS Monaco looking more laughable and more futile with every game, one could legitimately ask then – why has Frenchman Loïc Rémy not been utilised more regularly this season?

As Costa toils, and Falcao fails yet again to convince audiences of his credentials on English shores, now would seem a perfect opportunity for the former Marseille forward to finally break into Chelsea’s XI, and display his talents to the world on a consistent basis with EURO 2016 fast approaching. After all, this is a team in need of some reinvigorating and, more importantly, goals.

With Diego Costa struggling and Falcao seemingly not trusted by Mourinho to make any significant impact, one could be forgiven for thinking there is little risk in handing the 31 times capped French international his opportunity to fill the goal scoring void for Chelsea this season. But therein lies perhaps the very reason why Mourinho has not trusted the Frenchman on a more regular basis.

Costa is tailor made for the intensity of the Premier League with his strength, steel and, when on form, goal scoring prowess. He has the desire, work rate and mental strength to flourish, as last season duly demonstrated. But old question marks remain over his professionalism and character.

A lively character on the pitch at the best of times, Costa excels at teasing the opposition, constantly pushing the boundaries of fair play and often succeeds in making fights, not goals.

While Rémy is a more natural finisher and technically superior, he does not share the same amount of guile as his counterpart, and is not as battle hardened. Not that this should leave the Frenchman at a disadvantage it must be said – there are many examples of players who have been able to grace the Premier League with more talent than testosterone.

However this harnessed aggression and physical edge is what makes a player like Costa the perfect focal point for José Mourinho’s Chelsea, which is based on a platform of discipline, organisation and tactical flexibility. Costa provides the perfect blend of power, aggression, work rate and quality to lead the Chelsea attack.

In his absence, a player as graceful and fragile as Rémy will mean not only less of a physical threat to spearhead their forward line, for which the team is built around, but it also means less work rate and less defending.

It also means relying on a player with less of a capacity to take both the pressure and the headlines off his side, with Costa regularly heavily involved for better or worse in his team’s results.

However, although Rémy does indeed lack the physical traits that Mourinho traditionally prefers, such as a Drogba or Costa type figure, such criticism is harsh on a player as undoubtedly gifted as the Frenchman. What he lacks in terms of being the complete centre forward package, he more than makes up for with the qualities he does excel at.

An elegant player, Rémy is technically proficient with pace and excellent finishing. If one were to make comparisons, then he shares more of a likeness to compatriot Thierry Henry than he does to the powerful centre forwards that Stamford Bridge has become accustom to in recent years. Unfortunately however, that is arguably where Rémy’s problem lies.

Chelsea’s recent success in the last decade has all come with a prominent centre forward, with Ivorian Didier Drogba most notably igniting Abramovich’s and Chelsea’s first series of title wins in 2004/05. That was during Mourinho’s first tenure, and in 2013 he returned to dutifully secure another Premier League triumph last season, this time with the power and aggression of Diego Costa.

It is a consistent pattern, with Mourinho traditionally preferring one main focal point to his strike force, leaving others marginalized. Certainly, one only has to look at the cases of Andriy Shevchenko, Demba Ba, Romelu Lukaku and now more recently Radamel Falcao to see how Rémy finds himself in an awkward position if he is to force his way into Chelsea’s, or indeed France’s, starting XI.

Coincidentally however, he does have a possible life line in his favour. Karim Benzema’s future is far from certain for Les Bleus amid his involvement in the well-publicised sex tape scandal, therefore if his domestic situation improves, there is an opportunity for Rémy to still force his way into Didier Deschamps’s plans. After all, Deschamps himself once described Rémy as ‘a young international who is fast and powerful with huge potential’.

Despite this, even though it could be quite rightly argued that his individual qualities compared to the likes of Costa and the traditional number nine mould are exactly what make him so valuable to Chelsea, giving them a different option on the field, it is also ironically perhaps the very thing that holds him back in the same circumstances, as the team is principally set up to thrive with a different breed of attacker.

But in light of how the Blues have started this season, the focus should be switched back to the individual qualities that Rémy does possess and how he can positively affect the team, not what he lacks. With Diego Costa simply not providing the same impact as he did last season, one could legitimately argue that a different and fresh approach is now exactly what the team needs.

And Rémy’s goal scoring record speaks for itself. With 28 goals for Nice in 74 appearances, 39 goals for Marseille in 95 appearances, 6 in 16 at QPR, and 14 in just 27 appearances for Newcastle while on loan, Rémy possesses nearly a perfect 1:3 goal scoring ratio at every club in his career so far.

This record becomes even more impressive when you consider this is a player who is supremely talented, but also very fragile. With injuries a common occurrence in his career, the fact he has been able to maintain his goal scoring ratio in the more physical Premier League is testament to the Frenchman’s often overlooked ability.

Statistics alone reinforce the argument that Loïc Rémy could be the player to reinvigorate a stuttering season so far for José Mourinho’s men. But for all his attributes, it cannot be overlooked that with just 2 goals so far this campaign in 9 appearances, it seems the Chelsea manager remains unconvinced.

Regardless of his personal opinion, if Diego Costa continues to struggle and Radamel Falcao remains on the periphery of such a talented yet wildly underperforming team, Mourinho cannot gamble on the form of his current charges forever.

Should Chelsea return to their previous form and glory, they will need an able supporting cast, and in that respect they will be thankful that Rémy has already proven he can get the job done, all Mourinho has to do is give him the chance.

In terms of pure talent, for a player who grew up training alongside some of the most gifted youngsters of their generation, with the likes of Karim Benzema, Anthony Mounier, and Hatem Ben Arfa, he really deserves nothing less.

Jordan Amavi out for the season