Who is Yoann Barbet – Soon to be Brentford’s new Frenchman 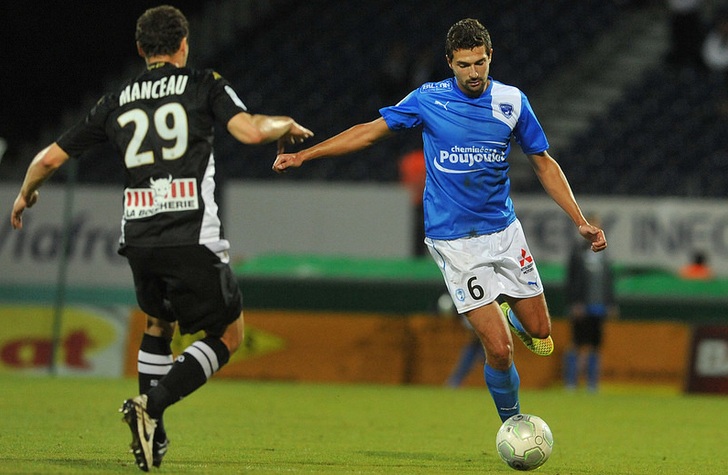 According to sources close to Get French Football News, Chamois Niortais’ centre-back Yoann Barbet is on the verge of signing for Football League Championship side Brentford and a deal is expected to be completed after the forthcoming weekend. The twenty-two-year-old defender may not be the most high profile of signing in terms of his reputation outside France, but he has developed a well-earned reputation as one of Ligue 2’s most promising young central defensive prospects. Given his promising potential and his continental style of play, the left-sided player is likely to become a hit with the Bees’ faithful.

The Talence-born player was spotted as a youngster playing in the Aquitaine regional leagues by recruiters from local Ligue 1 club Girondins de Bordeaux and in 2007 he was promptly integrated within their youth system as a centre-back. Having progressed through the youth ranks to the Girondins’ reserve side that competes in the CFA, the fourth-tier of French football, Barbet was then called-up to represent his nation at U18 level in 2011, playing in a two-all away draw against a strong Belgian side. In the 2014 summer transfer window, Barbet made the relatively short journey north from Bordeaux to Deux-Sèvres to make a move to Chamois Niortais in a bid to gain first-team football within the ranks of Régis Brouard’s squad.

Barbet’s signature was initially viewed by Niort supporters as a signing that was made in order to give cover for the more experienced central defensive duo of Matthieu Sans and Frédéric Bong. The inspirational Nicolas Pallois had left the club for Bordeaux after an extremely impressive 2013-2014 campaign, and with Sans expected to slot in to replace him, Barbet was expected to have to wait some time before he could become a regular at the Stade Réné-Gaillard. However, this wasn’t to be the case – after waiting just four weeks on the side-lines, Barbet became a regular starter for Les Chamois, and he would go on to play an impressive thirty-three Ligue 2 matches in his debut season with a first-team squad.

What struck me when watching Barbet last season was the fact that for a player of just twenty-one years of age, he seemed to be extremely composed when playing at a reasonably high-level of football, in a position where many players can feel under pressure. Despite his relative inexperience, Barbet often looked like the most confident player in the Niortais’ central-defensive duo, be it when he was playing beside Bong or when he was playing aside Sans. The ex-Girondins became a fans’ favourite and an incontestable starter within Brouard’s back four.

Despite their previously held-beliefs, many fans began to see Barbet as the ideal heir to Pallois – quite a feat for the twenty-one-year-old considering that Pallois was recently named in Les Chamois’ team of the decade by a supporters’ group.

Barbet is definitely a continental-style centre-back, in the sense that asides from being aerially-strong and tough in the tackle, he is also a fairly competent footballer when the ball is on the deck. He has a cultured left-foot and I was often impressed by his relatively wide range of passing when I watched Chamois Niortais matches last season. He is a well-balanced player and he rarely switches off when pressure is put on top of his side by opponents.

Aside from his defensive strengths, he was often used as an extra target-man at set-pieces by Brouard during the 2014-2015 campaign. He scored two headers last season, latching on to the end of Florian Martin crosses from corners and free-kicks and he also provided a crucial assist for Les Chamois when he set his attacking team mate Ande Dona Ndoh up with a cushioned back-post header to score, helping his side to record an impressive two-one win against eventual promotion clinchers SCO Angers in late September.

There is no doubt that it may take some time for Barbet to adjust to the differing nature of English football in comparison to the sport’s style in France, but in my opinion the ex-Bordeaux player could be an impressive piece of business for the west London club. In the twenty-one-year-old, they have scouted one of Ligue 2’s most impressive youth talents and a player who could develop into one of the Championship’s top defenders. He will definitely add to the depth of Brentford’s squad and he will be hoping to enhance his new side’s promotion hopes.

EXCLUSIVE: Kevin Trapp has travelled to Paris for talks