Why Mathieu Debuchy faces uncertain times for club and country 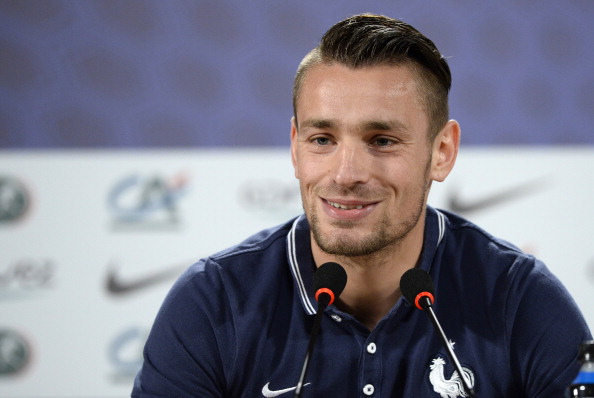 The latest round of qualifying fixtures for Euro 2016 have been and gone, with Les Bleus continuing their preparation as hosts with a somewhat unconvincing 1-0 friendly win over Portugal, followed up with victory over Serbia courtesy of two fine goals from Blaise Matuidi.

Despite two victories, arguably the most significant and unfortunate talking point from the international break was the cruciate knee ligament injury sustained by Lyon’s Nabil Fékir which will likely rule him out of next year’s finals. Barring a miraculous recovery however, he is not the only potential absentee that faces uncertain times before the tournament begins on June 10th next year.

Mathieu Debuchy has endured a frustrating beginning to the 2015/2016 campaign, and with a career that has seemingly stalled in recent months, it is an indication of how far his star has fallen for club and country to see the former Lille starlet consigned to the fringes of the national team.

So what has gone so wrong for Debuchy? One could be forgiven for asking such a question, after all this is a player who was arguably Les Bleus stand out performer during their last European campaign, performing most notably against England in a 1-1 draw in the opening game, and keeping his place for the remainder of the tournament before elimination in the quarter-finals.

On the back of his impressive displays a £5.5 million move to Newcastle United followed, where he continued to blossom and cement his position as one of Europe’s best full backs and certainly first choice for Les Bleus.

Continuing his impressive form, Debuchy was again a mainstay in the 2014 World Cup, playing in all of his side’s matches, only being rested and replaced by Bacary Sagna for the final group game as France again reached the quarter-finals of a major tournament.

As a reward for his performances, he joined Arsenal for £12 million, more than doubling his transfer fee. However this, perhaps, is where things start to unravel for the Frenchman.

While it should be remembered that the player has suffered several serious injuries over the last year, a culmination of loss of form and lack of fitness at club level since his move to London has nevertheless seen Debuchy unable to continue to impose himself at international level with Deschamps, certainly for now, preferring compatriot Bacary Sagna.

Despite this, one would be forgiven for thinking Debuchy is still, barring injury, likely to get another chance to experience tournament football at next year’s finals regardless of his lack of playing time at present.

This is partly due to a lack of viable alternatives to Deschamps, but to his credit this is also because the 30 year-old still has much to offer Les Bleus. With Bacary Sagna now 32 years old and potentially gearing up for his last major international tournament, it is by no means certain the Manchester City defender will hold the right back position come the start of Euro 2016.

Much will depend on his own form at club level for Manchester City where he faces a similar battle against Argentine Pablo Zabaleta. Therefore if Debuchy can somehow force his way back into Arsene Wenger’s side in the coming months, one could still see him reclaim the starting berth for Les Bleus.

For that to happen however he must hope for an upturn in fortunes this season in the English capital, with Arsenal suffering an inconsistent start to the domestic campaign at best.

Although Debuchy was handed a rare start and played the full match in the recent Champions League tie against Dinamo Zagreb, the Gunners lost 2-1 in a game that will hardly leave the Frenchman bristling with confidence. This is exactly the type of inconsistency that will hardly help Debuchy find form.

Indeed, with only two appearances this season so far, one could genuinely fear for Debuchy in the long term if he continues to be overlooked at domestic club level. While he did make an appearance in the international break against Portugal, replacing the injured Sagna at half time in the 1-0 victory, a player of Debuchy’s calibre would hope for more for club and country. If it were not for an injury to his compatriot, one could even wonder if he would have made it onto the pitch at all.

Despite this, the Frenchman produced a more than capable performance on his introduction to the match, shoring up the right flank defensively and offering his characteristic willingness to get forward, although he failed to produce any real attacking presence.

With such little playing time this season so far however this is not completely unexpected and Deschamps will surely have noted the ease at which Debuchy can integrate into the team and perform at this level, from the bench or from a starting position.

It will be interesting to see how Deschamps handles the situation come the end of the season, but much will depend on Debuchy’s ability to avoid injuries this campaign, as well as the form of Sagna himself as Manchester City aim to reclaim the Premier League title.

And it should be stated that given his impressive start to the season, it would be very unfortunate for the former Arsenal fullback to lose his place for Les Bleus.

However, at the age of 32, Sagna faces a long season ahead as City continue their hunt for Champion’s League and domestic glory, meaning he will surely be rotated regularly by manager Manuel Pellegrini.

If he fails to cement himself when fit this season, then the situation Debuchy finds himself in could quickly reverse itself if he can find a way to force himself back into contention for Arsenal, but it will not be easy.

Hector Bellerin has overtaken the Frenchman for the starting right back position at Arsenal, after a series of impressive displays during Debuchy’s lengthy absences last season.

The Spanish youngster has youth and pace in abundance, and offers a very different attacking threat to the more dynamic and robust Frenchman.

However, with only 15 appearances last season and 17 in total since he moved south from Newcastle, Debuchy must convince both Wenger and Deschamps of his fitness this season.

After damaging ankle ligaments last season as well suffering a dislocated shoulder shortly after returning, mentally as well as physically this is a player who still has much to offer, but needs a consistent period of fitness to fully regain his confidence.

One factor working in the Frenchman’s favour however is that even though Arsene Wenger has several options at full-back, with Bellerin, Debuchy as well as English youngster Calum Chambers also being blooded into the team at full back, no-one has been able to overwhelmingly claim the position as their own.

Debuchy suffered an injury-strewn campaign last season, Bellerin has only recently emerged at club level and Chambers has a future in a more central role. Therefore if he can sustain his fitness, there is an opportunity for the Frenchman to reclaim his place.

But at the age of 30, after a season blighted by injury, faith is in short supply for Debuchy and if he cannot be assured of a starting berth at club level, the prospect of reclaiming his position for Les Bleus is even more unlikely.

This is perhaps the first time in his career that the Frenchman finds himself on the outskirts at club level and internationally, and a lack of game time has put Debuchy at a cross roads in his career.

With the player himself admitting he would like to return to Lille at some point, such a statement will hardly endear himself to Arsenal fans who have been so patient with him so far in the capital.

There is no question Debuchy faces uncertain times this season at perhaps the most pivotal time in his career with the Euro 2016 finals being held at home in France. But in Debuchy’s case thankfully, he has time to arrest the slide.

Although Bellerin, his direct competitor in the Arsenal staring XI, is incredibly rapid with youth on his side, few Arsenal fans would admit that the Spanish youngster is the finished article.

Often looking less assured defensively than his older counterpart, his standing as the fastest player at the club over 40 metres (impressive in itself with teammates such as Theo Walcott) is not really worth much in his position if he can’t combine it with a solid display defensively.

While Debuchy has never been able to match his teammate in terms of raw speed, he is the more experienced choice on and off the field, with 26 international caps so far also to his name. And while Calum Chambers remains a prospect for the future and has played competently there for Arsenal, his future lies at centre back not full back.

That leaves Debuchy, a proven performer at international level, and more importantly at major tournaments, he is solid defensively and while not as adept at rampaging forward as he might have once been, is still a more than capable attacking outlet for club and country. He must now ensure he remains fully fit for the months ahead, and if he can, hope is not lost for Mathieu Debuchy.

For Les Bleus, one could argue that complications at the opposite end of the field pose more of a problem. With Benzema perennially inconsistent at international level and Giroud again failing to convince he has the pedigree of the highest calibre, Debuchy could yet give Deschamps one more selection headache come the end of the season.

If he can recapture his form and remain fit for Arsenal, he may once again find himself starting for Les Bleus on June 10th 2016.

Alou Diarra: “West Ham was the worst decision of my career”