Why Moussa Dembélé deserves a France U21 call-up 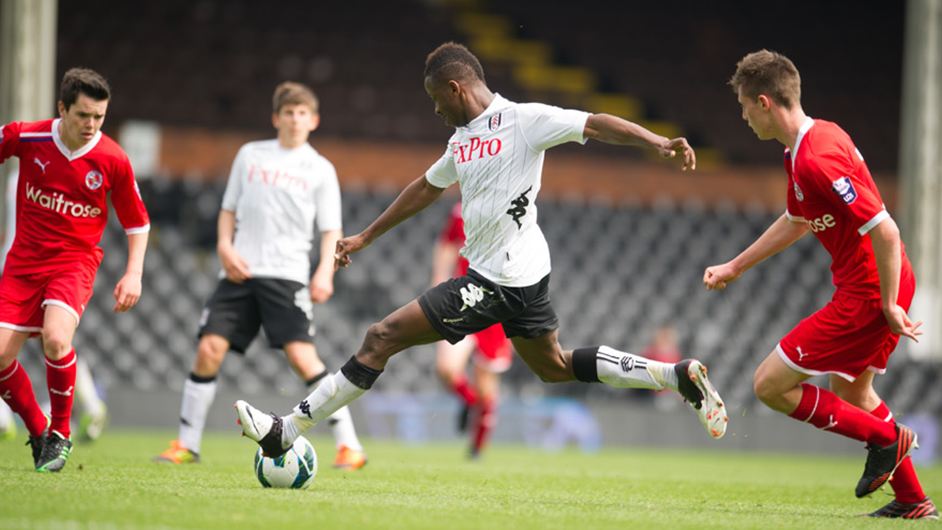 Jeffrey Gamby Boulger examines Fulham’s young Frenchman Moussa Dembélé’s impeccable start to the season and wonders why the striker has yet to receive a call-up from Les Bleuets.

The start of the 2015/2016 season has seen OGC Nice begin the campaign in fine form, led by the resurgent Hatem Ben Arfa. And while the struggles of Lyon and Marseille also continue to make headlines on the pitch, it is arguably off the field where Ligue 1 has really drawn attention this season so far.

The recent chaotic return of former local legend Mathieu Valbuena to the Stade Vélodrome has been widely criticised, along with the well-publicised exodus of some of Ligue 1’s greatest talents in the summer transfer window. And undoubtedly, the biggest talking point has been Anthony Martial’s incredible £36 million move to Manchester United from Monaco, seeing him become the world’s most expensive teenager in the process.

But while the world watches on to see if one of France’s greatest prospects can justify his price tag with an impressive 3 goals in as many league games for United already, perhaps it is refreshing that one of the nation’s other burgeoning young talents has also been able to start the season in impressive form, away from the spotlight.

Under-20 international Moussa Dembélé has begun the 2015/2016 campaign with 3 goals and one assist in 11 appearances for second tier side Fulham in England before this weekend’s fixtures, and after making 15 appearances last campaign following his move from Paris Saint Germain in 2012, the young starlet’s performances so far have already begun to attract interest from Europe as well as some of the Premier League’s top clubs.

This summer Everton were strongly linked with the player, but with the Frenchman remaining in London he will be tasked with fronting Fulham’s battle for promotion as he continues his own personal development.

Certainly, the young forward is highly regarded at Craven Cottage, with the club’s official website describing their young and dynamic starlet as “A player that can lead the line or play wide in a front three. The France youth international has pace to burn, skill in abundance and an ability to get in behind the opposition defence. Highly-rated in his homeland, Dembélé has great potential”.

Amid interest from other club this summer, Dembélé himself said:

“I am very flattered with the interest from top level clubs. I always want to improve, but I love Fulham and have respect for them. I will work hard to do my best”.

Already an Under-20 international for his country, Dembélé’s impressive form from last season has continued this campaign, so much so that the question could now be asked whether he deserves to make the next step in his burgeoning career, in particular the step-up to Under-21 level for Les Bleus.

Having represented France at Under-16 level all the way through to the Under-20’s, it would seem only a matter of time before one made the natural progression to Under-21 level. However, although Dembélé has showed ability in his brief career so far, such enthusiasm for his potential must be realistically tempered.

Comparatively at the same age, compatriot Anthony Martial is now already playing for Manchester United in the Champions League as well as being a full international with Les Bleus. Unlike Martial, Dembélé is currently playing for English second division side Fulham, and the Frenchman has only made 29 first team appearances so far for the English side in his fledgling career, with 5 goals and 3 assists in total.

While arguably talk of progression for the international youth sides is testament to the ability he does possess it should be said, in order to fully convince of his credentials for Les Bleus, he will have to show consistency this season with his improving performances. But should he do so, there is no reason he could not be considered at least for the Under-21 side.

And in his favour, this is a young player who does already have international experience to his name. During the recent 2015 UEFA European Under-19 Championships, Dembélé was part of the French side that reached the semi-finals. The young forward scored two goals in the group stage in victories against Ukraine and hosts Greece, further demonstrating his potential. Such an impact will stand in his favour for contention for the step-up at international level and serves as continuing proof of his emerging talent for club and country, despite not yet being the finished article.

Indeed, after netting against Sheffield United in the League Cup this season, Fulham manager Kit Symons spoke of Dembélé, highlighting his raw talent:

“He’s getting an opportunity at this moment in time and it’s down to him to take it. I was pleased with him to get his goal against Sheffield, but he’s had quite a lot of chances, and some he should have finished better.”

It should be remembered however that the 19 year-old has time on his side to improve the weaknesses in his game that will allow him to make the next step in his career. But while Dembélé still has potential to blossom for Les Bleuets, doing so for an extend period of time with his club side is however less certain.

Should he continue to impress one would not be surprised to see more clubs linked with the Frenchman, whose contract is set to expire at the end of the season. When linked with a move away from Fulham this summer, the player said:

“I don’t know (if staying at Fulham is the best thing for me). I will take my time to make the right choice. I feel very good at Fulham, I know everyone”.

The club have offered the 19-year-old a new deal to keep him at Craven Cottage beyond this season; however whether he commits his immediate future to the London club is still questionable. But despite the on-going contract impasse, Symons has been quick to praise the young forward after his excellent start to the campaign:

“I’m sure he can see he’s improving by doing the things we do. He’s playing in a good team, and he gets the service he needs. He suddenly looks a yard quicker, and with a bit of success you gain a great deal of confidence. He’s buying in to what we want. He’s got pace, power and strength and he scares the life out of defenders. He’s a proper handful, and will only get better.”

While the irony is not lost with Moussa Dembélé arriving at Craven Cottage seemingly to replace Belgium counterpart and namesake Moussa Dembélé following his move to Tottenham Hotspur in 2012, the young Frenchman has already showed glimpses of his potential so far, and if he can continue his rapid rise at club level, there is no reason why he cannot make a similar impact at international level and beyond.

While Fulham will hope to retain his services, progressing to Under-21 level will undoubtedly give Dembélé further opportunities to showcase his talent and grow into the kind of player his potential suggests, allowing France the chance to witness the emergence of a new star. Should he be given the opportunity to step-up, Les Bleuets really do not have anything to lose, and potentially a lot to gain.

Your Guide to Saturday’s Ligue 1 Action