Why the new format can ruin the spectacle of EURO 2016 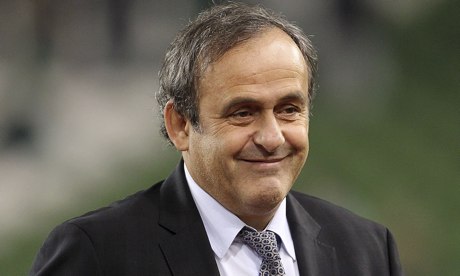 This international break saw the first qualified sides for EURO 2016 in France confirmed, in Austria, Czech Republic, England and Iceland. This should, generally speaking, excite your average football fan as three of those four sides are unaccustomed to tournament finals.

On the other hand, rarely have we seen so few sides qualified at this stage of the qualifiers as a handful of teams breeze through the campaign without getting out of second gear. Surely the fact that Holland are on the brink of elimination rather than completing their bi-annual 100% qualifiers record is good for entertainment?

This campaign is the first to include 23 teams (France are the 24th team) to qualify for the European Championships finals. I’ll admit that I thought that these qualifiers would be more boring than usual given the sheer amount of slots that sides can fill in order to book a place for EURO 2016. Instead, we have groups with the not-so-fancied sides being top or close enough. In the next few paragraphs, I will try and explain the nasty implications this seemingly welcome change can turn to sour grapes next summer.

But first, let’s start with the expanding of the qualified teams.

The decision comes from a rather nice sentiment. Inviting more teams to the Euros makes for a change of scenery of watching always the same countries (the big boys which are France, England, Germany, Italy, Spain and Holland amongst others) qualifying easily for the competitions at the expense of sides that would deserve a crack at playing in a major tournament every now and then.

Giving a pass to those sides increases their visibility; it means more money to the football associations who will hopefully invest it in grassroots facilities (then again there is the very high risk that the funds may be kept by the powers that be in each country for personal gain) and generally a breath of fresh air for the international scene.

It’s a fair strategy to boost a competition that needed reshuffling.

The problem is that the aforementioned big boys have players plying their trade in the best clubs in Europe (and not the world) and do not appear to be motivated by the current European format (and I’m not even talking about France who have to play friendlies for 2 years) which makes for dire games because matches are usually over by half-time (such is the superiority of the big boys) or locked at 0-0 as the minnows hold on to a valuable point.

The increase in qualified nations implies that certain minnows get to qualify for a major competition for the first time in their history (Iceland) or in an awful long time (Austria and the Czech Republic). Will it make for a better competition? Unlikely. I reckon that matches during the finals will see the two abovementioned scenarios play out again and again, and there will rarely be an open end-to-end game.

Of course, to the average football fan it’s a win-win situation. The tournament is a week longer and there is more of a chance of getting a ticket in a nation that is central to football and tourism (the latter more than the former in my opinion). However, if you consider that sides such as Iceland, Hungary, Wales, Northern Ireland or Albania may well make it to France in June, we could be in for some exceedingly one-sided affairs.

What I fear is that sides that have never played in the tournament with little to no attacking flair or intent will be playing for the draw and parking the bus. Given that the big boys’s squads are generally made up of players who will have endured long, challenging domestic seasons I fear that one can just see the spectacle falling short.

Not to mention that two-thirds of the group stage sides will make it to the KO rounds: arguably, this format is nothing short of farcical.

This is of course a prediction based on watching a random set of qualifying group games. This prediction may well be completely off the mark just as much as it could be absolutely spot on. What needs to be changed though is the calendar.

Finally UEFA have scrapped this dreadful friendly date that was always set for in and around mid-August which was basically a back-to-work kind of game for everyone returning from vacation. However, clubs still have this extremely annoying obligation to let their players go on international duty on 3 separate occasions in 3 months. Who this timetable benefits – I struggle to really understand.

It cannot benefit the clubs who have taken a lot of time and effort to get their players match fit during pre-season and often see those very players getting injured on international duty. They often feel hard done by as they are the ones paying the players’ wages and cannot buy anyone else as the transfer window is shut during international breaks (all of them).

After the international break, players come back to their clubs suffering perhaps from jetlag and weakened by injuries. From that angle, it is easy to understand why clubs might be frustrated…

Of course the players cannot outright refuse international duty, but long trips and additional risk of injury cannot be factors that they personally appreciate. One only has to look at the large quantity of individuals retiring from the German international setup following their 2014 World Cup win. Who can blame them? Why would they waste time and energy – at over 30 years old – when playing for a top European club is already taxing enough.

Does the international break benefit the fans? I frankly do not like it and do not know a single football fan who is excited that the international break is just around the corner. Frankly, I plan to do non-football related chores to pass the time such is the lack of activity during those weekends. Even if UEFA has made an effort to put games on different days it is still far from entertaining and must be hell for the travelling support.

Finally, I’m not even sure UEFA take much notice of this international break. Their milking cow is the Champions’ League which takes precedence over the Europa League and the Euros.

Pondering the alternatives of reforming the football calendar, it looks like FIFA are making a real effort to make a change to the domestic agenda to accommodate the 2022 World Cup in Qatar but UEFA seem to be content to keep things as they are now. In other words, as long as the Champions’ League sponsorship deals keep coming in, international breaks will continue to occur – much to the growing frustration of an increasing number of individuals connected with the game.