A Homage to Robert: The End of the Louis Dreyfus Era 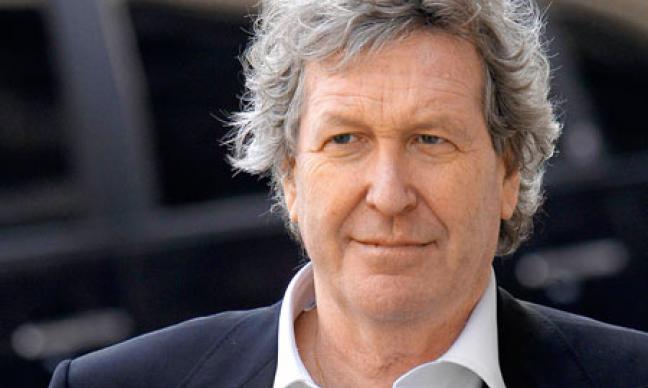 October 17th marks a distinct new era at Olympique de Marseille in that after nearly 20 years, the club changes hands into American ownership.

The era of Robert and then Margarita Louis-Dreyfus comes to a timid, unassuming end after a tenure that marked some glorious highs and some very deep, sustained lows at Stade Velodrome.

As Marseille transitions into a side backed by American investment in the form of Frank McCourt, the time has come to take stock of an era that pretty much defined the club itself – unpredictable, volatile and full of scarcely believable plots peppered with euphoria and anger in equal measure.

Robert Louis-Dreyfus, then chairman of Adidas took control of OM in December 1996. The club was still reeling from the effects of the match-fixing scandal that tainted OM’s Champions league title a mere two and a half years previously.

Nevertheless, “RLD”’s investment was welcome in propelling OM back to the elite on its return to Ligue 1 – the club finished second and fourth in his first two seasons while also coming within a whisker of the title in 1999 as well as a UEFA Cup final that same year.

Through RLD’s investment, the club became a symbol once more signing a tantalising calibre of players, not least the likes of Fabrizio Ravanelli, Laurent Blanc & Robert Pires.

While there were struggles at the turn of the millennium on and off the field for OM including the onset of illness, Robert Louis-Dreyfus did turn Marseille into something unusual.

A stable club capable of financing itself and staying close to the top in French football. From 2003-09 Marseille did not finish lower than 3rd in Ligue 1, save for one season in 2004 when the club reached another UEFA Cup final.

While there was some success, particularly in the club’s accounts, in-fighting was never far away from OM which punctured working relationships and created enemies. Furthermore, Louis-Dreyfus was convicted of misuse of the club’s assets in 2006.

Tired and frustrated the Swiss billionaire put the club up for sale in 2007, only to change his mind again after the designated buyer – Canadian businessman Jack Kachkar – turned out to be a fraud.

Under his tenure, Robert changed Marseille’s image from a ‘down on its heel’ club to a well performing European giant. Having reached two European finals, two Coupe de France finals and three second-place finishes in Ligue 1 and won the 2005 UEFA Interoto Cup.

He was never able to see a full return on the rumoured €200m investment he had made. He even once quipped “I know I will never make money at OM”. Such was his love for the club however, through the highs and lows, he stuck with it.

Marseille were then under the ownership of his widow Margarita who inherited Robert’s portfolio of investments.

Never one that truly loved the club in her own right, she continued with Robert’s association with Marseille out of his wish that one day, he would be succeeded at the club by his football-loving son.

Margarita’s early days at OM were full of success. In true homage to her husband, Marseille went on to win the Ligue 1 title in 2010, a year after his passing. OM had won nothing of note in the 17 years that had passed since the Champions League title in 1993.

She invested further in the club – to the tune of €20 million in 2011-12 to cover the club’s deficit. With Marseille in the Champions League for five consecutive seasons, money was never really an issue. A growing deficit fuelled by players on high-wages was. Nevertheless, on the field OM continued to be successful winning the League Cup in three continuous seasons.

Margarita was also instrumental in streamlining Marseille’s management for better or for worse. A club that was beset by in-fighting and egotism even in its best days was re-organised in 2011 with individuals loyal to Louis-Dreyfus, mirroring other movements made in the commercial Louis-Dreyfus commodities group.

She was also credited with making the financial commitment to bring the exalted Marcelo Bielsa to Stade Vélodrome, as well as guaranteeing the rent on the club’s famous home in a row that threatened to boil over in the summer of 2014 into OM inconceivably playing its games away from home.

Sometime over the last two years however, the money stopped going in. Margarita had decided she would not invest another penny into the club’s coffers, thereby firing the starting gun on a rather unbelievable chain of events that have led to today’s takeover.

Initially a quiet figure keen to uphold her husband’s love for the footballing institution on the south of France, she has turned into a vilified individual.

Hated by the hordes who blame her for the club’s malaise through her commitment to no longer bankroll the club. Insults also turned personal as supporters chastised her for failing to uphold the values of Robert. After all, he loved Marseille in the best of times and in the worst of times. Always there to cover it financially.

Margarita instead warily pointed out that her main obligation as trustee to Robert’s empire is not to the club, but to the business he left behind and more importantly to her five children.

More than fair one would assume, but it came at a big price for Olympique Marseille.

For years Marseille had been running at a loss due to the high-wages some players enjoyed. With no investment and no Champions League football, she ordered for the wage budget to be slashed and for OM to be self-sufficient where possible.

What you see today is the result of that. A team devoid of any true stars, its most marketable players long sold off to the highest bidder. In its place, a team without an identity (without a coach even!).

Its fans deserting the Vélodrome, with more than 40,000 staying away. It has also descended into mediocrity as a result of Margarita’s actions which have been exacerbated by complete mismanagement and incompetency by her former no.1 lieutenant – ex-president Vincent Labrune.

Today marks a new chapter of Marseille. Frank McCourt is hoping to reshape Marseille back into a European elite as questions remain over his ability to run a powerful club after his debacle in Los Angeles five years ago.

The page turns on the Louis-Dreyfus era which mirrored much of Olympique Marseille over the past 2 decades. Fiery, passionate but with a penchant for firing – after all, there were more than 20 coaching changes and 5 presidents in those 20 years.

Will the Louis-Dreyfus era be judged a success? It’s hard to tell. What is without argument is the sad nature that this once glorious era has ended, without fanfare on and off the field. Margarita’s reign after the death of her husband has been beset by financial concerns and a general nonchalance towards Robert’s legacy.

You only have to look at Marseille’s game with Metz on Sunday at a 2/3 empty stadium to judge the current state of the club.

The page is not all turned though. After all, Robert’s wishes will be respected. Margarita will keep 5% of the club’s shares for their Marseille-loving son Kyril and ensure his legacy is somewhat preserved.

At the very least, it is a pertinent time to remember Robert Louis-Dreyfus for his efforts as owner as the club turns to the future with Frank McCourt after a turbulent end to the reign of Louis-Dreyfus at Stade Vélodrome.