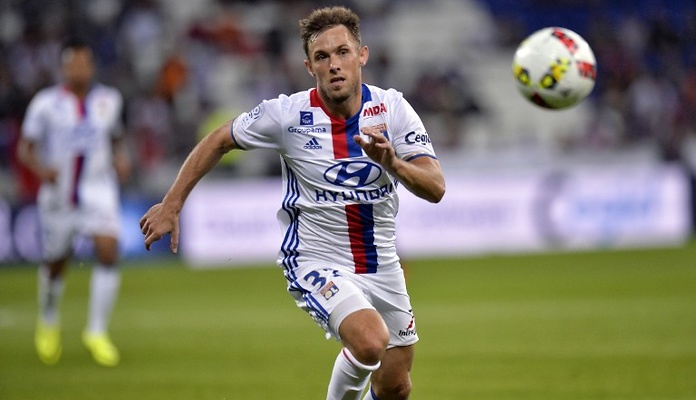 With a new manager in charge and an improved outlook as the club is currently on a nine-match unbeaten streak domestically, Dinamo Zagreb look a marginally tougher prospect for Lyon than the team that was easily swatted aside at the Parc OL in September.

Former Bulgaria manager Ivaylo Petev has replaced Zlatko Kranjcar at the helm after indifferent domestic form, but his improvement in Croatia is still a long way from translating into European success as Dinamo remain the only team yet to score in the group stage.

Lyon have also improved domestically, and are currently fourth in Ligue 1 after three wins on the trot. That improvement is largely down an improved defence, with Nicolas N’Koulou’s demotion to the bench the driving force behind that change.

Youngsters Mouctar Diakhaby and Emanuel Mammana have been impressive, especially given their ages, and after some tactical shifts to accommodate injuries, manager Bruno Genesio seems to have settled on a dynamic formation that does well to protect the back four while still allowing enough freedom for the attack.

As shown in the wins over Lille and Bastia, Genesio has moved to what is effectively a 4-1-4-1, with Maxime Gonalons in a holding role. Corentin Tolisso will partner one of Jordan Ferri or Sergi Darder ahead of the captain, with the French under 21 international playing a box-to-box role to help defensively as needed without limiting his involvement in attack.

This allows the wide players (likely Fekir and Maciej Rybus this evening) to not only stretch play laterally but also to cut inside without finding themselves taking up similar positions. It does have the drawback of making the attack’s focus less on Alexandre Lacazette and more on a team ethic, which will take some adjustment, but the greater freedom it provides all of those players makes it a more natural fit.

At the back, Genesio has been consistent in his use of Jérémy Morel and Rafael at left and right back respectively, recognising that the veteran’s more defensive approach provides the appropriate balance in contrast to the former Manchester United player’s attacking impetus.

Centrally, after a very impressive performance against Lille, Diakhaby should keep his spot along with his partner, Mapou Yanga-Mbiwa. The former Roma and Newcastle man has flattered to deceive at times this season, but his burgeoning partnership with Diakhaby has the potential to see him back to his best.

Injury-wise, Lyon are yet to have an empty treatment table this season, and today’s match is no exception. While Clement Grenier and Christophe Jallet have resumed training, both lack a level of match fitness to be included in the squad.

Rachid Ghezzal and Emanuel Mammana join them, and while neither are necessarily automatic first choices, their absences do have potential to stretch a Lyon squad that has struggled mightily for fitness this season.

Zagreb have a handful of absences as well, although only El Arbi Hillel Soudani and Dragomir Antolic are misses through injury. Discipline has been a serious issue for Dinamo in European play, and right back Petar Stojanovic is absent after being sent off in last matchday’s defeat to Sevilla, with Jonas and left back Josip Pivaric on two bookings as well.

That said, the eleven for Lyon’s visit should offer few surprises with Soudani and Stojanovic absent.

Petev has offered a few different looks tactically in Europe, but has most often opted for a 4-2-3-1 domestically. Playing at home, he should continue with that system; Romanian international Alexandru Matel will replace Stojanovic at right back, while veteran Gordon Schildenfeld will partner the youngster Filip Benkovic centrally. Pivaric has been poor at left back, especially in Europe, but with youngster Borna Sosa suspended, he will continue to start.

In midfield, Domagoj Pavicic will be partnered by one of a coterie of journeyman foreigners who have made up an increasingly important part of the team, with the Brazilian Jonas favored over Portugal’s Paulo Machado. The attacking quartet, aside from wunderkind Ante Coric, the attacking midfielder, also will retain its distinctly non-native composition, even in the absence of leading scorer Soudani.

Mario Situm will come in for the Algerian on the right, with Chilean youngster Angelo Henriquez up top and countryman Junior Fernandes deployed on the right. Soudani is a big miss, but even if he had passed fit, Dinamo are yet to score in this competition, and with Lyon’s improving defense, that is unlikely to change.

The young playmaker is likely not long for the Croatian club, having been included in his country’s senior squad for this summer’s European Championships. This is likely his last European home match, and perhaps persistent links to Europe’s biggest clubs will serve to inspire him a first goal in the group stage.

Still seeking to regain full fitness after a lengthy injury layoff, Fekir was given an extended run-out against the Ivory Coast last Tuesday, and showed good enterprise, even if he scuffed a fine chance.

Scoring against a lacklustre Dinamo side would break his European duck and give him a potential boost in confidence ahead of the weekend’s massive match against Paris Saint-Germain. After serving a suspension against Lille on Friday, if Fekir is the kind of player he thinks he is, he should be chomping at the bit to make an impact in this match.