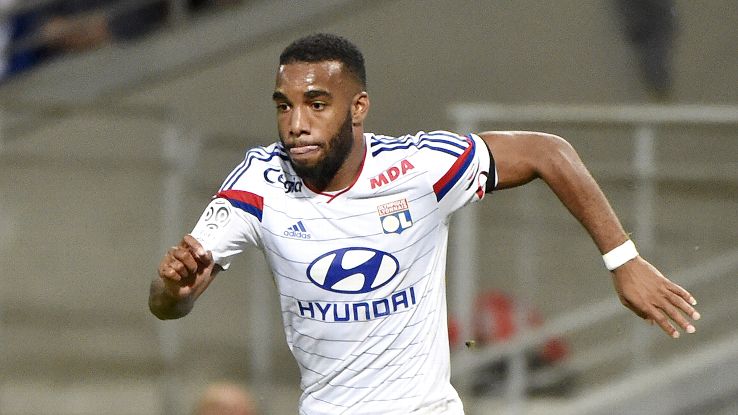 There are no two ways about it; barring a shock result at the Pizjuán between Sevilla and Dinamo Zagreb, Olympique Lyonnais must defeat Juventus in Turin this evening. With both the Italian side and the Spanish already on seven points, and Lyon only able to reach ten, progression to the knockout rounds of the Champions’ League can only be achieved with a win.

The smart money says that Lyon are dreaming if they think three points is possible; the real chance to get back into the group came two weeks ago at home, with Juventus down to ten men and under pressure. Juan Cuadrado’s brilliant goal and a belief-defying performance from the ageless Gianluigi Buffon put an end to that hope and now Lyon travel to Turin in a seemingly dire predicament.

But are things as bad as they seem? Juventus are missing key players for this match, and one potential starter, Claudio Marchisio, has featured in just two matches this season in his recovery from a cruciate injury. Lyon may be up against long odds, but they seem to be finding fitness, form and (most importantly) confidence at just the right time.

Lyon are still working their way back to complete fitness, as Christophe Jallet and Mathieu Valbuena are unavailable, but the reverse fixture had seen the team miss Mapou Yanga-Mbiwa and Maciej Rybus due to illness. Nabil Fekir and Alexandre Lacazette were newly returned from injury themselves in that match, and clearly not at their sharpest. More recently, though, Lacazette scored his 100th goal for Lyon and looked at his incisive best against Toulouse, while Fekir continues what has been an arduous recovery from last year’s cruciate injury.

Rybus played just 20 minutes at the weekend, replacing Maxwell Cornet; Fekir was withdrawn for Lucas Tousart on 60 minutes, although that may have had more to do with Lyon playing with ten men than looking ahead to this fixture. Emmanuel Mammana was removed against Toulouse, but has made the trip to Turin and should feature despite coming off at the weekend.

Tactically, Genesio should retain the 3-5-2 that has figured in the three previous Champions’ League matches, despite its inefficacy in those encounters. Key to its success is the balance and freedom from defensive responsibility that is put forth by the combination of Rybus and Rafael; the two haven’t featured together in Europe excepting the win over Dinamo Zagreb, and with both in the fold, Genesio should keep faith in matching Juventus’ approach.

At the back, Mouctar Diakhaby appeared unfazed by the occasion a fortnight ago and looks set to retain his place at the right of the back three, with Nicolas N’Koulou deployed centrally. On the right, Mammana has comfortably outperformed Mapou Yanga-Mbiwa this season, but Genesio might opt for caution given what is sure to be an impressive atmosphere and his removal at the weekend.

In midfield, knowing only a win will do, Genesio should opt for Corentin Tolisso and Maxime Gonalons, with Sergi Darder joining them. The young Spaniard has flattered to deceive at times this season, but his flair and creativity should give him the edge over the more combative Jordan Ferri, with Fekir and Lacazette starting as the front two.

For the Italian side, injuries are still a bit of a concern, as Paulo Dybala has joined the central defender Giorgio Chiellini on the treatment table. The Argentine had made a good foil for his countryman Gonzalo Higuaín, his movement pulling Lyon’s back line about and making space for the former Real Madrid man, while also being a goalscoring threat himself.

His likely replacement is Mario Mandzukic, and while the Croatian is vastly experienced in Europe, having played with Atletico Madrid and Bayern Munich, he is much of a piece with Higuaín, meaning that Juventus’ press will lack the same danger it posed to Lyon’s back line a fortnight ago.

In defence, while Juventus have been negotiating fixture congestion, having played a league match against Sampdoria a week ago while Lyon were off, the back three should be the same as the reverse fixture.

Patrice Evra had been a surprise starter on the left of the back three alongside Andrea Barzagli and Leonardo Bonucci, but the former Manchester United man performed impressively well, displaying discipline in the tackle and a remarkable focus at set pieces.

Midfield is where questions abound for the hosts, though. Mario Lemina had started as the defensive midfielder at the Parc OL, but the former Marseille player was sent off and will see his spot given to one of Marco Sturaro, Hernanes or Claudio Marchisio.

In wide areas, Dani Alves and Alex Sandro had performed impressively as wingbacks, and will be relied upon even more without Dybala. Miralem Pjanic and Sami Khedira should also stay in the first team, but Allegri faces a bit of dilemma as he chooses among the superb Marchisio, who is returning from a cruciate injury, the more creative Hernanes, or the workmanlike Sturaro.

The left wingback has been a resounding success since joining the Bianconeri from Porto, and the previous match against Lyon was no exception. Without Dybala in the side, Juventus will be much more reliant on the running and crossing of he and Alves. If the Brazilian continues his fine form, Lyon will likely face another early exit from the Champions’ League.

The French international has had a frustrating start to the season, battling injury after a fine start, and his missed penalty was one of the points on which the match turned two weeks ago. Only just back from injury in that match, he has looked sharper against Guingamp and Toulouse, and if he can earn Les Gones three points, the rumours linking him to any number of English clubs will once again start to swirl.