DEBATE | Paul Pogba: Why he should be dropped 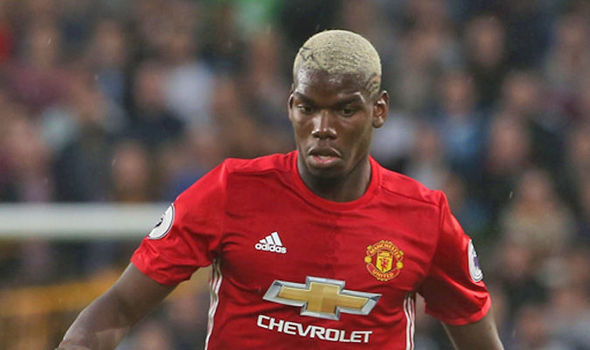 GFFN writers Nathan Staples and Eric Devin go head-to-head as they argue over whether or not Paul Pogba should or shouldn’t be dropped from the French national team. You will decide who makes the more compelling case by voting on social media this evening.

First up, Eric argues why Paul Pogba should be dropped.

Having drawn in Belarus and looked nervy at times against Bulgaria, France were desperate for a win in Holland to take control of their World Cup Qualifying group. Win they did, 1-0, but it was not a result without some worrisome moments. In first place without having yet played Luxembourg, France are in good stead ahead of Sweden’s visit in a month’s time, but much of the focus in the aftermath of their victory centred around Paul Pogba.

The Manchester United player scored a lovely goal from distance, providing his teammates with the necessary margin. That said, Raphael Varane and Laurent Koscielny were Les Bleus‘ real standouts, and Hugo Lloris pulled off a fine save from Memphis Depay as the match wound down.

Thus, to the discerning observer, the positives surrounding the match should have been about the burgeoning defensive partnership, which has conceded just once from open play in four matches. Instead, we have been treated to more narrative surrounding Pogba, who was purportedly on the verge of being dropped for N’Golo Kanté ahead of the match.

His goal showed that he is certainly capable of a moment of brilliance at a level few, if any, of his teammates have, excepting perhaps Dimitri Payet. However, given the quality that France demonstrated in their previous match, a 4-1 pasting of Bulgaria, is Pogba, at his essence, a luxury rather than a necessity?

In that encounter, Pogba played at the base of midfield in a 4-2-3-1, alongside Blaise Matuidi. Didier Deschamps has generally preferred to use that as opposed to a 4-3-3, Pogba’s more natural fit, because it gets the best out of Antoine Griezmann and Payet.

Both performed admirably against Bulgaria, with Kevin Gameiro potentially eclipsing the pair of them. Early nerves aside, the win was France’s most comprehensive result of late, the movement of Gameiro in particular providing a wealth of space for the attacking quartet. Pogba, for his part, was anonymous in midfield, his first touch poor and his passing unimpressive.

He failed to link defence with attack, with Moussa Sissoko and the fullbacks, Djibril Sidibé and Layvin Kurzawa being more influential in that regard, and was also untidy in possession.

One goal later, and his reputation is unfairly restored, as Maarten Stekelenburg may have more to do with Pogba’s speculative effort being a goal than the scorer.

That said, does Pogba, inconsistency and all, deserve an automatic place in France’s eleven? The response here is no.

Simply put, Pogba is too dependent on having the ball at his feet to be effective, something he shares with few, if any of his teammates. Consider the counter-attacking proclivities of Griezmann, Payet and Gameiro, the tireless shuttling of Sissoko and Blaise Matuidi.

None of these players need large amounts of the ball to affect play, a fact thoroughly delineated in contrast to Pogba by the zeros in the tackles and interceptions columns next to his name from Monday’s statistics.

Yes, his height makes him a useful target or bulwark at set pieces, and his range of passing can be sublime, but the array of supremely talented players around him have no such requirements, nor are they as untidy in possession.

Beyond these raw numbers, Pogba’s tackling and temperament are simply too much of a liability, as his unnecessary dust-up with Kevin Strootman on Monday also showed.

N’Golo Kanté, Lassana Diarra (provided his “back issues” are resolved) or Sissoko would make a much more natural partner for Matuidi in midfield, providing more of a screen for the defence but also allowing the right-sided midfielder more freedom.

Moussa Sissoko has done fairly well in this role, but some of the reason that France can struggle going forward at times is due to his prosaic style. He is a lovely player as regards his effort, but his ability to cross the ball or link well with Griezmann, Gameiro or the right back is somewhat lacking, being more reliant on his directness and pace.

With Pogba in the side, though, his defensive workrate is necessary to cover his runs; a more natural attacking threat could be deployed in his stead were the former Juventus man to be dropped.

Nabil Fékir, Ousmane Dembélé and Kingsley Coman offer Deschamps a range of options and styles in this regard; Fekir and Dembélé in particular have demonstrated enough at club level to be deserving of more consideration going forward.

To wit, while Pogba has the potential to make a difference in matches at the highest level, he should not be considered undroppable.

The match against Sweden will put France in full control with a win, but Deschamps should not be afraid to experiment in central midfield, perhaps also drafting in one of Corentin Tolisso or Adrien Rabiot on the back of their exceptional starts to the season.

If, with Pogba on the bench and Sissoko either replacing him or doing the same, France can evince more of a threat going forward, there should be more consideration given to this seemingly controversial shuffle, despite what public opinion may hold.