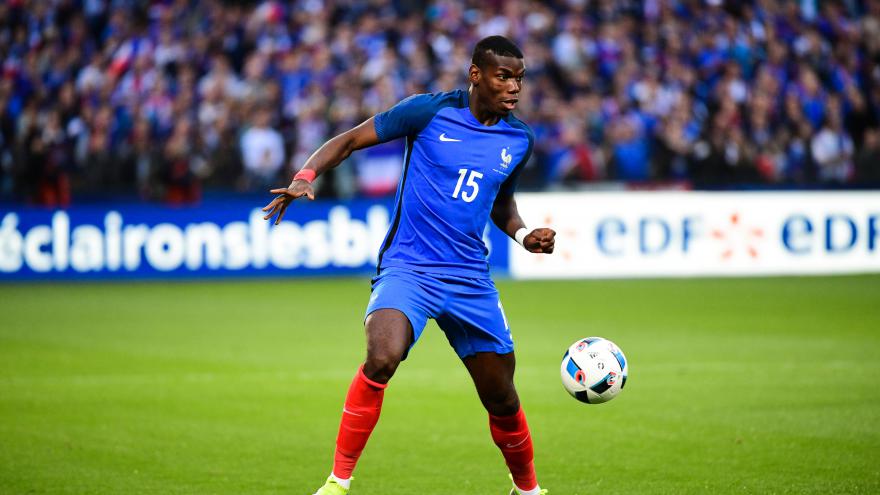 GFFN writers Nathan Staples and Eric Devin go head-to-head as they argue over whether or not Paul Pogba should or shouldn’t be dropped from the French national team. You will decide who makes the more compelling case by voting on social media this evening.

After Eric argued that Paul Pogba should be dropped, Nathan comes to the French midfielder’s defence.

The man himself said it best this week, as he told Canal +:

Or is it simply because he’s the most talented footballer in their squad?

If the answer lies in that final question, then there really shouldn’t be a doubt as to his place in the side. When Pogba gets himself involved, which is as much on him as it is on management or his teammates, he can be an overwhelming force that opponents can’t deal with.

Monday’s game against the Netherlands showed exactly what Pogba can do and why he can be such a pivotal player for the international side. Putting the goal to one side, Maarten Stekelenburg should really save it, the number six was a stand-out performer that dictated the midfield and the eventual outcome of the game.

He was spraying passes left and right, constantly looking to bring the full backs into play. He was positive, if there was space to run into or a pass to slide into a teammate, he would make it. Simply put, when you get a talent like Pogba involved in a game like the team did in this win, he can be such an influence on the outcome.

There was a wonderful moment in the second half where he exchanged a number of simple, short passes with Anthony Martial in the final third. With clever movement and changing of angles, the two worked a nice opportunity that Pogba was visibly annoyed about not finishing off.

That’s not to say it was the perfect performance, he occasionally ran into trouble and he really should be scoring the free header he is given from a corner but that can be forgiven. On the night, he was a real driving force that powered France to a vital win.

Especially on a night where all the other big players took a quick nap before returning to their club sides. Antoine Griezmann was having an off night, Dimitri Payet only had brief flutters of genius and for all of Moussa Sissoko’s hustle, he could not conjure anything of note and that all combined to keep Kevin Gameiro isolated up front.

But in dark times, the big players step up and Pogba performance as he should, even though it was a little overshadowed by a fantastic showing by the defensive pair of Laurent Koscielny and Raphael Varane.

There should be some concerns about his defensive frailties, especially as he adjusts to being in a two-man midfield for both club and country, but it’s more vital to get the right player next to him rather than replace him.

Blaise Matuidi has been on the downturn, having not featured nearly as much for Paris Saint-Germain this season. With his powers fading and with such a similar attacking style to Pogba, he does not allow the 23-year-old to express himself like he can in the attacking half of the pitch.

There are much better options for that role, for example, N’Golo Kante is a superb foil to Pogba’s magic. Famous for interceptions, tackling and recycling possession, the Chelsea anchor would not only help protect the defence that was missing during the international break but free up at least some of the shackles placed on his proposed midfield partner.

Even promoting someone like Adrien Rabiot, who’s had an excellent start to the season infront of the aforementioned Matuidi, would be a better idea. He has had more tackles and interceptions than Matuidi this season, has a similar work ethic style but is a little more reserved, which would complement Pogba.

Another piece that could compliment him is a more traditional winger. Sissoko is employed as an insurance policy, one that decided to wander wherever he wanted in the second half, but someone like Kingsley Coman or Nabil Fekir gives Pogba a creative player to combine with and create magic moments that were missing in France’s play so often.

In the end, this is a plan for the future. Matuidi will be 31 by the time the tournament rolls around, Pogba should be hitting his prime at 25. With a world class talent settled in a formation and aware of what he needs to do week in, week out, it should be impossible to leave him out.

The fact of the matter is that getting the best out of Pogba is in Didier Deschamps’ interest. Such a talented footballer, that can change games on a whim, cannot be simply shuffled out as a luxury or passed off for others that aren’t quite as capable.

DEBATE | Paul Pogba: Why he should be dropped