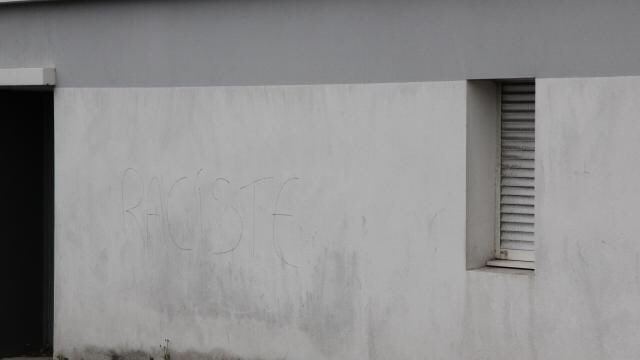 France boss Didier Deschamps will seek to take legal action against the individuals who vandalised his residence in Concarneau yesterday.

His property was found to be vandalised late afternoon yesterday, with the word “racist” etched into the front wall, as seen in the photo above.

Didier Deschamps has in recent days been called a racist by Eric Cantona for not picking Hatem Ben Arfa and Karim Benzema, with the latter individual saying in an interview that he felt that Deschamps had given in to racist pressure.