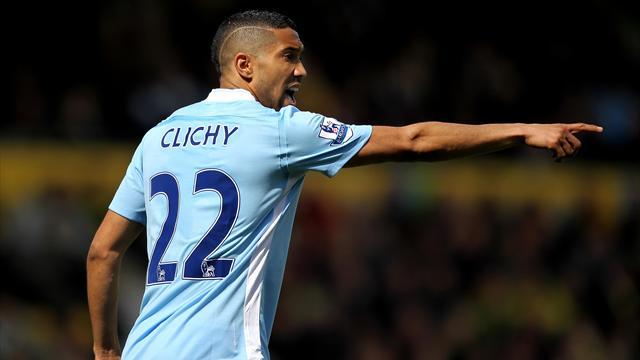 As Paris Saint-Germain struggled to a 2-all draw against Manchester City in the Champions’ League, giving rise to the boilerplate commentary about the quality of Ligue 1, the race for inclusion in next season’s edition continued apace. Several players hopeful of getting the call this summer were instrumental in their teams’ success, making a concerted effort in the hopes that qualification would be enough to turn Didier Deschamps’ attentions their way. As always, players are listed with their club team, the last date they were included in the squad and their performances in the week of matches ending April 10.*

Just as a surging Rennes were threatening to write a struggling Nice out of the race for the Champions’ League in Ligue 1, Hatem Ben Arfa showed the brilliance that saw him being touted as the division’s best player some three months ago. Now fully recovered from a month missing due to injury, Ben Arfa’s hat trick wasn’t a trio of sublime goals, but it was the type of driven performance that his club needed. With Les Aiglons now just two points off a place in the Champions’ League, and a key match against Lyon looming, can Deschamps really ignore Ben Arfa if Nice finish third?

With Patrice Evra getting no younger, and Lucas Digne failing to display much consistency against top-tier opposition for Roma, can Deschamps continue to exclude Clichy? Shaking off an early booking in the Champions’ League, the veteran left back turned in a massively assured performance, effectively shackling Angel Di Maria and limiting the dangerous Serge Aurier. Admittedly Clichy wasn’t really called upon to get forward, but he nevertheless executed Manuel Pellegrini’s plan to perfection.

Lyon admittedly road their luck on their trip to face La Paillade, but Lacazette was at the center of much of what Lyon got right. Shrugging off the label that he had acquired as being an immature and self-centered player, Lacazette has instead developed into a real leader under Genesio, his implicit trust in the likes of Rachid Ghezzal and Maxwel Cornet doing much to boost the duo’s confidence. Despite not being on the scoresheet for the first time in over a month, Lacazette’s grit and energy demonstrated that a striker need not only score to influence a match, Deschamps’ decision over his complement of forwards becoming more agonizing by the week.

Sagna’s battle against fellow veteran Christophe Jallet for the starting right back berth may just have swung decisively in the former Arsenal player’s favor. Last mid-week against the French champions, Sagna was imperious, his interplay with Jesus Navas key in limiting Blaise Matuidi, and with City now into the semifinals, Deschamps must surely have Sagna ahead of the Lyon player.

Crystal Palace hadn’t won in ages, and were being talked about as outside candidates for relegation, their inertia dragging the London club toward the dotted line. A visit from Norwich City, who were also far from safe, had the potential to really put the cat amongst the pigeons, as a Canaries win would have seen them pull to within just one point of the hosts.

However, the energy of Cabaye and his teammates would see Palace firmly put Norwich in their place, putting on the kind of performance that had seen the team as high as fifth in late autumn with an all-action display that ended in a flattering scoreline for the visitors. While Cabaye is no longer the nailed-on starter that he was in Brazil, he readily showed that his place in the squad should be secure.

Blaise Matuidi is one of the world’s best central midfielders, but with so much of his success predicated on his tireless running, has he started to hit a wall? 29 last Sunday, Matuidi is no longer a young player, and this season is his eleventh as a regular. His performance against Manchester City displayed none of the usual verve and energy of which he is capable, and his booking which saw him suspended for the return leg was also disappointing from a veteran player. While still likely to start come the summer, Deschamps might do well to have a word with Laurent Blanc about resting Matuidi more often.

The archetypal target man, Giroud’s being displaced by the more mobile Danny Welbeck in Arsene Wenger’s starting eleven may spell the end of any small hopes the former Montpellier player may have harbored of starting. His indifferent form, coupled with Antoine Griezmann’s powerful performances of late may mean that the role of bulky number nine may come down to either Giroud or Andre-Pierre Gignac, not both, given their lack of versatility vis-a-vis other candidates to play at centre forward (Griezmann, Lacazette, Martial).

With the injury to Lassana Diarra potentially opening up a place in the squad for a holding midfielder, Coquelin has as good a chance as any player to be included this summer. However, being the first player pulled in a crucial league match will do little for his confidence, and there just may be too many questions surrounding his ability to get forward and break up play a la Kante and Diarra. Coquelin may yet get his chance for France, but the odds on that being this summer are becoming increasingly long.

Having struggled since his return from injury to break into Bruno Genesio’s starting eleven, Valbuena’s swansong for France may have already happened, as opposed to the potential of winning a tournament on home soil. Rather than retiring from France’s international setup at the pinnacle of European football, Valbuena will likely be left wondering how his move to Lyon went wrong. While this is the natural order of things, especially in a highly youth-oriented Ligue 1, given Valbuena’s vast international experience, his inability to displace either of Ghezzal or Cornet is a strong indictment that he is past his best, fit or not.

Beyond the ongoing legal issues surrounding Benzema, his recurring thigh issues might just be giving Deschamps enough justification to see the Real Madrid player excluded. With a poor performance against the German side before going off, Benzema has done himself no favors of late. Even were he to be fully fit and free of any off-pitch issues, the form of Antoine Griezmann may have kept Benzema out of the starting eleven. Now, his place in the squad proper may be at risk.

*This article was written prior to the French Football Federation announcing that Karim Benzema would not be selected for the European Championships this summer.