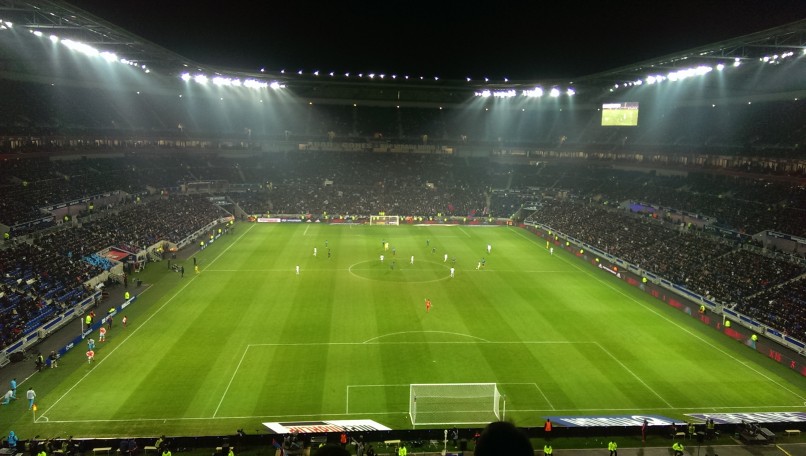 After a finish to the season that was full of promise, LOSC Lille will go into their first competitive game of the 16/17 season full of confidence. Having qualified for the Europa League fairly comfortably in the end, Frederic Antonetti’s men will be looking to get off to a good start against the Azerbaijani club, Qabala FK, as the club gear-up for the start of their Ligue 1 campaign.

As confident as Les Dogues may be, this game is unlikely to be a simple walk in the park. In a pre-match conference, Antonetti stated that the only thing that would be certain is that “it will be a tight match” as Qabala FK, who have played four Europa League matches already, have the advantage of a sharper match-fitness and an underdog spirit, after knocking out Samtredia and MTK.

LOSC Lille will be without star-player Sofiane Boufal, after the Moroccan underwent a knee operation that is expected to rule the forward out until September. New signings Younousse Sankhare from Guingamp and Portuguese striker Eder, scorer of that fateful goal in the EURO 2016 final, will also be absent. However, LOSC are not short of attacking talent, as Yassine Benzia, Eric Bautheac, Lenny Nangis and Morgan Amalfitano are all available for selection.

The same goes for Lille’s backline. Vincent Enyeama, Marko Basa and Renato Civelli are all expected to feature, along with talented full-back Sebastian Corchia, who has recently been reported to be getting attention from Paris Saint-Germain. Antonetti, who favours the 4-3-3 formation, also appears to be spoilt for choice in the centre of midfield, with Ibrahim Amadou, Mounir Obbadi, Rony Lopes and Captain Rio Mavuba all competing for a starting spot.

Qabala FK look likely to pick a similar side to the one that faced MTK one week ago. Goal-scorers Sergei Zenjov and Theo Weeks look likely to join Filip Ozovic in the forward roles, sitting behind French-forward Bagaliy Dabo, Qabala’s target-man. As a team that play very defensive football, we’re likely to see Qabala trying to hit Les Dogues on the counter, and the pace of players like Weeks and Ozovic are likely to be a key part of this.

Eric Bautheac (Lille) – With Sofiane Boufal out injured, Lille will be pinning their hopes on pacey French-forward Bautheac against Qabala FK. After an injury-stricken season, Bautheac will be looking to prove to the LOSC faithful that he can be the main man for them this season, and his ability to unlock defences with his pace might just be key for Lille in their search for a positive start to competitive football this season. A good start for Bautheac in this game could make Lille’s prospects of a good Ligue 1 campaign that little bit more likely.

Sergei Zenjov (Qabala FK) – The former Blackpool man has had a difficult couple of years, moving from club to club, and eventually ending up in the Azerbaijani first division. However, over Qabala’s last four Europa League matches, the big Estonian has been absolutely vital. His ability to play a number of forward roles, either as a winger or as a centre-forward, has been key in helping the Azerbaijani side get the most out squads abilities, and a goal in his last game is certain to give him confidence.

Despite Qabala’s excellent results in their previous Europa League games, I fully expect LOSC Lille to finally start scoring the goals they have lacked in pre-season and get 16/17 off to a positive start. Qabala’s defensive resilience will make them hard to breakdown, but as long as Les Dogues can get that vital first goal, I expect them LOSC Lille to impress their fans this Thursday evening.