Exclusive | Moussa Dembélé: “I know that in the end, hard work always pays off.” 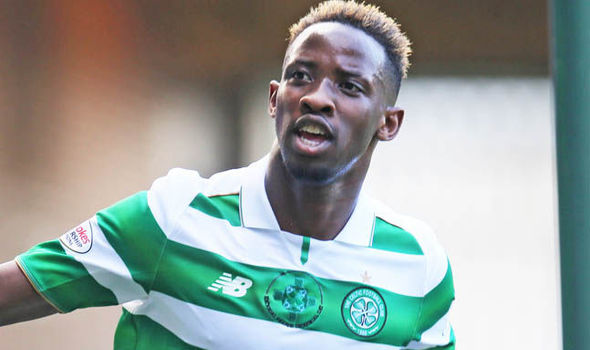 Following Celtic’s narrow victory over Dundee on Saturday, GFFN spoke exclusively to French youth international and 20 year old striker Moussa Dembélé, who has certainly had a week to remember.

Hello Moussa, congratulations on a remarkable seven days. Didier Deschamps confirmed this week that he is watching you, on the very same day that you received a new call-up to the France U21s. What personally do you want to achieve with the U21s and what would a call-up to Deschamps’s team mean to you?

If Didier Deschamps is keeping an eye on my performances then it means that I am doing well so that is a positive sign for me.

I would be proud to play for a manager like him. I know that in the end, hard work always pays off. I am a competitor. I am ambitious so I keep working and I will get rewarded for it.

Being called up to play with the U21s is an honour and I will obviously do my best and take everything that comes from the experience on board. It will make me a better player.

Another milestone this week came in the form of a nomination for the 2016 Golden Boy. How does it feel to be whispered under the same breath as national team Kingsley Coman & Ousmane Dembélé, who are already big players for big teams?

It means that people in football are giving credit to my hard work, to my performances and to my achievements.

Everybody wants to know, that spectacular goal against Manchester City, the overhead kick, did you mean to put it into the bottom left corner so beautifully?

When the ball came to me I had to control it and make a quick decision, I had a quick glance over and registered the necessary information on the goalkeeper’s position.

Then, honestly, it was just an instinctive gesture that looked good. But what was most important was that it was a goal that helped the team. A goal is a goal.

And finally a question on your celebrations, what is the thinking behind your traditional knee-slide?

(He laughs) There is nothing really prepared about it. I just run and slide on my knees like most players do when they score. There is no particular thinking behind that.