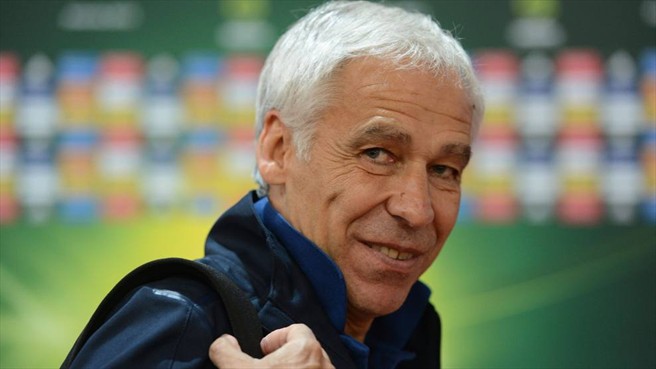 When Pierre Mankowski was promoted to manage the France under-21 (‘espoirs’) side in 2014, much was expected of the coach that had won the country’s first under-20 World Cup the previous year. His team – featuring the likes of Paul Pogba, Geoffrey Kondogbia, Samuel Umtiti and Alphonse Aréola – had seen off a stern Uruguay side on penalties and confirm themselves as one of France’s most promising generations yet.

In letting him follow the players he had worked with up to the next level and succeed the Bordeaux-bound Willy Sagnol, the French federation saw the opportunity to solidify this group of players, many of whom were destined for big things.

By October 2014, several months following his appointment, Mankowski was a playoff against Sweden away from taking his side to the 2015 European Championships. France, boasting some of the most promising players on the continent such as Nabil Fékir and Giannelli Imbula, were logically favourites.

Having won the first leg 2-0, Les Bleuets had disastrously conceded three to the Swedes in the return leg before scoring in the dying moments of the game, securing themselves, as they had thought, a place in the Euros. What followed, though, was a 90th minute winner from Sweden’s Oscar Lewicki, condemning French youth football to a new state of crisis.

The lasting image from the game would inevitably be full-back Layvin Kurzawa’s premature gloating celebration in front of the opposition, which was then reciprocated by striker John Guidetti after Sweden’s 4th and again by the whole team several months later, upon winning the tournament. It would have been difficult to imagine a worse start for Pierre Mankowski as manager of the under-21 side.

Given the recent explosion of French youth players and their propagation throughout Europe, though, it could easily be argued that Mankowski had already made a sizeable impact on French football over the last few years by bringing to the fore a host of players – if the likes of Ousmane Dembele, Kurt Zouma or Anthony Martial are now plying their trade abroad, it is not solely thanks to their club form. It is under his tutelage that they progressed at international level.

Nowadays, however, his tenure as under-21 boss – the final step before the senior side, of which he had been assistant manager between 2002 and 2010 – is continuing the way it had started. After two defeats in qualifying for the 2017 European Championships, Les Bleuets are no longer in control of their own destiny, trailing Macedonia in the sole qualifying spot by a point before the final round of games in early October.

The latest of those defeats was dealt by a last minute winner from Ukrainian midfielder Yurii Vakulko, at the end of a match which had largely been dominated by Mankowski’s side, but with an end product that was sorely lacking.

In the following days the French Football Federation President Noel Le Graet would comment that ‘We have the players, but not the team’, a considerable reversal in his attitude just 12 months beforehand, following the first defeat in qualifying – ‘I expect them to qualify. The first match was an accident’.

Has his trust in Mankowski eroded over the past year? There’s some truth to Le Graet’s latest statement, though: surely, given the staggering wealth of talent running throughout the French youth ranks, he should be able to provide more convincing results?

On the other hand, is the task of a youth team manager necessarily to win games at all cost? It’s far more prudent to use youth teams for their actual purpose – to give young players a taste of international football, give them the tools necessary to succeed at the highest level, and to move them along the conveyor belt up to the senior side.

This is especially true of Pierre Mankowski, who, after seeing many from his 2013 World Cup winning side make the step up a few years before, has had to contend with recently losing Ousmane Dembele and Kingsley Coman, arguably France’s biggest hopes in that age category, to Didier Deschamps. This is the nature of a youth team – players come and go and there will never be a stable squad, making lasting success unviable whatever the quality of the players or the coach.

The results are often inconsistent, but it is undisputable that Pierre Mankowski has provided a base for the players he has coached to build on – whatever the age group -, as evidenced by the number of young debutants for the French national team over the last 24 months.

He may not help France win the under 21 European Championships next summer, a tournament they last won in 1988, but on the basis that his primary task in running the team is to prepare his players for an international career, he is indisputably succeeding.