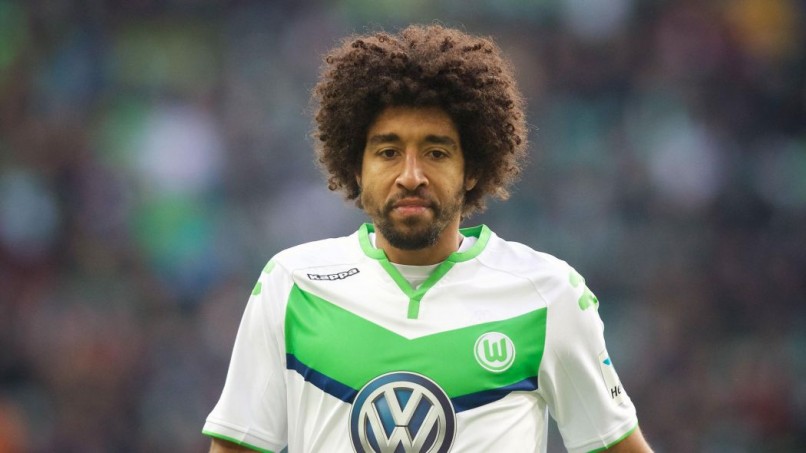 Nice supporters have good reason to be excited about the new season –  three games, two wins and a draw, one goal conceded. Despite this, however, there are still a couple of issues that needed to be addressed during this transfer window.

One of Nice’s main weaknesses over the past few seasons has been at centre back. This weakness had become especially apparent this season. Nice found some temporary continuity with the Baysse – Le Marchand partnership last season. However, this was shattered when Le Marchand suffered an ACL injury against Saint Etienne in May of 2016.

With Le Marchand out at least six months, and the losses of Kevin Gomis and Romain Genevois, Nice had very few options at centre back at the start of this season. This forced Lucien Favre to start Malang Sarr next to Paul Baysse for the first two games.

While the seventeen year old was very impressive, it would be irresponsible to expect Sarr to become the starting centre back while Marchand is injured.

Therefore, it was clear that one of Nice’s main objectives this transfer window would be to acquire a starting quality centre back. Having identified this weakness, Nice seem to have signed a player who ticks all boxes in Dante Bonfim also known as just “Dante”.

Dante began his career with Juventude in the Brazilian Serie A. After playing for two years in Brazil, he moved to France in 2004 joining Lille. However, after playing just 12 league games in two years, Dante moved to Belgium where he had successful spells with Charleroi and Standard Liege, winning the 2007-2008 Belgian Pro league with Liege before moving to Borussia Monchengladbach in January of 2009.

After three seasons battling relegation and a difficult 2010-2011 season in which he struggled with injuries, Dante rebounded under Lucien Favre and was a huge part of their successful 2011-2012 season in which they finished 4th. Bayern Munich noticed his success and signed him in the summer of 2012.

Although initially signed as a backup, Dante quickly became an integral part of the Bayern backline usually partnering Jerome Boateng. He came into the public eye when he put in a monstrous performance against Barcelona in the Champions league semi-final which Bayern won 4-0 and 7-0 on aggregate.

Bayern would go on to win the treble that season. Dante remained important for Bayern the next season under Pep Guardiola making 46 appearances. However the Brazilian struggled for playing time during the 2014-2015 season and joined Wolfsburg during the summer of 2015 on a three year deal.

The main asset that Dante gives Nice is his experience. Nice have a talented but extremely young squad, and Dante’s experience, especially in Europe, will be a huge plus as Nice have been drawn in a tough group with Schalke, Red Bull Salzburg, and Kuban Krasnodar. Dante is also a winner in the truest form of the word, having won the Bundesliga three times and the Champions league once, along with many other titles.

This will be invaluable to Lucien Favre, as he tries to take Les Aiglons to the next level and challenge teams such as Monaco and Lyon for Champions league football. Dante will not accept failure and this will transmit onto his teammates giving them a winning mentality.

Another positive is that Dante has worked with Lucien Favre before, at Gladbach. Dante is known to have a very good relationship with the Swiss tactician. On his arrival at Nice, Dante said  “I have a great respect for him (Lucien Favre). He helped me a lot during my time at Gladbach”.

One person who will hugely benefit from Dante’s arrival is Malang Sarr. The central defender has enormous talent, but is just seventeen years old and is not ready to take on a full starting role. Instead, he will be able to learn from Dante without being rushed into the team and will get valuable time to develop while still being a very capable deputy for the Brazilian centre back, should the need arise.

By the time Dante’s contract expires in 2019, Sarr will be 20 and fully ready to step into the team and become starting centre back. In fact, this may even happen earlier with the roles reversing and Sarr starting while Dante becomes a backup.

The only negative thing about signing Dante is that since the 2014-2015 season, his performances had started to slide. However there is no reason why he cannot regain his best form under Favre as he still has a good number of years left in his career.

In addition to the players they have already signed, Nice still seem eager to complete one or two more transfers. Having seen talks with Al-Hilal stall over the transfer of Carlos Eduardo, Nice’s main focus should be on signing a striker. They have already signed Anastasios Donis on loan, however, despite being clearly talented, Donis lacks the experience to consistently score goals this season.

This leaves Alassane Plea who has started the first three games of the season upfront. Plea is showing some signs that he is ready to lead the line, and he scored his first goal of the season in the 0-1 win against Angers. However, some of the glaring chances that he is missing are serious causes for concern.

Plea is still only twenty three years old, and to depend on him as the only option would be foolish, considering his best goalscoring season yielded only six goals. Signing a striker would lessen the load on Plea and give Nice another option, should Plea struggle this season. Recently Nice have been linked with Mario Balotelli who would be a big risk, but could also turn out to be a very astute signing given the right circumstances.

By all accounts, Nice have been quite conservative this transfer window, opting for youth rather than proven quality. Signing Dante, plus potentially a proven striker, could be the final piece of the puzzle for Nice as they try and reach new heights.