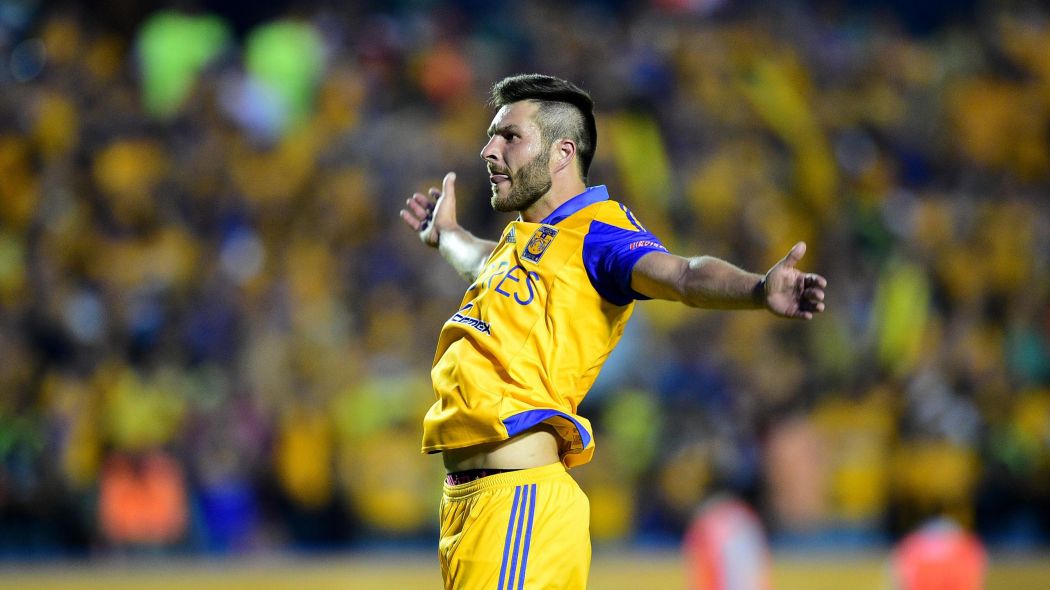 On the day that Didier Deschamps announces his France squad for the forthcoming European Championships, we take a look at the French strikers who have scored the most goals this season.

APG has had an incredible season in Mexico with Tigres scoring 33 goals and finishing up as the top scorer of the Mexican league. His power and excellent shooting ability have enabled him to succeed in Central America. Gignac has also grabbed two goals for the French national team over the course of the 2015/16 campaign. He has certainly done enough to convince Deschamps to be in the squad.

Atletico Madrid’s versatile French attacker has taken his game to an entirely different level this season and will likely take up the mantle that Karim Benzema has left as Les Bleus’s most important attacker at EURO 2016.

One man who won’t be included in Didier Deschamps’s France squad this evening is disgraced Real Madrid striker Karim Benzema, who is suspended from all activities with the national team until the case against him concerning the blackmail of Mathieu Valbuena is dropped. That however does not stop him from having the best goals to game ratio out of any of the players on this list. 2 of his goals this season have come with the national team.

The diminutive Frenchman has been nowhere near the French national team for a while now, despite his continued consistency with Sevilla in Spain. This fox in the box type of attacker could be useful to Deschamps depending on the nature of the matches at EURO 2016, but DD will certainly not be picking him for the 23 man squad tonight.

A man who remains largely under the radar on the European football scene, France U21 international Sébastien Haller has had an incredible campaign with Dutch side Utrecht.

4 of his 26 goals this campaign were scored on international duty, but this powerful and sharp attacker will certainly be going to pastures anew in the summer transfer window. While it remains far too early for a call-up to the senior national team, there is no doubt that Haller will get his chance on the main stage in the near future.

Arsenal’s French frontman has had a torrid season, but his height and deft touches will almost certainly secure him an inclusion in tonight’s EURO 2016 squad. He has scored four goals over this campaign for France, more than anybody else on this list, which says something in itself.

A season of two halves by all accounts for Lyon’s sharp-shooter, who is widely expected to just fall short of the 23 man squad that Didier Deschamps will announce tonight. A shame, because he is the most in form French striker at the moment out of anyone on this list.

Toulouse’s relegation-avoiding weapon was once banned from playing for any French national team due to a nightclub incident, but his performances in the last 2 months have been nothing short of breathtaking, beating all the odds to put Toulouse’s destiny in their own hands on the final day of this Ligue 1 season.

Charleroi’s front man has had an understated season from a European football perspective, but has cemented himself over the course of this campaign as one of Belgium’s first division’s most dangerous attacking weapons on loan from Turkish side İstanbul Başakşehir.

Undoubtedly one of the standout players this season in the entirety of European football, Ben Arfa’s redemption has been completed with an incredible season with OGC Nice. The former Hull City reject has now become the subject of reported interest from Barcelona…

Mathieu Debuchy out for EURO 2016