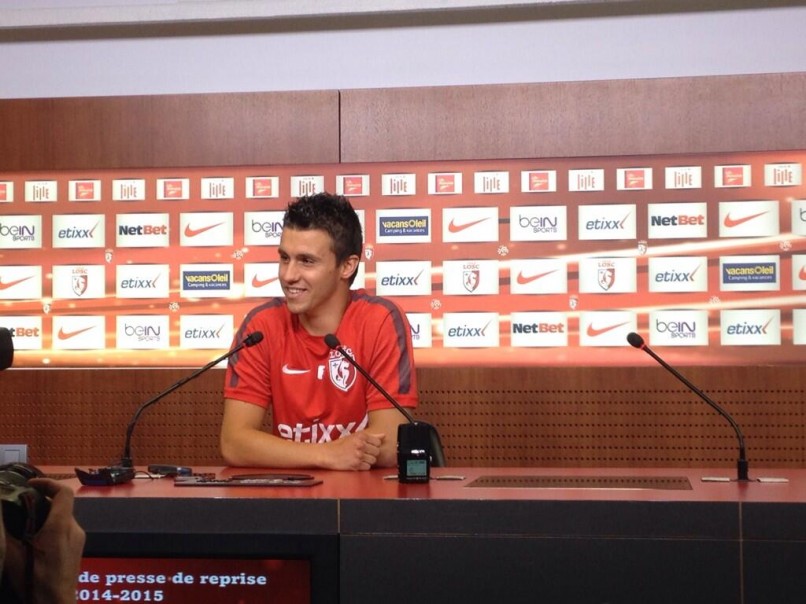 At right-back, the award goes to an individual who for much of this season was criminally under-recognised, to such an extent that it perhaps ultimately cost him a place in the 30-man squad for EURO 2016.

At Sochaux and under René Girard at Lille, Corchia was perhaps best-known for his offensive contributions, playing several games for the former Montpellier title winning coach in a right-midfield position.

This year, Corchia has instead showcased an exceptional defensive consistency, making him a vital asset to current boss Frédéric Antonetti in his quest to turn LOSC from relegation battlers to European contenders.

The end result for both Antonetti and Corchia was more than perhaps both could have possibly hoped for, securing a spot in the Europa League qualifying rounds for next season after beating St Étienne on the final day of the 2015/16 campaign.

During 2015/16, Corchia has shown marked improvements in both his defensive positioning and physicality, two changes that have enabled the Frenchman to become one of Ligue 1’s most impressive full-backs.

Many will wonder why Serge Aurier has not picked up this award on this particular occasion, but voters and then the panel indicated that they felt the Ivorian international effectively derailed his own season with Periscope-gate. When Aurier returned from his suspension, his levels of performance were simply not the same as they were before the scandal broke.

And so Corchia wins for being uncontroversial, quietly hardworking and, arguably for the first time in his career, so exceptionally comfortable when dealing with the majority of Ligue 1 opposition.

The right-back will however be hoping to re-discover some of the creative proficiency that he first became known for at Sochaux during next season’s campaign. Two goals and two assists throughout the entirety of 2015/16 will surely not be statistics that the Frenchman is pleased with, especially in the latter and more important category.

At the age of 25, Corchia can no longer be labelled a prospect. The end of this campaign marks an important crossroads in the Frenchman’s career, with a high-profile move to the right club that can guarantee him playing time likely to take Corchia’s game to the next level and ultimately a space in the French national team.