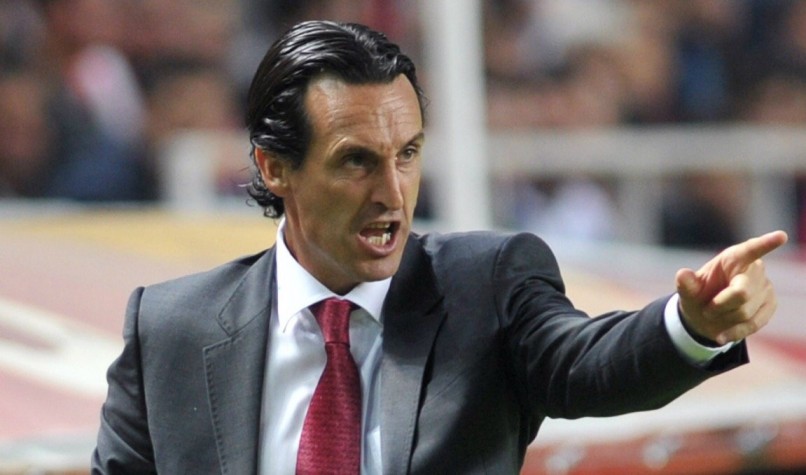 Following on from a look at the club’s who delivered in the first part of our half-season review yesterday, today we assess the clubs who were expected to do much better when the season kicked off five months ago.

There is hence no place in the following piece for sides that were expected to struggle (the promoted three, Caen, Lorient, Bastia) or sides from the South West who cannot seem to put a run of form together (Bordeaux confirming that they must be the most frustrating team to support in the entire division and Toulouse who did not follow up their promising start to the season (beating Monaco and PSG at home) with consistent results, with 2 wins in their last 10).

A lot of experts will be blaming PSG’s 3rd place halfway through the season on new manager Unai Emery and they would have a point. PSG are on 39 points after 19 games, 12 points less than in 2015 and have scored 10 goals less. Surely it is the manager’s fault…

A comparison between this half-season and the last one is possibly the most unequal you could come up with, such was PSG’s scintillating play in the later months of 2015. 2014/15 was a season when the league was won without the football being spectacular and PSG were criticised for not being professional enough or not giving the fans their money’s worth (truth be told, I would rather watch a tense and dramatic game with less quality rather than a side brushing aside an opponent 10-0 with the game over after 10-odd minutes, but that is just me).

Those critics were shut down in 2015/16 which was the best season PSG ever had in its history: it was always going to be hard to follow up from 96 points and 102 goals scored. A bit like wanting to win the Champions’ League the season after having already won it.

Therefore, 2 factors have made Unai’s job more difficult than Blanc’s ever was:

Last season was one of the worst in terms of quality of the opposition in Ligue 1 since PSG became rich. Nice were good but not as good as they are now, whilst Monaco simply refused to attack (a goal difference of 30 tells its own story). PSG now find themselves wondering if they were really as good as they thought they were last season or simply that the rest of the division was not good enough.

Unai’s shortcomings only highlight what is wrong with PSG’s recent strategy (or lack, thereof). Without a sporting director (well, until Kluivert arrived, but what is he actually doing?), there was no sense of who to buy and what exactly the strategy was behind the club’s transfer policy. Due to Financial Fair Play restrictions, PSG were limited to one major acquisition per year (the latest being Angel di Maria) who today is simply not good enough, but that is a story for another day. Even though the defence in its current state is solid enough in terms of quality and numbers, the central midfield slots are not supplied with effective back-up and any injury to the starting XI is being both harshly felt (see Rabiot) and causing repercussions in terms of on-pitch form. The same can be said of the wingers (Pastore). With their FFP punishment finally served, they will have more opportunity to flex their muscles in the coming transfer window.

But still, Unai should be criticised. His purchases in the transfer market have not delivered (Jesé is likely off to Las Palmas on loan while Krychowiak has so far been one of the worst acquisitions under the Qatari regime), his constant favouritism of Di Maria over Lucas Moura (the Argentine is as motivated as he was in his latter games at Manchester United while the Brazilian has been an inspiration going forward) and his lack of confidence in Hatem Ben Arfa (he only plays him as the attacking midfielder role in a 4-2-3-1, arguably the toughest position for an attacking-minded player in modern football) are just not helping him.

He also reckons that Matuidi is a better fit for the left-winger position than either Jesé or Ben Arfa (it is not a bad assumption but it is just not Matuidi’s natural position). Simply put, Unai is not doing himself any favours and he is slowly but surely losing the dressing room. Football is not just a results industry, attitude in performances is important and the body language in the latter games of this half season have been the worst since the takeover.

Having said that, let us not forget that Unai was not brought in from Seville to surpass last season’s whopping statistics or even to make PSG play better. He was bought because he has experience in winning European competitions. Too bad he did not top a group featuring Arsenal despite playing better in the two games against the Premiership club. Does that make us confident for the forthcoming Champions’ League clash against Barcelona (even though Barca are not having the best of seasons with a points to game ratio barely superior to 2)? Flatly, still, no.

The Spaniard is going to have to deliver sooner rather than later. It is a good thing for him that the board does not yet know who to replace him with. Yet.

Saint-Étienne: time for a change?

Time flies when you consider that Christophe Galtier’s first game in charge was in 2009 (almost 8 years ago). Back then, Saint-Étienne were fighting to stay in Ligue 1 (they finished 17th in 2008/09 and 2009/10) and Galtier has transformed the club from being relegation candidates to Champions’ League nearly men. From 17th in 2010, Saint-Étienne have become a regular fixture in the Europa League owing to their consistent league position finishes (for the last 5 years, Les Verts have finished between the 4th and 7th place).

Unlike Nice, Saint-Étienne have decided to take the Europa League seriously which has been detrimental to their league form. They got out of a tough group (featuring Mainz and Anderlecht) but have also been the side to have drawn the most games in the league (8), which ultimately spells mid-table mediocrity at the time of writing.

The defending has not been that good, at least not typical of a Galtier side: Saint-Étienne have only conceded 16 goals thanks to the superb form of Stéphane Ruffier while the attacking has been lacklustre. Saint-Étienne have some decent players going forward (Monnet-Paquet, Tannane) but, without Beric to put the ball in the back of the net, goals are very hard to come by. Bearing that in mind, you struggle to get yourself excited whenever watching Saint-Étienne. You know that they probably will not concede many goals thanks to their goalkeeper and central defensive stalwart Loïc Perrin, but you also know that they will more than likely not get the job done in front of goal. This makes Saint-Étienne one of the dullest teams to watch. At least domestically, a considerable disappointment.

Lille: stability a thing of the past?

Just like last season, Lille have changed their manager early on and the new man in the hotseat seems to be getting things right without making radical alterations. Frédéric Antonetti had a great end of 2015/16 with the Northern outfit: Lille were undefeated in their last 10 games of the season finishing only five points behind 3rd. The football was attacking and beautiful on the eye, with players like Benzia and Boufal producing some lovely stuff.

Granted, Sofiane Boufal was sold to Southampton as part of Claude Puel’s French revolution but how did Lille go from a goal-machine who could give anyone a game in the latter months of last season to a side so disjointed that they were found at the foot of the table in late September (bit early in the season yes but not that early)? Antonetti has proven that he is a good manager in the past but stories of unrest emerging from the dressing room (Rio Mavuba reportedly the perpetrator) could start to explain why Lille were so poor until Antonetti got the axe.

Under Patrick Collot, Lille have been rejuvenated the same way that they were when Hervé Renard departed last season. Therefore, we fully expect Lille to have a much better second half of the season and go on undefeated runs again. 5th is very much a plausible finish, such is the quality of their squad.

Angers: the victim of the league’s improvement

This time a year ago, Angers were sitting pretty in 3rd having only scored 17 goals. Retract 2 goals and you have this season’s tally. Not only has the league improved to the level where being organised and avoiding defeat most weekends does not make you a contender for European competition, Angers’ defence has worsened after a rather decent start.

After 3 defeats in as many games at the start of the season, Angers won their next 3 matches in September. However, a win at Bastia and another success against Lille were to be the only further 3 points that the Angevins would pick up until the winter break. The rest of the season does not look rosy either as key players such as N’Doye, Diedhiou, Toko Ekambi and Pepe are more than likely to depart for the African Cup of Nations in January.

No one is actually surprised that Angers are having a rougher time this term – they were nothing more than a solid outfit – but their 16th position halfway through proves that being organised is simply not good enough this season.

The quality of Ligue 1 is possibly at an all-time high. And that is a joy to see.