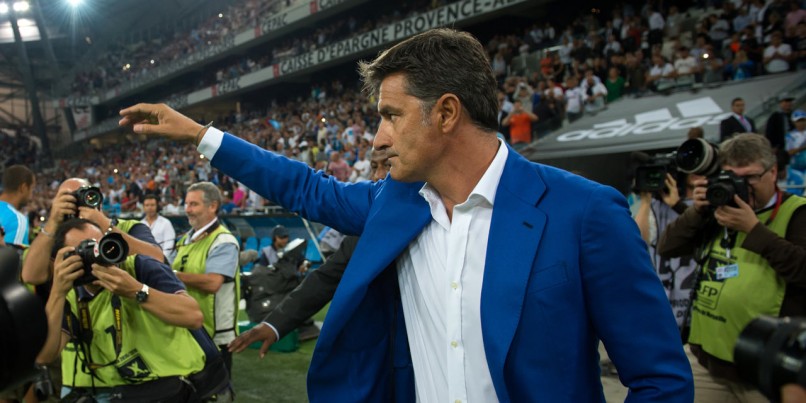 Following another disappointing performance at the weekend against St Étienne, our colleagues at Foot Mercato reported last night that Marseille manager Michel is beginning to lose control in the dressing room.

Several key individuals within the squad were said to be aghast with the way in which OM set-up to face Les Verts, in a match that ultimately ended in a 1-1 draw thanks to a last-gasp equaliser from Michy Batshuayi.

It is understood that there was severe discontent surrounding the decision to use wingers an inverse fashion, i.e. playing a left-footed individual on the right wing and vice-versa, the presence of Steven Fletcher in place of Michy Batshuayi was another factor that reportedly caused tension.

However, the biggest bone of contention that some of the key individuals within the Marseille squad have with Michel at the moment is understood to be his treatment of the Abou Diaby situation. Some of the former Arsenal man’s current team-mates believe that Diaby should have been given time against both Trelissac in the cup and on Sunday as a substitute against St Étienne.

It is our understanding that Abou Diaby himself feels more than ready to begin making a contribution to Marseille’s campaign.

Internally, Michel addressed the latter criticism by claiming that his initial game plan was scuppered by the sending off of Nicolas N’Koulou, which forced him to bring on Karim Rekik, essentially indicating that Diaby was due to make his first appearance for the club.

The damage has however, to some extent, already been done. The reported fact that certain Marseille players are openly criticising and even arguing with Michel over tactics and team selection suggests a severe breakdown in the Spaniard’s capacity as a manager.

On the pitch, Marseille have yet to find any decent rhythm going forward all season and find themselves languishing in mid-table in the French top flight when this time during the previous campaign they were fighting for the title. In Europe, OM face the daunting prospect of heading to Spain on Thursday where they must overturn a one goal deficit having lost the first leg to Athletic Bilbao 1-0 at Velodrome last week.

It is not just internally that Michel is having problems. The former Olympiakos boss was widely booed by the Marseille faithful on Sunday and his personal car was even attacked and battered by some other “fans” after the final whistle.

The only place where the pressure is not coming from at the moment, from a Michel perspective, is from upstairs. Vincent Labrune has, if L’Équipe 21 are to be believed, already begun looking for Michel’s summer successor, but he will not pull the plug before the end of the season, unless something truly drastic occurs.

All is not well in Marseille.